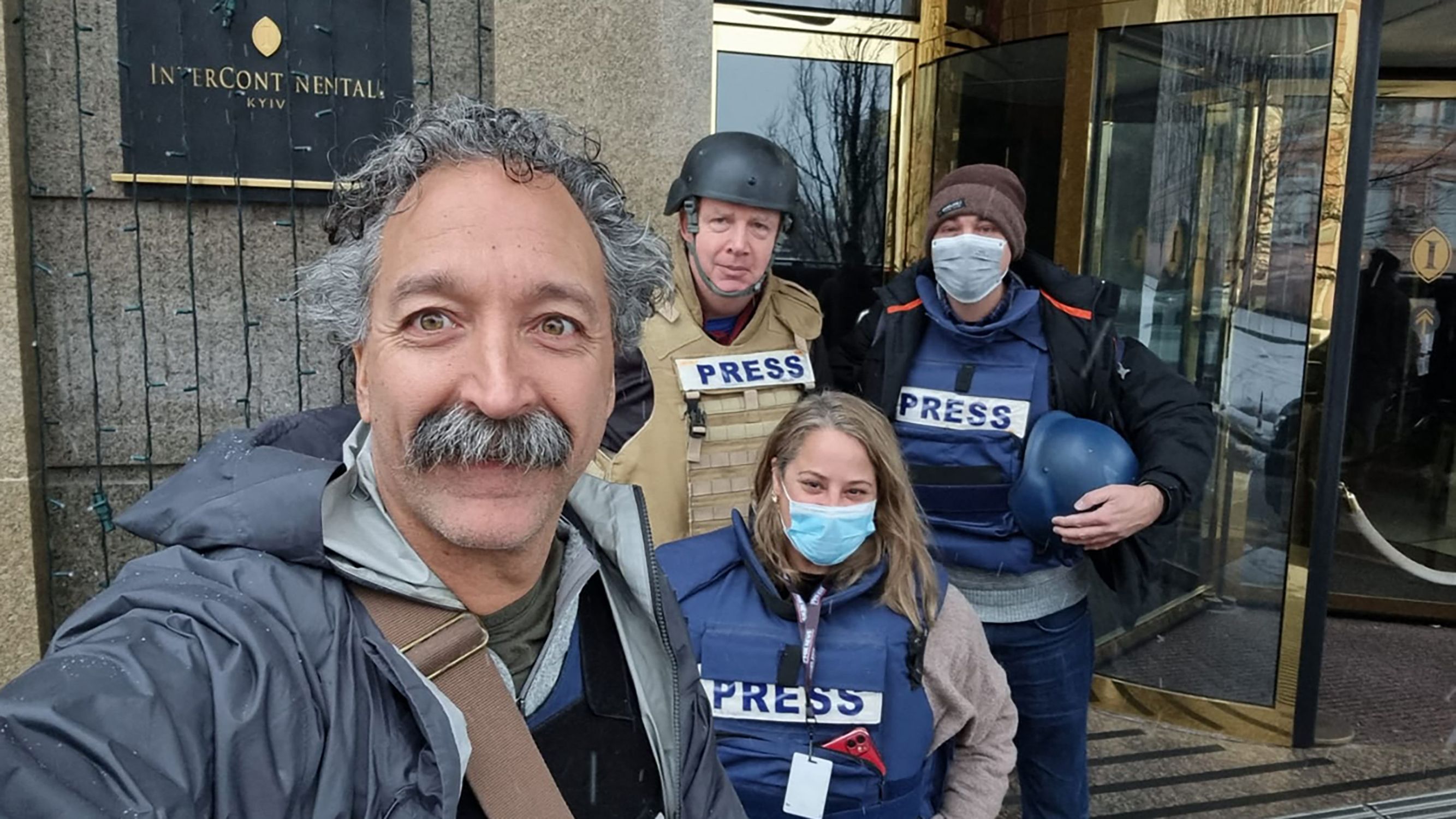 The harshness of the war in Ukraine, in full escalation in its third week, also affects the journalists who cover it. The Fox News network announced on Tuesday the death of Pierre Zakrzewski, a cameraman for the American network. He has died hours after the vehicle in which he was traveling suffered an attack on Monday in Horenka, on the outskirts of kyiv. The Ukrainian journalist Oleksandra Kuvshynova was with him at the time of the attack (although it is not yet clear that she worked for the same outlet), and she has also lost her life, as confirmed by the Ukrainian Ministry of the Interior. A third reporter, Benjamin Hall, special correspondent for Fox News, was injured and is in a city hospital. No details of his health condition have been released.

The number of reporters killed in 20 days of war amounts to five. The news of the deaths of Zarkewski and Kuvshynova comes three days after the death of Brent Renaud, a 50-year-old American journalist and documentary filmmaker. He was shot in the neck in Irpin, a city near kyiv.

To these deaths must be added that of the Ukrainian cameraman Yevhenii Sakun, who lost his life on March 2 in the bombing of the kyiv communication tower. Five days later, another reporter, Victor Dudar, a native of Lviv, died near Nikolaev, as recalled by the Human Rights Commissioner of the Ukrainian Parliament, Liudmila Denisova, who denounced that “the Russian occupiers are trying to stop the objective coverage of their war crimes. “They are killing and shooting” the journalists who cover the war, she has sentenced her.

Adding the latest casualties to the count of the Committee to Protect Journalists, a non-profit organization based in New York, 16 journalists have already died in 2022 in the world as a result of carrying out their work. Since 2014, the start of the war in the Donbas region, it is estimated that at least 13 reporters have lost their lives while working on Ukrainian soil.

Zakrzewski, 55, was a veteran cameraman, seen in several wars. He lived in London, and moved to the Ukraine in February. Suzanne Scott, CEO of Fox News, described him in a statement: “He covered just about every international story for us, from Iraq to Afghanistan to Syria, during his long association with the network. His passion and talent as a journalist were unmatched. His talents were enormous and there was no area in which he was not willing to lend a hand: as a photographer, as an editor or as a producer; and he always did it with tremendous skill and under tremendous pressure, with tremendous skill. He was deeply committed to telling the story and his bravery, professionalism and work ethic were recognized among journalists from all media outlets. He was immensely popular – everyone in the media industry who has covered a foreign story knew and respected Pierre.”

War correspondents of various nationalities who had coincided with Zakrzewski in various coverages over the years, network partners or not, have expressed their condolences on Twitter after hearing the news.

Although there were no victims, two other attacks against journalists have drawn the attention of the international media in these weeks of Russian offensive. On February 26, reporter Stefan Weichert and photographer Emil Filtenborg Mikkelsen of the Danish newspaper Ekstra-Bladet, were working in the northeastern city of Ohtyrka when their car was shot at and both suffered serious gunshot wounds despite the protection of bulletproof vests. On March 4, a Sky News crew had to be evacuated after its five members were shot at again, which they blamed on Russian forces, in Bucha, near kyiv.

We present the trailer of the new Luis Prieto

We present the trailer of the new Luis Prieto