A new balance brings the death toll from the Indonesian

A new balance brings the death toll from the Indonesian earthquake to 252 | International
is the headline of the news that the author of WTM News has collected this article. Stay tuned to WTM News to stay up to date with the latest news on this topic. We ask you to follow us on social networks. 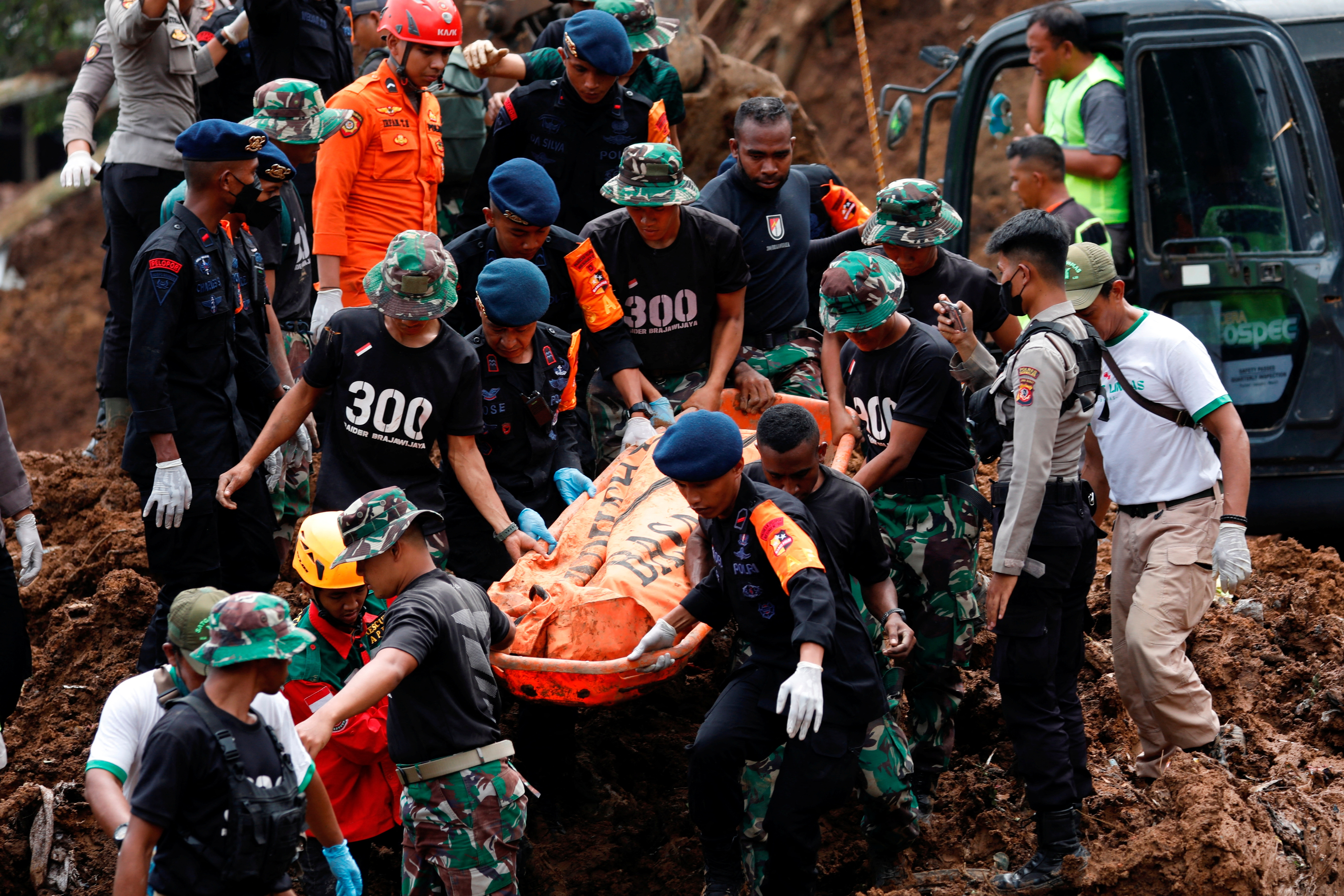 The Indonesian emergency services are working against the clock on Tuesday to locate and rescue possible survivors of the 5.6-magnitude, shallow earthquake that shook the West Java province, the country’s most populous province, the day before, and has left dozens dead. The earthquake, which occurred on Monday near the town of Cianjur, caused the collapse of several buildings. As reported by the authorities, around 25 people remain trapped under the rubble. The local government, in a message on Instagram, has estimated the total number of missing people at 31 and has raised the death toll to 252. More than 300 people were injured by the effect of the tremor and around 13,000 had to leave their homes to seek shelter.

Indonesian President Joko Widodo traveled to Cianjur on Tuesday to encourage rescue workers. “My instruction is to prioritize the evacuation of the victims who are still trapped under the rubble,” the president said. The authorities agree that the number of victims should increase in the coming hours amid the chaos unleashed by the earthquake and given the risks of new landslides, which are quite common in that region. The National Agency for Disaster Management (BNPB) has reported in a statement that the priority of the search and rescue teams is to locate and evacuate the victims as soon as possible, as well as provide aid to the injured.

The head of the National Search and Rescue Agency (Basarnas), Henri Alfiandi said: “Landslides and rough terrain were hampering rescue efforts. The affected area is scattered. In addition, the roads in these villages are damaged. ”, Alfiandi explained.

Among the dead were students from an Islamic boarding school. “Most of the victims are children, because at 1:00 p.m. [hora local] they were still in school,” said the Basarnas chief, referring to the moment the earthquake occurred. Aprizal Mulyadi, a 14-year-old student, told Agence France Presse: “The room collapsed and my legs were buried in the rubble. It all happened so fast.” Mulyadi managed to escape thanks to his friend, Zulfikar, who would later die trapped under the ruins. “I was devastated to see him like this, but I couldn’t help him because my legs and back were injured,” explained the young man.

Many of the dead were buried by landslides or by the collapse of their houses. Dimas Reviansyah, a 34-year-old emergency services worker, has recounted how his teams used chainsaws and bulldozers to cut their way through fallen trees and rubble to areas where they thought they might find civilians. “I haven’t slept since yesterday, but I have to keep going because there are victims that weren’t found,” he said.

As of Tuesday morning, 89% of the power grid in Cianjur had been recovered, state news agency Antara said. Doctors were treating patients abroad in field hospitals set up unexpectedly after the earthquake, which was felt in the capital Jakarta. Mourning relatives waited for the authorities to hand over the bodies to be buried following the Islamic rite.

Strong earthquakes of magnitude 6 or 7 are relatively common in Indonesia, often offshore where fault lines run. Monday’s earthquake, despite having a smaller magnitude, had deadly consequences because it struck land at a relatively shallow depth and due to poorly constructed buildings collapsing, according to authorities. The president called for rebuilding efforts to include earthquake-proof housing.

Indonesia sits on the so-called Pacific Ring of Fire, an area of ​​great seismic and volcanic activity in which some 7,000 earthquakes are recorded each year, most of them moderate. One of the deadliest catastrophes in the country dates back to 2004, when a strong earthquake in the north of the island of Sumatra generated a tsunami that caused more than 226,000 deaths in a dozen nations bordering the Indian Ocean.

'1899': The creators assure that they are already working on the next seasons and a possible ending