The EU prepares sanctions against Iran for the repression of

The EU prepares sanctions against Iran for the repression of social protests | International
is the headline of the news that the author of WTM News has collected this article. Stay tuned to WTM News to stay up to date with the latest news on this topic. We ask you to follow us on social networks. 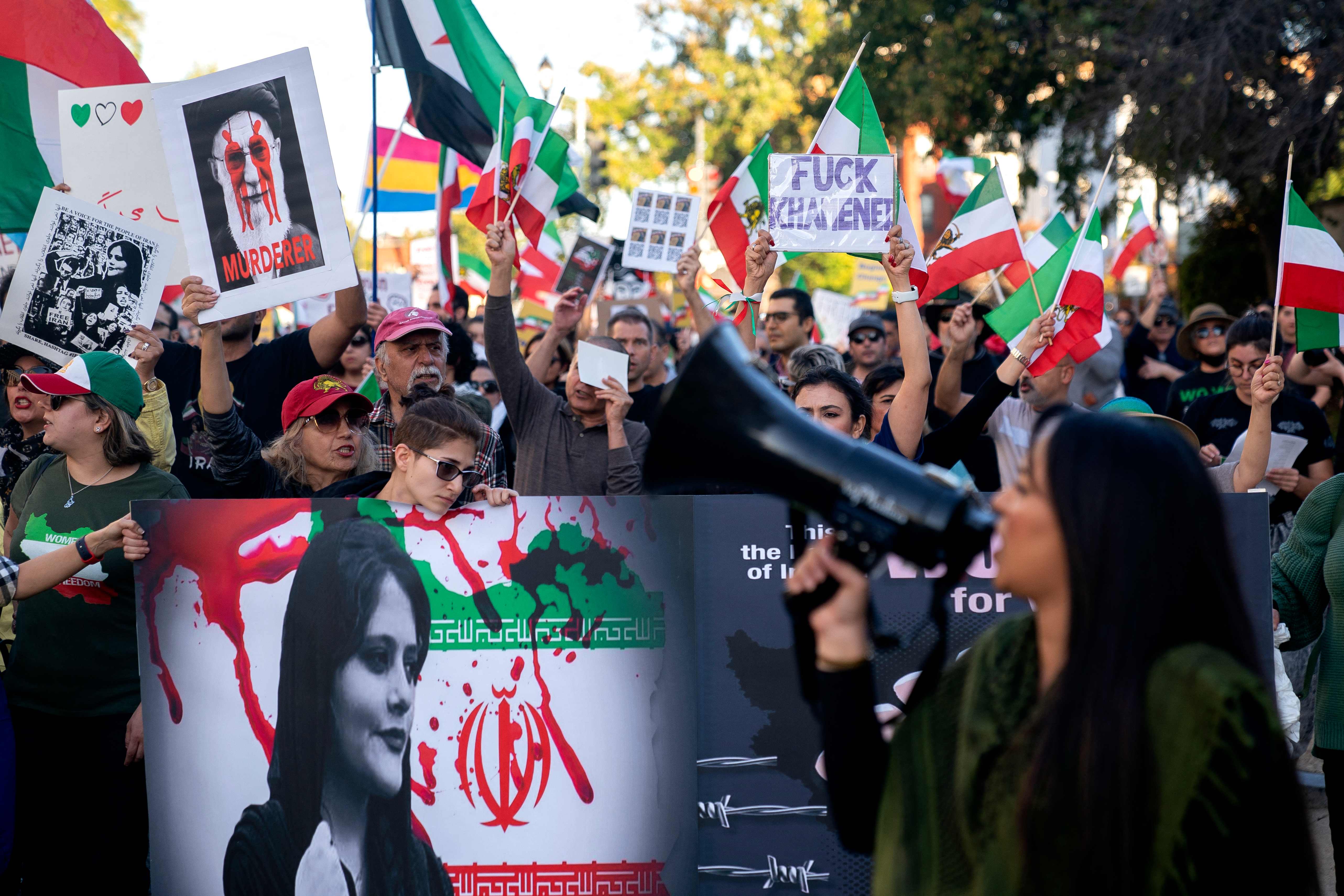 The EU foreign ministers will propose this Monday to impose new sanctions on Iran, this time for the violation of human rights and the repression of social protests triggered by the death in police custody of the young Mahsa Amini, which has shaken the country and sparked anger against the regime and its repression. The sanctions of the Union will affect fifteen people and entities involved in the repressive actions, in which dozens of protesters have died. Those sanctioned will see their assets frozen in community territory and will be banned from entering any of the Member States of the Union, according to diplomatic sources. Ten days ago, MEPs called for new sanctions against the Iranian regime. The United States, Canada and the United Kingdom have already imposed restrictions along the same lines.

The use of Iranian-made suicide drones in Russia’s attacks against Ukraine in recent days will also be on the table of those responsible for Foreign Affairs of the Twenty-seven, who will meet this Monday in Luxembourg. However, sanctions are not expected for now for the use of these kamikaze devices, which are being widely used by the Kremlin forces in their attacks on Ukraine, also against civilian infrastructure.

Brussels is still discussing the use of Iranian drones in the invasion, including whether Tehran sent the drones to Moscow before or after the full-scale war Putin launched last February. Despite the evidence, collected by the Ukrainian forces, for the shooting down of drones, Iran denies that it is supplying these devices to its ally. In addition, Tehran has secretly agreed to send not only attack drones, but the first surface-to-surface missiles made in Iran, according to US security officials quoted by Washington Post.

The president of the European Commission, Ursula von der Leyen, already anticipated this week that the actions of the Iranian regime and its attacks on human rights, especially against women, would have consequences. “We must hold accountable those who have undertaken the repression of women. I think now is the time to punish those responsible. The shocking violence inflicted on the Iranian people cannot go unanswered,” von der Leyen said Wednesday in a speech to EU ambassadors.

The protests broke out on September 16 in Iran over the death of Mahsa Amini, who had been arrested three days earlier for wearing the veil incorrectly, which is required by strict Iranian laws. Amini’s case lit the fuse of discontent against the regime, the demonstrations were amplified and were repressed with extreme harshness. The EU has called the crackdown “unjustifiable and unacceptable.”

The person in charge for Foreign Policy of the EU, Josep Borrell, spoke on Friday with the Iranian Foreign Minister, Hossein Amir-Abdollahian, and urged him to release the imprisoned protesters. “The people of Iran have the right to peacefully protest and defend fundamental rights. The violent repression must stop immediately,” Borrell said on social media.

The EU lifted its sanctions on Iran related to nuclear energy in 2016, but maintains those imposed for issues related to support for terrorism and human rights violations. Brussels, now seeking to increase pressure on the Iranian regime, is treading a delicate balance as it continues to negotiate to resurrect the 2015 Iran nuclear deal, which Donald Trump scuttled when he became president of the United States.

The Tehran regime has threatened the EU this week about imposing new sanctions. In various letters to ambassadors of some EU countries to the institutions of the Union and to the head of community diplomacy, Iran warns that the sanctions would have an “impact” on their relations, already “very fragile”, according to diplomatic sources, which otherwise they might “not survive”. The letters demand that the Twenty-seven take into account the “nuances” of the situation.

Violence in one of the most feared prisons

Meanwhile, in Iran, protests continue in the streets. The demonstrations have been going for a month without losing strength. On Saturday, young people took to the streets in Tehran, Tabriz, Rasht, Najafabad or Ardebil, a city where the repression was especially harsh, the Efe news agency reported. “We don’t want spectators, join us,” chanted students at Gilan University in Rasht, according to videos shared on social media by the 1500tasvir collective. The images were repeated at Tehran University, where there were chants against the regime.

The protests coincided with a prison riot near Tehran. Iranian state television announced this Sunday that four inmates have died in Evin prison, west of the capital, and that 61 people were injured in the riot, which broke out on Saturday. A fire broke out and there were shots and explosions in the prison compound, something that the authorities attributed to an attempted mutiny by common prisoners, although there are a good number of political prisoners of dual nationality there. The feared Evin prison has been denounced by human rights groups for its poor conditions and alleged torture.

According to the official version, some prisoners set fire to the clothing store, which caused a fire and clashes with prison officials. Tehran Prosecutor Ali Salehi has rejected any connection between the incident and anti-regime demonstrations.

Evin prison houses political prisoners, foreign nationals and journalists, such as the reporter Niloufar Hamedi, the Iranian-American Siamak Namazi or the activist Hossein Shanbezadeh, who informed their relatives that they were fine. “Niloufar Hamedi called me a few minutes ago. She is fine,” Mohamed Hosein Ajorlou, husband of the journalist, who was one of the first to report on Amini’s case and was arrested shortly after, wrote on Twitter.

For his part, the lawyer of the Iranian-American citizen Siamak Namazi, sentenced to ten years in prison in 2016 for alleged espionage and collaboration with Washington, reported that his client had suffered no harm. “I am happy to report that Siamak Namazi has spoken with his family. He is safe and has been transferred to a secure area of ​​Evin Prison,” Jared Genser, a lawyer for the Namazi family, said on Twitter. For its part, the Mizan news agency, of the Judiciary, reported this Sunday that the “situation is completely normal” in Evin.

What is PCI DSS certification?