Germany stumbles again on the stone of dependency: from cheap gas from Russia to trade relationship with China | International

Germany stumbles again on the stone of dependency from cheap

Germany stumbles again on the stone of dependency: from cheap gas from Russia to trade relationship with China | International
is the headline of the news that the author of WTM News has collected this article. Stay tuned to WTM News to stay up to date with the latest news on this topic. We ask you to follow us on social networks. 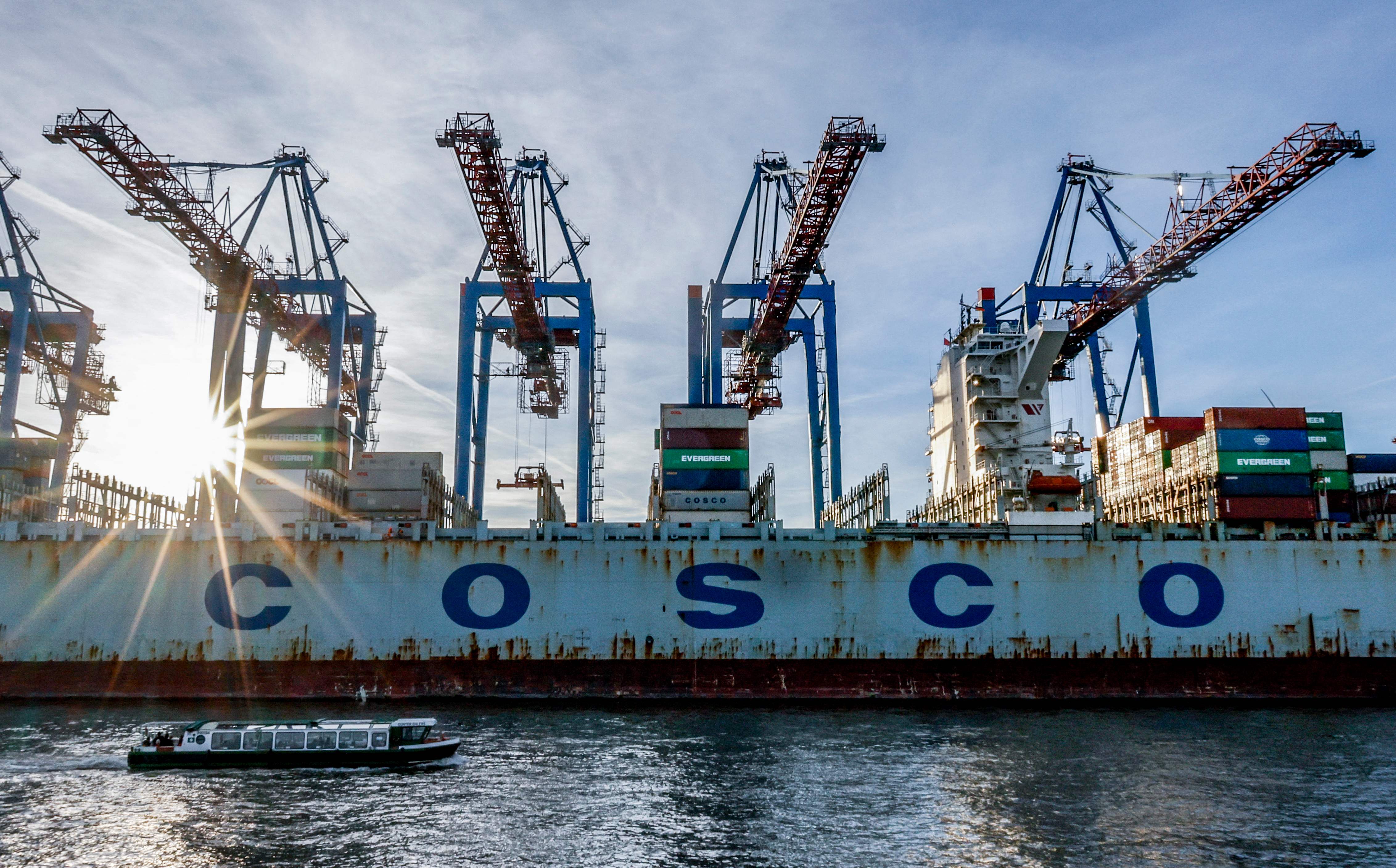 The controversial sale to China of part of the German port of Hamburg has put on the table an uncomfortable truth for Germany: its commercial and technological dependence on Beijing and the prioritization of short-term economic interests. At a time when the European Union is trying to find a common voice in the face of the Chinese challenge, Berlin is once again going it alone. Chancellor Olaf Scholz, who is traveling to China next week to meet with Xi Jinping, puts the German economy first, as his predecessor Angela Merkel did, and stands against Brussels in foreign policy. The energy crisis stemming from the Russian invasion of Ukraine fuels the fear that history will repeat itself, only now instead of cheap gas from Russia, the weak point is the trade relationship with China.

Is Germany being naive? Interested? To begin with, Berlin is becoming more and more alone in the European Union, where it is beginning to be accused of being an obstacle, a brake on European foreign policy. Scholz maintains that she wants to maintain strong trade ties with Beijing and that no one is calling for decoupling from China. Criticism of his decisions, both inside and outside the country, seem to indicate the opposite. More and more voices are warning that Berlin is tripping over the same stone twice. Even German President Frank-Walter Steinmeier, who months ago publicly lamented his own pro-Russian policy when he was foreign minister, has given Scholz a wake-up call. “The lesson that we should draw is that unilateral dependencies must be reduced as much as possible; this applies particularly to China,” he declared this week during his first trip to Ukraine.

“Germany used to believe that close economic ties guaranteed peace and stability, but we have learned the hard way that this was nothing more than an illusion,” says Daniela Schwarzer, director executive for Europe and Eurasia of the Open Society Foundations. The war in Ukraine has been a reality check for Berlin, which has seen how the lack of cheap Russian gas that once cemented the competitiveness of its industry now threatens with crisis and recession. It has taken that jolt, Schwarzer says, to make it clear that Germany cannot afford to be dependent on any single player in the future, be it Russia and its energy or China with trade and technology. The heated controversy over Chinese investments in the port of Hamburg “shows that many Germans have understood this. Before the Ukraine war, that debate would not have taken place,” he adds. These days, Scholz memes circulating on social networks characterized as the famous portrait of Mao and with humorous comments about his policy towards China.

Nor the public controversy; nor the warnings from the European Commission, which in the spring issued an opinion against the transaction; Not even the opposition of Scholz’s Green and Liberal government partners have stopped the sale of a stake in the Hamburg port container terminal to Cosco, the Chinese shipping giant. In order to reach an agreement in the council of ministers, the chancellor, the main supporter of the operation, agreed to lower the percentage from the initial 35% to 24.9%, which according to government spokesmen prevents the shipping company from participating in strategic decisions.

The deal, however, poses risks to Germany’s security and economic interests, experts say. Jacob Gunter, a senior analyst at the Mercator Institute for China Studies (MERICS), explains that Cosco is not a typical multinational simply seeking return on investment. It is one of the 97 state-owned companies directly controlled by the Chinese State Council that function as “instruments at the disposal of Beijing to promote the strategic objectives of the Communist Party.” The security risks are not imminent, but they are long-term. The more Berlin relies on investments and business with Cosco and other Chinese companies, the more influence Beijing will be able to exert on German policy towards China. “We are already seeing it with the way that German companies with a large presence there are putting pressure on Berlin to soften its rhetoric,” he says.

Scholz’s trip to Beijing next week has raised fears among his European partners. A European External Action Service document recommends member states to “prevent and contain” Chinese attempts to use divide and rule and refrain from isolated initiatives. Nor is it easy for the Greens to reconcile this trade visit with their values-based foreign policy.

The foreign minister, who will not sleep on Chinese soil due to the restrictions that the country still maintains due to the coronavirus, will meet with Xi Jinping on the 4th. A German business representation will travel with him on the Air Force plane, in a hybrid formula of diplomatic and business trip that Angela Merkel profusely cultivated during her mandate. The former foreign minister made 12 official visits to China surrounded by businessmen. In 2016, China became Berlin’s largest trading partner and has held that position to this day.

In Brussels it also causes reluctance that Scholz wants to travel alone. There was even talk of a joint visit with the French president, Emmanuel Macron, but the relationship between the two leaders is not going through its best moment. Germany and China also plan a round of intergovernmental consultations next January. Scholz’s visit will be the first by an EU leader in more than three years and coincides with the 50th anniversary of the establishment of diplomatic relations between the two countries. It is also the first by a foreign dignitary since the Chinese president has been re-elected for an unprecedented third term. The foreign minister’s spokesman said this week that a visit to Xi is “absolutely necessary and right” after his arrival in the government last December. There will be other “regular contacts,” he added, as they will also meet at the G-20 summit in Bali in mid-November.

“European partners fear that Germany will take advantage of Scholz’s visit to China to promote only German interests,” Schwarzer notes. Berlin is already in the crosshairs of the Twenty-seven for a package of aid of 200,000 million euros for households and companies that angers countries that cannot afford such an outlay. The solo visit to China increases the feeling that the Germans are once again looking only for their interests and that their policy is based solely on doing good business abroad. To counter this impression, the foreign minister “should coordinate with his partners in Europe before and after the visit,” adds the expert. “He must make sure that he carries a unified European message to China, for example, on China’s position regarding Russia and Taiwan independence.”

Molly Russell: The suicide of a British girl triggers the debate on the responsibility of social networks | Technology

“Digital twin” or complex digital model in IT

"Digital twin" or complex digital model in IT