Elections: Mario Draghi’s heirs fight for political center in Italy | International
is the headline of the news that the author of WTM News has collected this article. Stay tuned to WTM News to stay up to date with the latest news on this topic. We ask you to follow us on social networks. 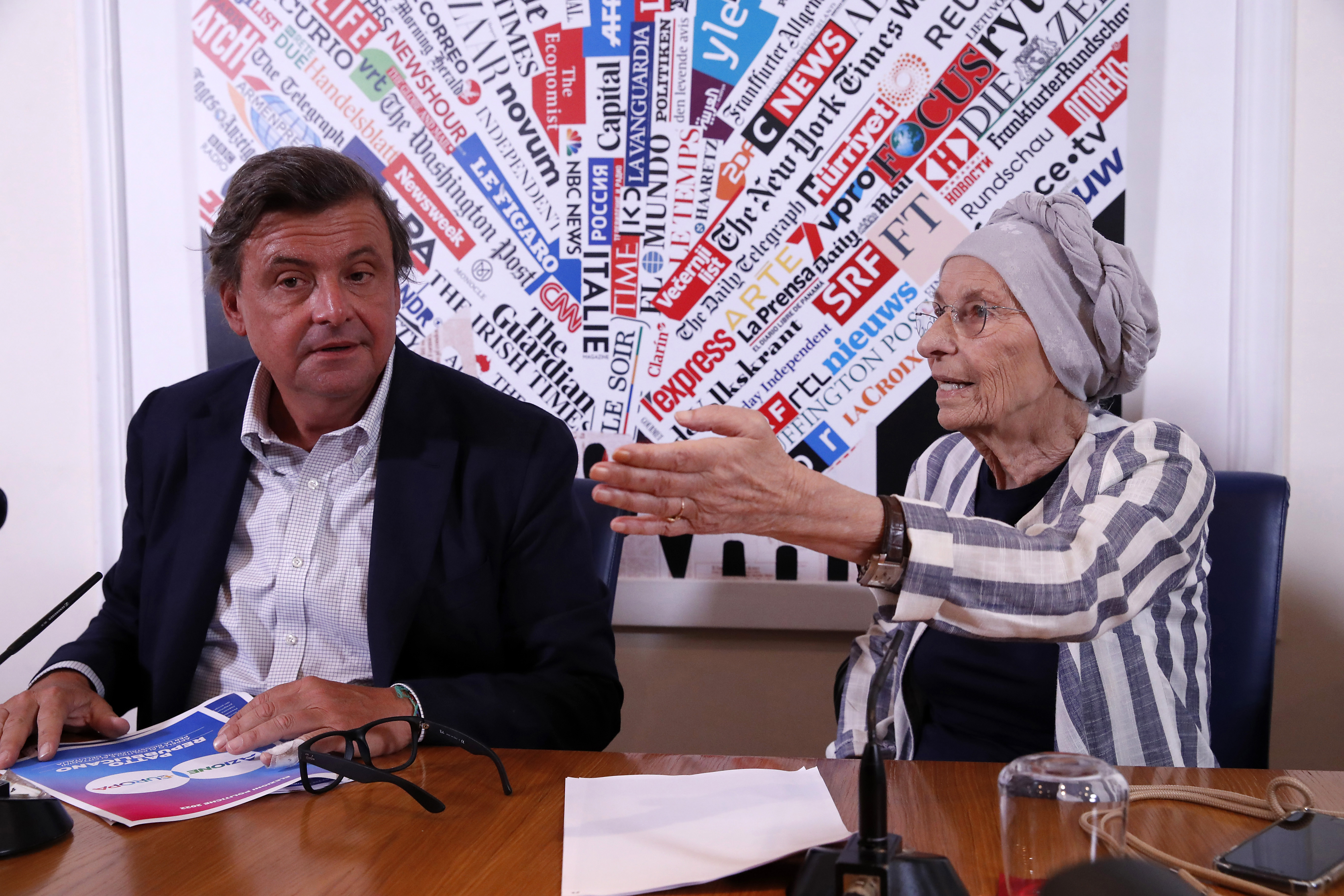 The start of the 1990s ended a political era in Italy. The Clean Hands corruption scandal —with 2,600 defendants and 1,408 convictions— gave rise to the phenomena that today mark the country’s agenda. And it also buried the Christian Democracy, a monumental political artifact that ruled for 40 years balancing on the center tile. Its decomposition allowed the appearance of numerous parties and the irruption of an anti-political organization called the 5-Star Movement (M5S), which would win the elections in 2018. Now, 30 years later, a new constellation of small parties split from the big forces is once again claiming a central, moderate and pro-European space. A place that balances the weight of the populist right that is leading the polls and that invokes the legacy and incomplete program of outgoing Prime Minister Mario Draghi. A permanent political center of gravity, as Franco Battiato would say. The question is to determine the weight they will have.

The operation, which some have already called the great Republican Pact, is underway and responds to two main factors. First, to the conquest of an orphan ideological space that, according to polls, represents around 16% of voters. A place from which in most countries elections are usually won and that in Italy stopped giving revenue three decades ago. But above all it is explained by the need to form a great coalition to compete with the one on the right, made up of Brothers of Italy, Forza Italia and La Liga.

The Italian electoral law, based on a majority system, rewards this type of unions made before the elections. The problem is that it would only work if there was an agreement between all those parties and if these formations agreed to run in coalition with the Democratic Party (PD) and the rest of the left. It is a conglomerate that would be led by the general secretary of the PD, Enrico Letta, and that would powerfully remind Olivo, the great progressive coalition formed in 1995 and headed by Romano Prodi to confront the right, which was then led by Silvio Berlusconi.

“The Italians don’t understand it. Imagine the Spaniards”

The universe of these new parties is complex and, at times, ill-suited. At the moment it is made up of Italia Viva, Matteo Renzi’s party, whom many would prefer not to have as a traveling companion; Azione stands out (from former minister Carlo Calenda), the visible head of this adventure; also the experiment of the foreign minister and former leader of the M5S, Luigi Di Maio, called Insieme per il Futuro, which intends to form a great alliance with mayors; Italy to the center, created by the governor of Liguria, Giovanni Toti; and even + Europe, the formation of Emma Bonino, historical leader of the Radical Party. Another of these little electoral contraptions is the Democratic Center, created by the former president of Lombardy Bruno Tabacci. But the amalgamation is now so horizontal that not even this old Christian Democrat was in a position this Wednesday to give a clear explanation of what they intend. “Look, not even the Italians understand it. Imagine the Spaniards”, he told EL PAÍS.

The reality, however, does not seem so difficult to decipher now. The 5 Star Movement, pointed out as one of the forces that brought down Draghi’s Executive, would be left out of the project and will have to find a life alone. Nobody wants to be in the picture with them today. The crickets they are responsible for the state of confusion created in the last 15 years between the two great blocs that have always existed in Italian politics, so that now it could return to a binary scheme: the moderate and progressive world against the populist right. The project has been designed with electoral law in mind. But also because of the need to return to a great front that can compete with the gale from the right. “The choice in the elections on September 25 is clear: either we or [Giorgia] Meloni [la líder de Hermanos de Italia]”, Letta pointed out last week revealing his electoral strategy.

Forza Italia, founded by Silvio Berlusconi in 1993, claimed space in the center for years and enlisted in the European People’s Party. Nevertheless, The Cavaliere he was rather the inventor of so many populist currents that would crystallize decades later in the world. His voracity for power led him to form alliances with the extreme right and with the independence parties in the north. His latest occurrence, that of supporting the overthrow of the Executive, has cost him an important part of his party to question his course and claim centrist roots that they will seek outside the home. The three ministers who were part of the Executive, three heavyweights of Forza Italia such as Renato Brunetta, Mara Carfagna and Mariastella Gelmini, have already broken their membership card. And they are expected to join a party like Azione in the next few hours.

In the PD they do not see a possible alternative and they want an agreement to be reached with that group (except with Renzi, who could stay out). “If these parties attend alone, they would make us lose some schools [electorales]. The best thing for everyone is to reach an agreement. Especially with Calenda and Bonino. We will have to make a perfect campaign. And even then, we would only manage to reduce the distance with the right. It is not a small thing, because at least they would have more difficulties to govern with the Constitutional Court and the Quirinal Palace [sede de la Presidencia de la República] against”, says a Social Democrat deputy with little hope of overcoming his rivals. The negotiations take place in the last hours against the clock, because all this spectrum should present a joint electoral program outline and distribute the electoral colleges to be able to concur in a coalition.

The key will also be how much these parties can contribute in numerical terms. Antonio Noto, president of the Noto Sondaggi polling company, believes that “the problem is not declaring oneself a center, but acquiring a truly central position.” “They must detect and respond to interesting issues for those voters. And see how many votes can be captured from the forces that have abandoned that space. Now I see a statement, but lack of content that really brings them to the center. Of course, together they can be above 10% of the votes. But it is not clear that later the voters who declare themselves to be from the center will vote for that space, ”he adds.

The electoral race has begun and the right has too great an advantage. The coalition of the center —or the Republican Pact, if you prefer— now seems the only way to mitigate a result that would be catastrophic for the center-left. A strategy that will need to unearth an ideological space that has been dormant for decades.

JuicyFields: “We have lost 50,000 euros among several friends.” The “incredible” cannabis fraud affects tens of thousands of Spaniards | Technology