JuicyFields: “We have lost 50,000 euros among several friends.” The “incredible” cannabis fraud affects tens of thousands of Spaniards | Technology

JuicyFields We have lost euros among several friends The

JuicyFields: “We have lost 50,000 euros among several friends.” The “incredible” cannabis fraud affects tens of thousands of Spaniards | Technology
is the headline of the news that the author of WTM News has collected this article. Stay tuned to WTM News to stay up to date with the latest news on this topic. We ask you to follow us on social networks. 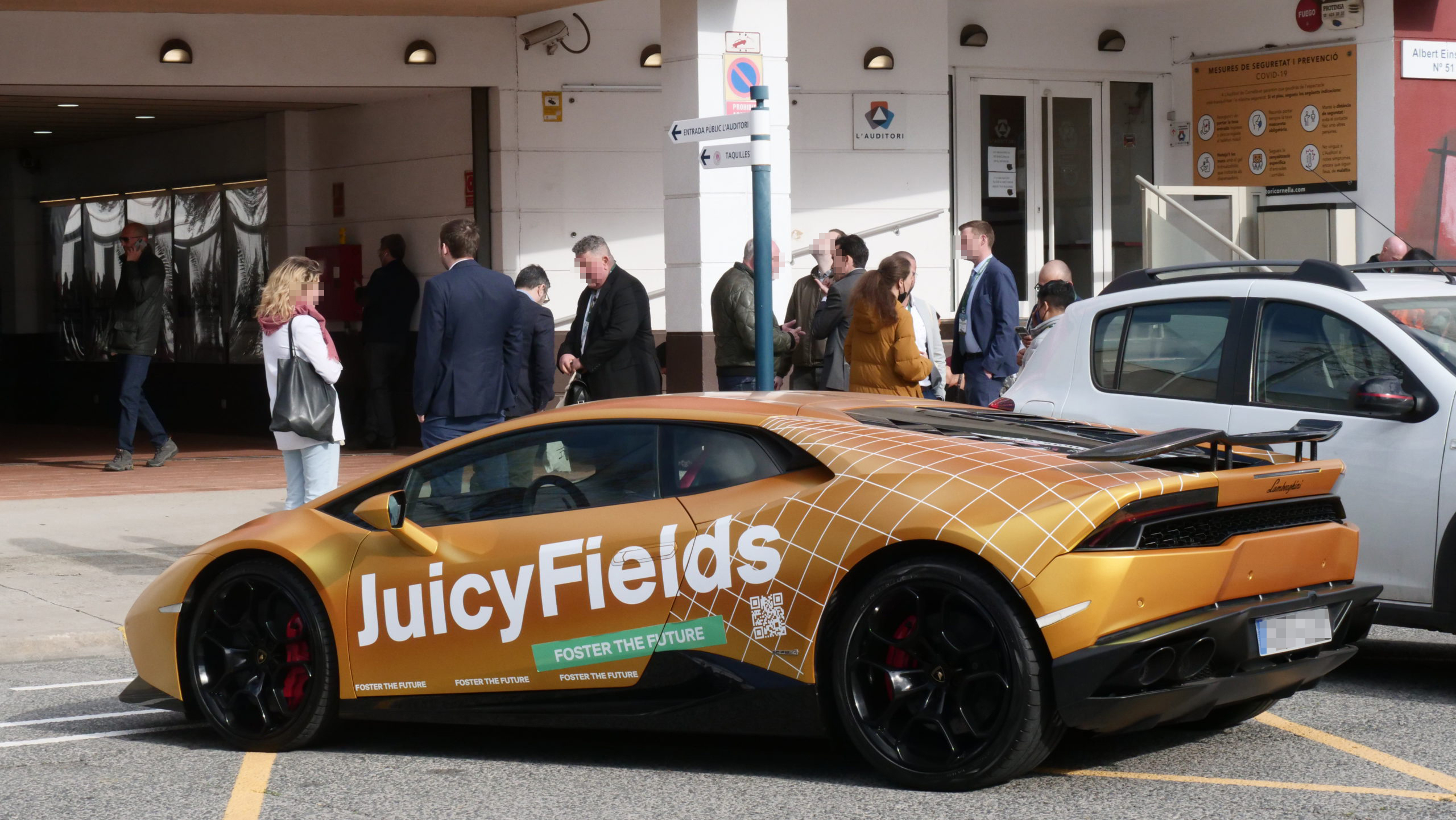 “A friend from Mallorca told me in February 2021,” recalls David Martínez, a 35-year-old Valencian. Martínez had just lost 2,000 euros in QubitLife, a cryptocurrency fraud, and was reluctant to invest more money in apparently juicy projects. But he tried 300 euros at JuicyFields and after 108 days they gave him 450 euros. JuicyFields was in the cannabis business. Their investors bought “plants”, they said, and at the end of the term they collected the incredible profits from their harvest, approximately 50% of what was invested. It was intended to be a crowdfunding system for cannabis plantations.

Martínez put another 2,000 euros. “We all got paid again,” he says. The hook was already cast, and Martínez saw details between 2021 and 2022 that convinced him more and more: the company appeared on a Mexican CNN program for participating in a cannabis expo in that country, they opened an office in the Plaza del Ayuntamiento de Valencia, came across a truck with its logo on the motorway near Alicante and also saw two Lamborghinis being shown off at a large fair in Barcelona.

With all these details, in January 2022, Martínez went for it all: he invested 18,000 euros. “You’re on a tight ass all the time,” he says. But in April 27,000 euros came to his account. Bingo. Could it really be that it was so easy to make money? “There was a group of investors from the Polytechnic University of Valencia who had invested, many people had done so, it gave a little more truth,” he explains. But despite this consensus and progressive success, Martínez still did not fully believe it. In the spring, videos began to appear on YouTube about the possible pyramid scheme. But the easy money hook was still there. And he put back 5,500 euros.

But he would never collect the rent and he would never see that money again. The promise began to fade on July 11 with an email announcing an employee strike in strange Spanish: “All members are requested not to promote or advertise JuicyFields in any way any longer,” the email read, and then: “Our unit is very strong, and it is time for the legal and cultivation department to show their strength.” The thousands of “e-cultivators” (as they were called) had a bad body. “It was a surprise, I had a week left to collect,” says Martínez. He lost that 5,500 euros, so when you add up all his trades at JuicyFields, he still came out on top. But he had shared his success with friends, and some had invested 14,000 in the last round, which he lost. “Between all of us we lost 50,000 euros,” he says.

Immediately, several law firms began a process of collective complaints. EL PAÍS has consulted the figures handled by two offices. Both are overflowing with messages. “Nearly 6,000 people have contacted us by email,” says lawyer Emilia Zaballos. “I have six people opening them and we have 5,300 left unopened,” she adds. In her complaint there are already about 700 people. In the Martínez Blanco office they currently have a lawsuit with more than 1,400 people. They are not the only two law firms working on this case.

Both lawyers suggest that there are many more people and that the amounts lost exceed at least 10 million euros and probably much more. Spain, according to company data, was the second country with the most investors after Germany and ahead of France and Portugal. There are unconfirmed stories of couples who have invested the maximum amount, 180,000 euros.

“It’s one of the most incredible cases I’ve seen,” says Zaballos. “That people buy plants and invest all their savings without informing themselves beforehand is one of the craziest stories I have seen in 34 years of exercise. It is one of the great scams that I find most surprising, ”he adds.

Emilio Collazo, youtuber on The Crypto Era channel, he has been investigating the case for several weeks, especially since he has two friends who have lost 90,000 euros. “The day the mail from the strike arrived, they closed the tap to withdraw money,” she says. “Then I start looking at the registry of cryptocurrencies and I see that there are only money inflows, but I also find two or three outflows. That sets off all my alarms,” she adds.

Collazo finds a total of “hundreds of millions spread over seven or eight portfolios.” He also observes that the movements have something strange: “They used a technique so that people who look like me would be confused. It is a method with which thousands of small operations are made to hide money withdrawals. I am certain that someone withdrew money when it was not possible. The techniques are those of a criminal to lose track of them, ”he adds.

In his last video this week, Collazo has managed to talk to the former CEO of JuicyFields, an obscure character named Alan Glanse, who says he now lives in Portugal and was paid 10,000 euros a month. Glanse apparently led his family and friends to invest hundreds of thousands of euros in the company, which they have also lost. He also says that he will collaborate with the authorities. “He gave me the impression of someone who wants to make it appear that he is not aware of the situation and that he is not very aware, but he has information that could be key to solving the case,” says Collazo.

What is a pyramid scheme

A pyramid scheme is that the money that comes from the new investors is used to pay the old ones. As long as there is fresh money, it can grow. One of the hypothetical advantages of JuicyFields is that it did not insist that investors bring in new suckers, according to David Martínez. Although the incredible financial advantages that it offered seemed already enough claim.

The problem with these alleged scams is that, for example, in the case of Martínez, you can win with a timely withdrawal. In the spring, however, several YouTube channels were already warning that this seemed more like a fraud. Months before, articles had appeared in the international press, also in Spanish media, about the apparent benefits of this cannabis investment system. It is not always easy to resist the trap.

For the recovery of the money or part of it, the essential objective is the speed in blocking the accounts of the alleged criminals. They have at least accounts in Cyprus and Estonia. “The road is difficult, I don’t want to make it easy,” says lawyer Norberto Martínez-Blanco. “It is a double challenge: the speed of the judicial means and getting the blockade as soon as possible”, he adds.

The company is originally German, although it later moved to the Netherlands and Switzerland, according to Deutsche Welle, citing an online story where the ultimate ownership is assigned to Russian citizens. In the interview with Collazo, Glanse confirms that there were Russians at the head of the company, although he gives it little importance because “the Spanish can also be mafiosi.”

The National Securities Market Commission added JuicyFields to a very long list of companies that “do not have any type of authorization or are registered for any purpose with the CNMV and that could be carrying out some type of fundraising activity or lending service of a financial nature. The CNMV itself added that “the list is not exhaustive and derives mainly from search and analysis exercises on the internet and networks”. On June 3, German authorities prohibited JuicyFields from “offering equity investments in the form of opportunities.”

The last email from the official JuicyFields account was in English on July 19, with the subject: “Volunteers needed.” The text seemed like a joke so that those affected could recover the money. It ended: “Use the following email addresses to submit your story, speak your mind aloud, send guarantees for an emergency refund, or embark on a long road of endless conversations with our attorneys.” One of the accounts was “[email protected]” and it continued: “In addition, the boys with black hoods and those who run down the street can send their proposals indicating the amounts of hashish or flowers they can sell monthly to [email protected] .com After all, it’s nice to be part of a big Italian-Russian-Colombian family”.

If you have more information about this or similar cases, you can write to jordi[email protected]