Zaporizhia nuclear power plant again loses its last main connection to the Ukrainian grid | International
is the headline of the news that the author of WTM News has collected this article. Stay tuned to WTM News to stay up to date with the latest news on this topic. We ask you to follow us on social networks. 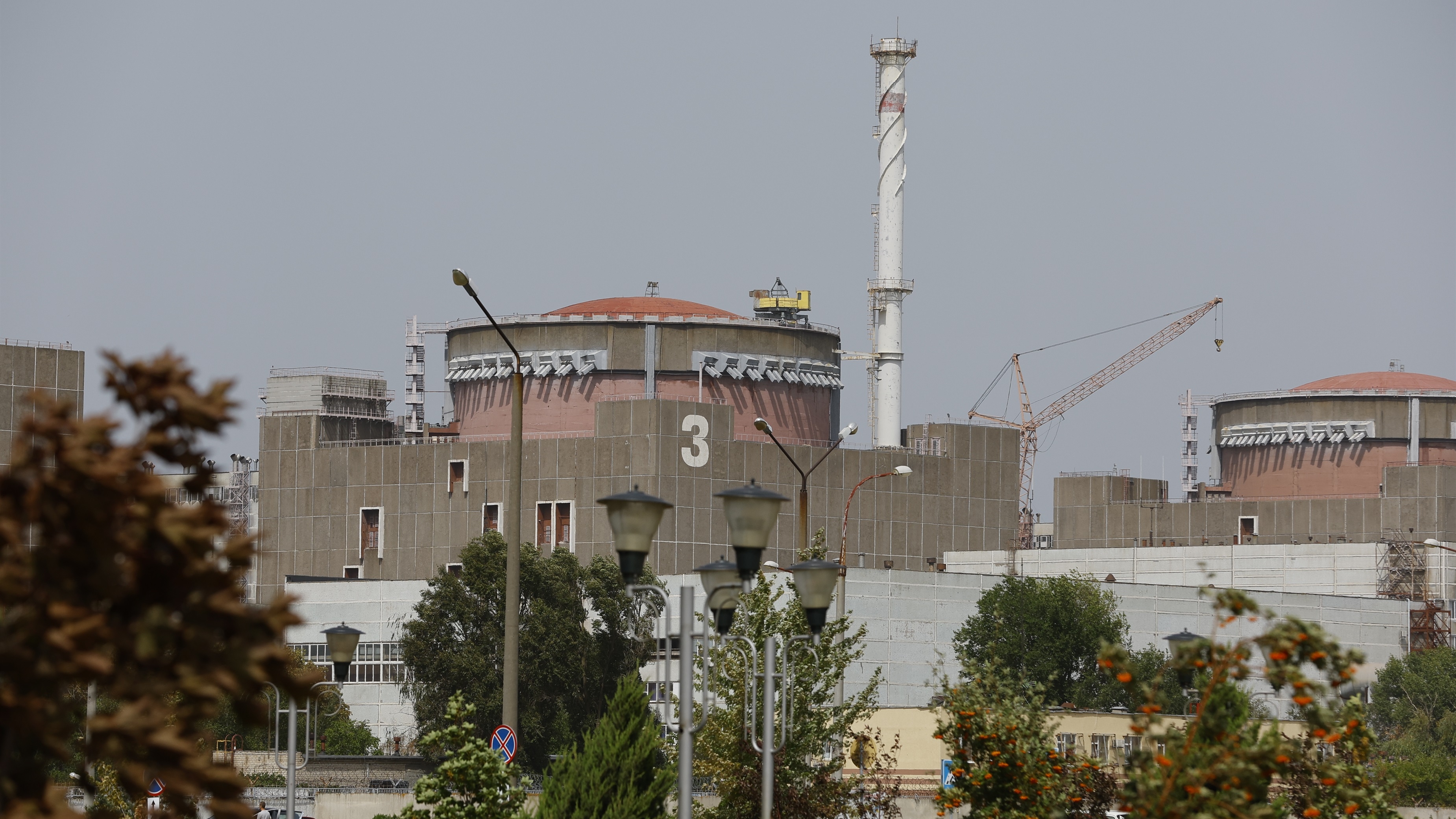 In the midst of the war being waged in Ukraine, the Zaporizhia nuclear power plant has once again lost its electrical connection to the country’s main network, although it remains connected to the outside through an auxiliary reserve line, as reported by the International Atomic Energy Agency (IAEA). The United Nations watchdog agency assures that, according to Ukraine, the disconnection occurred after a new bombing on Friday afternoon. This plant, located in the southeast of Ukraine and often in the front line of fire, continues to be the center of attention of the war in the former Soviet republic, whose invasion by Russian troops completed six months on August 24. A mission of UN inspectors managed to visit and inspect the facility this week and the Kremlin agreed to allow two of its representatives to settle permanently at the plant.

Not even 48 hours had passed since IAEA Director General Rafael Mariano Grossi established that mission on Thursday when senior Ukrainian officials told UN agency experts that the fourth operational 750-kilovolt power line was down, according to a statement on Saturday. The other three had stopped working during the previous months of conflict. Despite everything, the reserve line of between 330 and 750 kilovolts that connects the facilities with a nearby thermal power station continues to work, adds the same source. The disconnection that took place on Friday afternoon also occurred on August 25.

The one in Zaporizhia is the largest plant in Europe and was occupied by Russian troops in the first days of March, although the Ukrainian workers remain in their posts. Since then, attacks have been continuous in the area and the risk of nuclear disaster is the order of the day in a country that is still very much aware of the 1986 Chernobyl power plant accident. “High-level” members of the Ukrainian staff They were the ones who informed the United Nations experts of the loss of the fourth and last power line that connected the Zaporizhia plant with the Ukrainian network.

Limited access to the state electrical system has also forced reactor number five to be disconnected again, which already had to be shut down on Thursday due to an internal electrical fault, although it was reconnected the following day. Of the six reactors at the plant, only one is still in operation, according to the IAEA. That single operating reactor also produces electricity for the plant’s own internal needs, such as “cooling and other essential safety functions,” the agency assures. The auxiliary line through which the plant continues to supply current “can provide reserve power to the plant in case of need,” says the nuclear watchdog agency.

Both Ukraine and Russia accuse each other of repeatedly bombing the plant and its surroundings. When United Nations inspectors tried to gain access to the plant Thursday morning, relentless shelling forced them to wait several hours before being able to enter the facility. After a first inspection, the head of the mission and director general of the IAEA, the Argentine Rafael Grossi, confirmed that the plant had suffered damage and that its integrity had been “violated several times”, although he did not specify what said damage consisted of.

The agency’s statement this Saturday details some of these damages and confirms that “from August 29 until the day before [el miércoles] the arrival of the Director General [Grossi] and his team to the nuclear power plant there were continuous bombings. There was damage to the facility’s solid radioactive waste warehouse, to the ventilation pipe of special building 1 and to the plant’s training building”.

The IAEA will publish a report on the situation of nuclear safety in Ukraine early next week, which will include the results of its mission at the Zaporizhia plant. This plant concentrates six of the 15 nuclear reactors that Ukraine has and before the war it provided 20% of the country’s electricity. Its installed power is six gigawatts —the installed nuclear power in all of Spain is seven gigawatts—.

In his last visit to the Ukrainian capital, on August 18, the UN Secretary General, António Guterres, declared that “any option other than demilitarizing Zaporizhia would be suicide”. The Kremlin spokesman, Dmitri Peskov, assured shortly after that Russia is not considering the possibility of establishing a demilitarized zone around the plant, as Washington has urged it to do.

Plebiscite 2022 for the new Constitution of Chile, live | Boric: “In Chile we resolve our differences with more democracy, never with less”

‘Avatar: Sense of Water’: Sigourney Weaver had to learn parkour for the sequel

'Avatar: Sense of Water': Sigourney Weaver had to learn parkour for the sequel