Why hundreds of thousands of people at the closing of

Why hundreds of thousands of people at the closing of the approval campaign in Chile are not a guarantee of victory
is the headline of the news that the author of WTM News has collected this article. Stay tuned to WTM News to stay up to date with the latest news on this topic. We ask you to follow us on social networks. 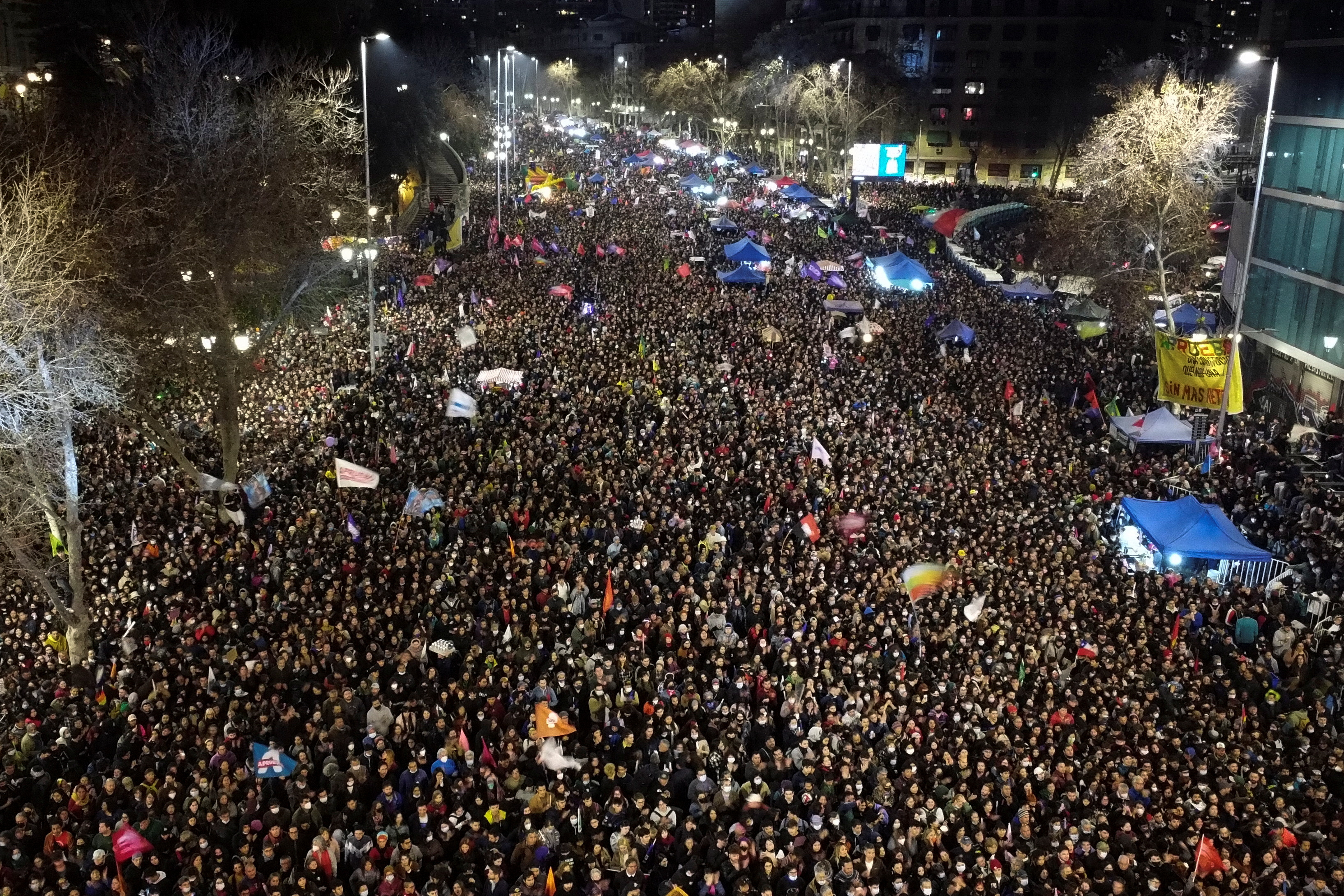 On Thursday night, three days before the plebiscite, the campaigns for the two options that will be on the ballot in the constitutional referendum in Chile, approval and rejection, were closed. The first organized a great show in the Alameda that brought together half a million people, according to the organizers. The rejection was closed in an amphitheater on the San Cristóbal hill, also in the center of the capital, which did not have a massive character and was attended by some 500 to 700 people. Two weeks ago, before the ban on reporting new polls, rejection outnumbered approval by between eight and 11 points. One of the questions of the day in Chile has been whether the acts of this Thursday will influence citizens when it comes to voting.

“This type of act has no effect on people’s intentions to vote, although it can have an effect on people’s predisposition -both approval and rejection- to go out and vote,” says Mauricio Morales, an academic at the University of Talca, who does not rule out a “psychic injection” for the alternative that loses in the polls.

Morales comments that the approval campaign has shown better organizational capacity than the rejection campaign. Evidence of this is that those who oppose the new Constitution have made continuous calls for observers to be in polling stations on Sunday. “The political parties are operating in the approval [de la izquierda], while in rejection, the parties decided to resign and hand over the organization to civil society. Therefore, they are two completely different cultural approaches to the campaign”, says Morales.

The academic recalls the 2017 presidential campaign, when the center-left candidate, Alejandro Guillier, had massive campaign closures, unlike Sebastián Piñera, the right-wing candidate who finally won the presidential election with an advantage. “The acts prior to an electoral event are not indicators of anything,” reiterates Morales, who recalls that this election will be mandatory for 15.1 million people, so the mobilization campaigns of the different options are less incidental. “The massive act of approval would have influenced the mobilization if it were a voluntary vote,” says the researcher from the University of Talca.

A crucial aspect to understand the convening power and mobilization capacity of both campaigns has to do with the characteristics of the voters of one or the other option. For the analyst Cristian Valdivieso, from the Criteria pollster, if this referendum had a voluntary vote, approval would have more possibilities. “The militants of approval are compromised. Approval has cause, motivation, reason for being, hope, capacity for mobilization. The reject voter, on the other hand, is motivated by the fear of something bad, not so much by the wonder of something good. In that sense, he is seen as less mobilized, which does not mean that he is not going to vote”, comments Valdivieso. According to Criteria studies, the voter of approval will go to the polls mostly for a civic conviction, while those of rejection are divided between a civic conviction and the fear of a fine.

“Massive gatherings are important because of the emotional effect they produce and can have an impact on some who are undecided or who did not know whether to vote or not,” says Isabel Castillo, a researcher at the Center for Conflict and Social Cohesion Studies (COES). Those who are not for approval or rejection are between 10% and 20%. “People don’t like to vote for losing options. That the approval has a high convocation can contribute to thinking that this option can win and help to add votes”, continues Castillo. The researcher, however, relativizes: “This event was in Santiago and there have been other concentrations in large cities, but they probably do not have an effect in regions where rejection is stronger and in rural areas. It may be an emotional blow that helps to reduce the gap that the polls had been showing –in any case, it is unknown how well they are capturing the intention to vote–, although it may not be enough to turn the result around”, explains the political scientist.

The sociologist Juan Pardo, director of studies for the Feedback pollster, was very struck by the massive nature of the approval closing ceremony, because until now he had not seen a campaign climate in the streets. For Pardo, the imbalance between the number of participants between both calls was evident and he believes that “it could have some effect among the undecided” in favor of approval. He speaks of the spiral of silence, as experts call the phenomenon that voters, when observing a winning option, tend to jump on the bandwagon of victory. “But this effect takes time, so this time it may be too late for it to happen, just 72 hours before the election,” says Pardo.

The 10 most awarded HBO series that you have to see