What is the biggest economic ‘boom’ in the world? | Opinion

What is the biggest economic boom in the world

What is the biggest economic ‘boom’ in the world? | Opinion
is the headline of the news that the author of WTM News has collected this article. Stay tuned to WTM News to stay up to date with the latest news on this topic. We ask you to follow us on social networks. 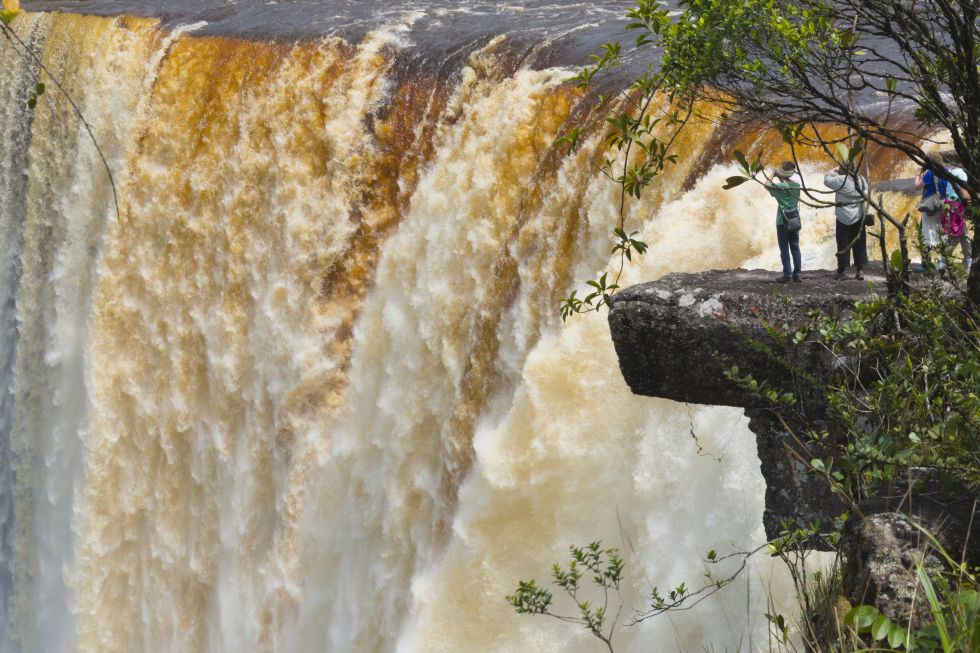 Which economy will grow faster in the next few years? Try to guess. Perhaps you are thinking of Vietnam, which has been taking market share from a China that has fallen behind due to its poor response to the covid crisis. Or the African champion of growth, Rwanda, whose economy has quintupled since 1995. Or Bangladesh, whose export sector is the catalyst for Asia’s biggest boom. It is neither of them. The champion of world economic growth in the coming years will be Guyana. This tiny, little-heard-of strip of tropical forest on the north coast of South America is in the midst of an oil boom of immense proportions.

Since 2015, Guyana has led the discovery of oil fields offshore. Since then, they have found 11.2 billion new barrels, almost a third of all new oil discoveries that have occurred worldwide in recent years. Researchers at consultancy Nexus Group estimate that Guyana will soon be one of the top five oil producers offshorethus surpassing the United States, Mexico and Norway.

By the middle of the next decade, it is estimated that this tiny Caribbean country, with a population of only 800,000 people, will produce more oil per capita than any other country in the world. The government’s oil revenue could reach $21,000 per person, almost double the current figure.

More surprises: this year the Guyanese economy could grow by 58%, an exorbitant figure. It is estimated that in the next four years the hydrocarbon sector will grow at 30% per year. What was until recently one of the poorest countries in the Americas has already surpassed the world average for per capita income.

What is good news for Guyana might seem like bad news for the climate, but it is not. Guyana’s oil emissions intensity—the amount of carbon released per barrel produced—is only half the world average, and it continues to decline. If Guyanese oil displaces that of its competitors, oil development in that country could even do something to reduce carbon emissions. But will this bonanza really help the Guyanese people? Not necessarily. The country is getting richer, but many of its inhabitants remain poor. It ranks 108th out of 191 countries on the UN Human Development Index. The Economist Intelligence Unit classifies it as a “flawed democracy”: elections are competitive, but not always fair. An electoral conflict in 2020 gave rise to several waves of violence between supporters of one side and the other.

Ethnic tension has long defined politics in a country divided demographically by the legacy of the British empire: 40% of Guyanese have ancestors who come from India; 30% from Africa; 10% are indigenous; and 20% is mestizo. Guyanese tend to vote by ethnic bloc, which rarely goes hand in hand with stability. And corruption is deeply entrenched. Its institutions are weak and inefficient.

For decades we have seen oil booms end badly. Rival groups fight fiercely for control of those rents instead of working together for a better future. Guyana ticks two key boxes on the list of risk signs of falling into the resource curse. Will the Guyanese be able to avoid this fate?

Maybe so, because they also have a couple of tricks up their sleeves: flawed as it may be, Guyana is a democracy, and this helps inoculate the people against the resource curse. And the sheer size of Guyana’s looming oil boom, coupled with its tiny population, might make it possible to satisfy everyone without having to get into impoverishing conflicts over oil loot.

Without wise and prudent political management, oil wealth can easily become a disgrace. Will Guyana have leaders who know how to avoid this sad fate?

The more they type, the worse they write? This is the ‘wasap effect’ in the language of adolescents | Technology

The more they type, the worse they write? This is the 'wasap effect' in the language of adolescents | Technology