US investigates West Bank death of Palestinian-American journalist Abu Akleh | International
is the headline of the news that the author of WTM News has collected this article. Stay tuned to WTM News to stay up to date with the latest news on this topic. We ask you to follow us on social networks. 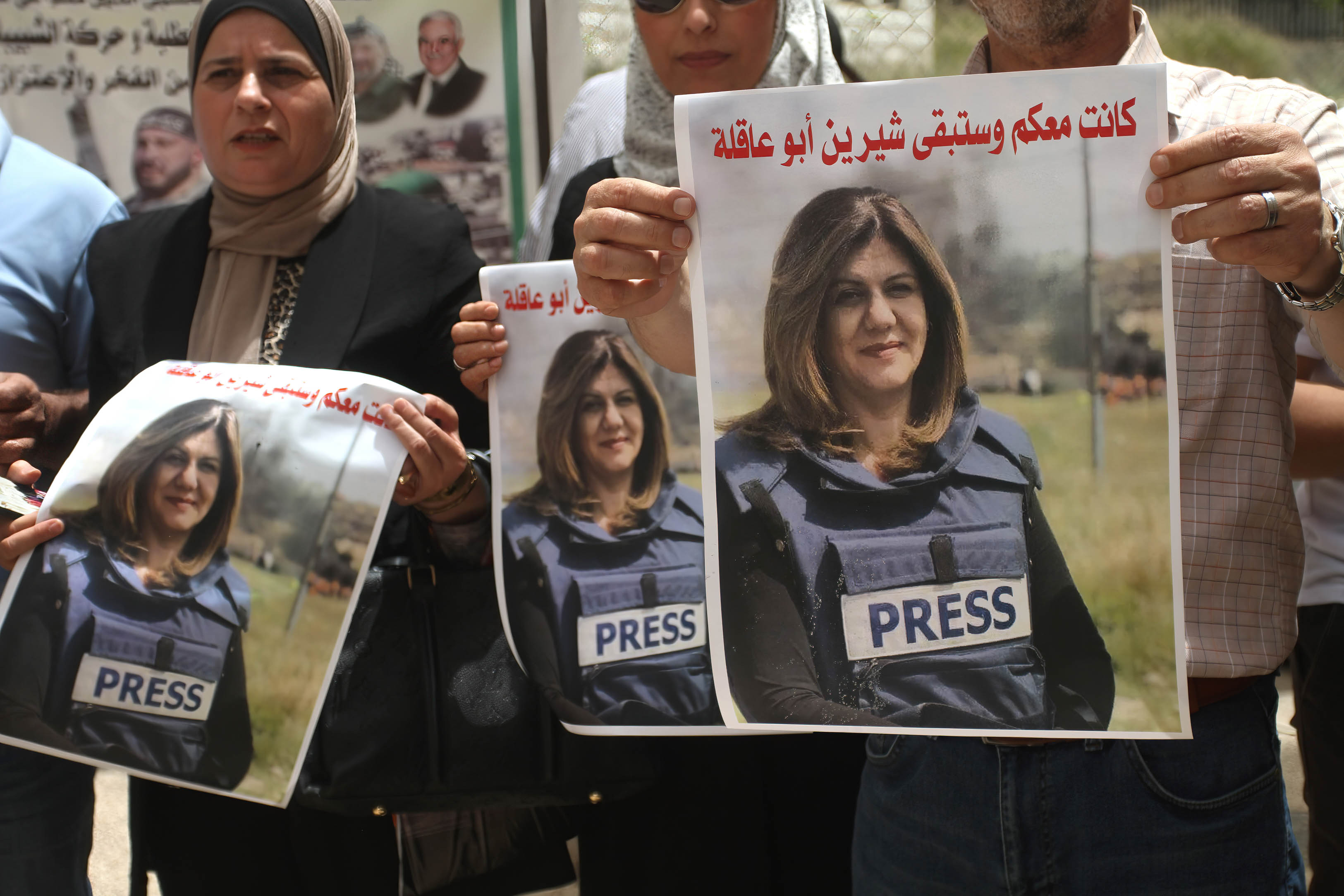 The United States has opened an investigation into the murder of the journalist from the chain Al Jazeera Shireen Abu Akleh, perpetrated in May in the West Bank, through the federal agency FBI. The journalist, a Palestinian-American national, was killed by an Israeli soldier while covering a military incursion in the occupied West Bank. Israeli Defense Minister Benny Gantz he claimed this Monday that his country will not cooperate in the investigations. Abu Akleh’s family has shown “encouraged” by Washington’s decision, which it has considered “an important step” for “accountability” and “justice”, and has asked to use “all investigative tools at its disposal” to clarify the facts. The Palestinian Ministry of Foreign Affairs has also welcomed the news.

The veteran journalist Abu Akleh, born in Jerusalem in 1971, was a reference throughout the Arab world, after 25 years appearing on the televisions of millions of people. Her murder shocked much of the region and caused a mixture of great consternation and anger throughout Palestine, where her death was greeted with one of the longest and most attended funerals in her history.

Although the opening of the investigation has not yet been officially confirmed by the United States, Minister Gantz on Twitter called the decision of the Justice Department, which oversees the FBI, an “error.” He also pointed out that he has conveyed a message of support to the soldiers of the Israeli army, and advanced that they will neither cooperate with an external investigation into the death of Abu Akleh nor will they allow an intervention in their own.

The Palestinian Authority, the family of Abu Akleh and Al Jazeera accused from the beginning the Israeli army of having intentionally killed the reporter. And while the Israeli military initially denied responsibility and accused Palestinian gunmen, a subsequent UN investigation concluded that the “apparently well-aimed” bullets that killed Abu Akleh were fired by Israeli soldiers. Various media outlets have come to similar conclusions.

It was not until early September that the Israeli army also concluded that there is a high probability that one of its soldiers killed the journalist by mistake, although its report qualified that it was not “possible to unequivocally determine the origin of the shot” and the military justice announced that it was not going to criminally investigate the facts. The US State Department had previously ruled out opening its own investigation. Israel’s categorical rejection of a US investigation stands in stark contrast to its initial calls for the Palestinian Authority to conduct one jointly.

Since the US Department of Justice has not made its decision official, the scope of the investigation it intends to carry out is pending. Although US media have pointed out that there are precedents for FBI investigations into the deaths of citizens abroad, an investigation involving the Israeli military is entirely rare.

The news also comes as the Jewish state is preparing for a change of government that is expected to bring to power the most right-leaning coalition in its history, with Benjamin Netanyayu as its leader.

The script twist in Washington comes after Abu Akleh’s family has been pushing for months, with the support of multiple Democratic congressmen and senators, for an investigation and justice for the journalist’s murder. In this regard, Congresswoman Rashida Tlaib pointed on Twitter that the opening of a case by the FBI is “the first step toward true accountability,” and urged authorities to ensure a “transparent, credible, and impartial” investigation. Senator Chris Van Hollen, for his part, I consider that “this is a late but necessary and important step in the search for justice and responsibility.”

In a statement, Abu Akleh’s family has said it is prepared to assist in the investigation, and has asked anyone with evidence to do the same. “We hope this US investigation is truly independent, credible and thorough, and that it follows the evidence as far as it goes,” she wrote.

The Israeli human rights group Yesh Din, which also works in the West Bank, has expressed in a statement its satisfaction with the opening of the investigation and has stressed that “this is an unusual event”, since in most cases the army Israel does not conduct criminal investigations in cases like this.

This is the new Olivia Colman movie