Ukraine: Zelensky demands in Davos to seize all Russian assets abroad and allocate them to war victims | International

Ukraine Zelensky demands in Davos to seize all Russian assets

Ukraine: Zelensky demands in Davos to seize all Russian assets abroad and allocate them to war victims | International
is the headline of the news that the author of WTM News has collected this article. Stay tuned to WTM News to stay up to date with the latest news on this topic. We ask you to follow us on social networks. 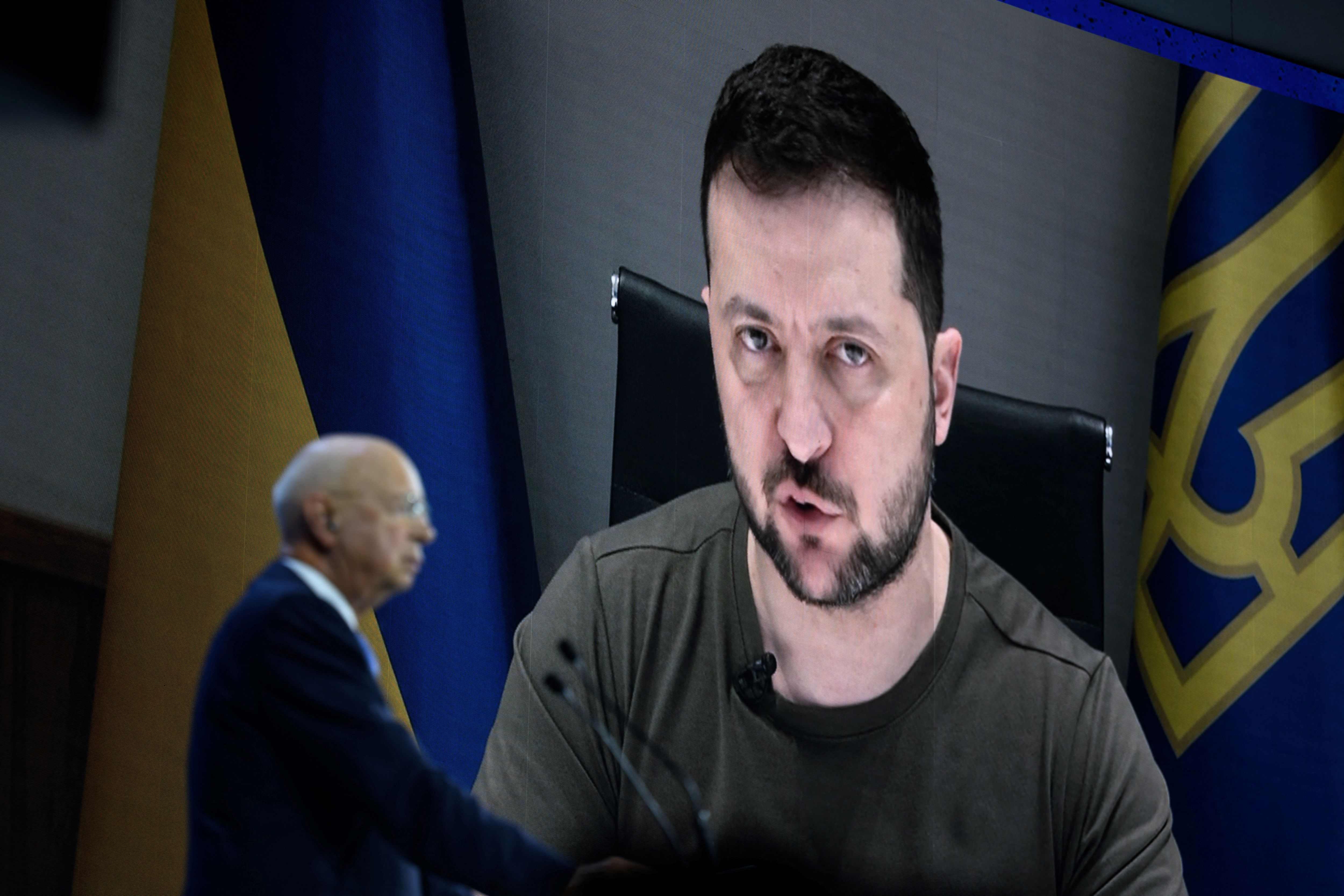 The Davos Forum has rolled out its particular red carpet for the president of Ukraine, Volodímir Zelenski, who has offered the opening speech of the annual meeting. Before some of the main political and business leaders of the world, Zelensky has called for more sanctions against Russia, just one day before three months after the invasion of the country: “Now is the time to give an answer. All Russian banks must be sanctioned without exception, cut off all their access to technology and all commercial ties ”, he has claimed by videoconference, dressed in his already emblematic green shirt. In his opinion, “maximum pressure must be exerted so that any aggressor knows the consequences of their actions. That level has not yet been reached,” said Zelensky, who has called for all Russian assets abroad to be seized and put into a special fund for those affected by the war. “If the aggressors lose everything, they will have less motivation to start wars,” he has said.

Zelensky’s appeal to Davos is important after the US government’s commission for security and cooperation in Europe issued a harsh criticism two weeks ago of the role played by Switzerland. “Switzerland, long known as a destination where war criminals and kleptocrats often hide their loot, is one of the main supporters of Russian dictator Vladimir Putin and his henchmen. After looting Russia, Putin and his oligarchs use Swiss confidentiality and banking secrecy laws to hide and protect the proceeds of their crimes,” the agency stated in a statement.

Full to listen to Zelensky

Despite everything, rarely has the central stage of the Davos Congress Center been too small to accommodate the interest of the participants in listening to one of the guests. It has only happened with some of the great world leaders who can decide the fate of the world, such as the presidents of the US, Donald Trump, or of China, Xi Jinping. And he has returned to spend this Monday with Volodímir Zelenski, before whom all the attendees have stood up and have broken into applause at the end of his speech.

“There are many moments in history when things have changed dramatically, as happened in Sarajevo in 1994, so you always have to respond to prevent similar acts from happening in the future,” Zelensky insisted. The Ukrainian president has been “very grateful for the support” of the international community, but he has not spared reproaches either: “If [la contundente respuesta internacional actual] Had it happened in 2014, Russia would not have initiated these actions and so many lives would not have been lost.” “We have paid a very high price for not acting preemptively against Russia,” he stressed.

All in all, the message to the Davos leaders had an important economic profile with the aim of encouraging companies to invest in the country’s reconstruction. “All Western companies must definitely leave Russia and I offer them to come to Ukraine, to develop their activity from here. We offer to set a precedent to rebuild a country, a unique model to be able to sponsor a city, a region, an area”, he insisted. The president has encouraged companies to participate in the Lugano conference that will take place in July and in which the different formulas of cooperating in the reconstruction of the country will be addressed. “We need 5,000 million dollars a month to function, finance the war and create a fund to rebuild the country,” Zelensky estimated, insisting on the need to keep the economy and the country running, given what seems more and more every day. Clearly it is going to be a long-term conflict.

Now that Russia has blocked Ukraine’s access to the ports of the Black Sea and the Sea of ​​Azov, the Ukrainian president has assured that his government’s priority is to try to maintain cereal exports from what is considered the breadbasket of Europe, and to a large extent the world, through the Baltic ports or by rail, “but there is no single solution”. The Ukrainian silos accumulate, Zelensky said, more than 10 million tons of corn and wheat, mainly, which remain stored in Ukraine due to the possibility of using their traditional export routes. But he has warned of the robberies to which they are being subjected by Russian troops, which has forced his government to ration exports.

Zelensky ended his speech with a call for the West not to give up on Russia. “What the Russian Federation fears most is that the unity of the West is maintained. Do not stop in that unity and in that opposition because it gives us a lot of energy”.