Ukraine prepares for the most difficult winter | International

Ukraine prepares for the most difficult winter International

Ukraine prepares for the most difficult winter | International
is the headline of the news that the author of WTM News has collected this article. Stay tuned to WTM News to stay up to date with the latest news on this topic. We ask you to follow us on social networks. 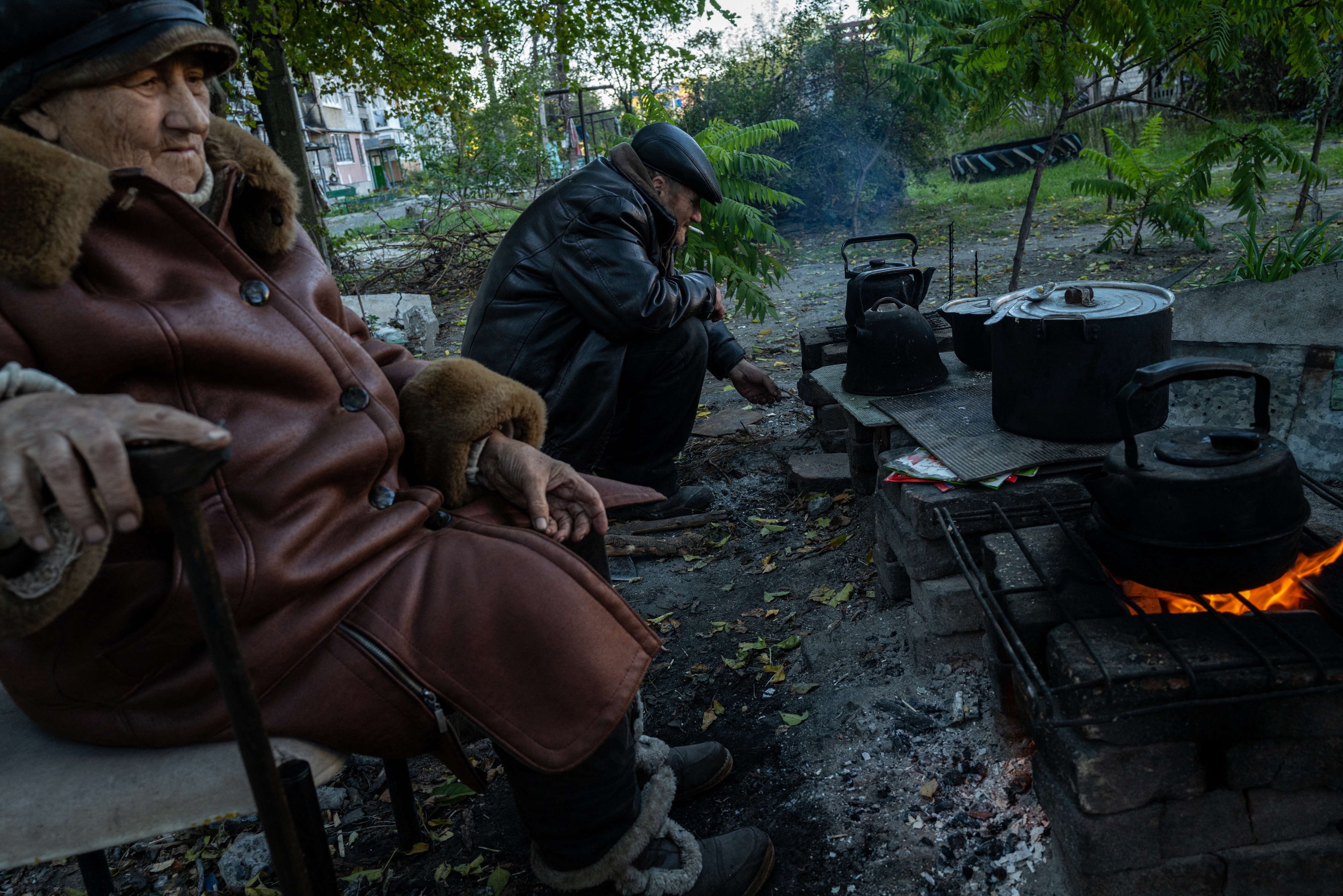 Temperatures are already below zero degrees at night in Ukraine and hundreds of thousands of people have to go through them since the 10th without heating or electric stoves. That Monday in October, Moscow began its massive attack plan against the Ukrainian energy network and since then not a day has gone by without bombing key infrastructure for the survival of the population. Saturday was the most devastating day, according to a statement from Ukrenergo, the public company that manages the Ukrainian electricity grid: more than 30 missiles left entire populations in 10 provinces without electricity. In Lutsk, a city in the west of the country close to Poland, the hot water supply was interrupted. The Ukrainian president, Volodímir Zelenski, and the president of the European Commission, Ursula von der Leyen, have coincided in calling this strategy a war crime.

The war will bring Ukraine the harshest winter in decades. Yurii Vitrenko, president of the state gas company Naftogaz, warned as much in August, and since then the situation has only gotten worse. Russia has focused its offensive this October on destroying Ukraine’s energy infrastructure. More than 40% of the country’s electricity network has been out of service, in addition to hundreds of kilometers of gas pipelines, water pipes and all the refineries. The Russian goal is to leave millions of people without resources to cope with the cold.

Vitrenko warned in August from the pages of Guardian that they proposed to reduce this winter on average the temperature of the heating by about four degrees – the heating in Ukraine is centralized by the municipalities. Two months later, on October 14, the president of the gas company confirmed in an interview with Kyiv Independent that the situation was worse than expected because many of its heating water plants have been rendered unusable. Vitrenko also warned that Ukraine only had less than half of the gas reserves needed to spend the winter safely: the gas that it imported from the European Union has stopped flowing because its European allies have to face their own crisis. energetic.

The heating season should have started in kyiv two weeks ago, but Naftogaz has confirmed that this year it will start later – and end earlier – due to the lack of gas and coal – the two main coal mines in Ukraine have suspended their activity due to The attacks-. The alternative for millions of people is electric stoves, but this resource is also at risk, as Zelensky made clear this week: a general blackout is possible. The Ministry of Energy calculates that it has lost 50% of thermal generation – coal and combined cycle plants are the main source of electricity in the country -, in addition to 30% of solar plants and 90% of wind farms . Not only that: the Zaporizhia nuclear power plant, which provided 20% of Ukraine’s electricity production, is in the hands of Russian forces.

Municipalities are already reducing the electricity consumption of their buildings, public transport and urban lighting, and in some cases, such as the city of Zhytomyr, cuts occur at certain times on certain days of the week. Millions of citizens are voluntarily reducing consumption, as can be seen walking around kyiv, where many businesses turn off part of the lighting. All this, according to the Ministry of Energy, will not prevent power outages, to avoid overloading the network, from becoming common.

The authorities reiterate that citizens must stock up on material to combat the cold, from sleeping bags, thermal clothing to diesel generators in communities. The Minister of Territorial Policy, Oleksii Chernisov, made an appeal on October 12 at a conference of the Atlantic Council analysis center of the United States for its international allies to send generators, fuel, mobile water purification plants and mobile boilers to Ukraine heating. “Winter is going to be very hard, we were not prepared, we did not foresee an attack on this scale against the energy network,” former Deputy Foreign Minister Olena Zerkal said at the same conference. “This winter will be very, very dark and cold,” added Oksana Nechiporenko, director of the NGO Global Office.

A queue of dozens of people waited in kyiv on Saturday in front of the headquarters of the NGO Yo Mariupol. Volunteers distributed boxes of food to those waiting their turn, refugees from Mariupol, the city on the coast of the Sea of ​​Azov devastated by the Russian siege last spring. Those responsible for Yo Mariupol commented that they are collecting requests for help to get through the winter. The people who come ask above all for clothes and sleeping bags. Ukraine has about seven million internally displaced people, according to a United Nations count, people who have fled practically with their clothes from areas close to the fighting.

Former Deputy Minister Zerkal anticipates that the situation will cause a new wave of migrations to the European Union, but also to other Ukrainian areas where they have resources, especially families with minors. EL PAÍS has interviewed several people in kyiv in the last week who confirm that they have everything ready to leave the capital to settle in second homes or in relatives’ houses in rural areas where they have autonomous heating and access to drinking water. Yulia Makuha visited mountain equipment stores in kyiv last Saturday to buy thermal clothing and a sleeping bag for the low temperatures of the Ukrainian winter, which can drop to 10 degrees below zero. Ella makuha explained that she planned to move to the province of Vinnitsa, in the center of the country, where her parents live, in a house that has its own heating that can work with coal or wood.

“The number of people who visit us has skyrocketed,” said Sergei Dogov, manager of the Kaprikorn mountain equipment store in kyiv. “Above all, they buy gas stoves, thermal clothing and sleeping bags,” Dogov said, the same products that the city’s mayor, Vitali Klitschko, recommended two weeks ago to his fellow citizens to purchase for the coming months. The store manager himself has prepared his apartment with folding solar panels to place on the balcony, sleeping bags, a stove with several gas cylinders.

In Horodnia, a rural area 200 kilometers north of kyiv, daytime temperatures are already close to zero degrees. In the center of the municipality, a clothing distribution point has been set up for those evacuated from the eastern provinces, the closest to the front. In a visit to this newspaper last Wednesday, Galina Volechuk, head of the center, and her team of retired volunteers took on the situation with resignation, without anxiety: “Russia will not win this battle, we know how to live with the cold.” Prominent Kremlin propagandists repeated this October on social networks that the cold will now be a weapon for Russia, as it was for the Soviet Union when it stopped the German invasion in World War II. The differences are evident: on this occasion, the invader is Russia, and in front of it is a country that also knows how to live with the inclemency of the cold.

Mateo Salvatto, a 23-year-old technology entrepreneur: “You don’t have to be a genius to innovate, but naive” | Technology

Mateo Salvatto, a 23-year-old technology entrepreneur: "You don't have to be a genius to innovate, but naive" | Technology