Two UN inspectors will stay at the Ukrainian nuclear power

Two UN inspectors will stay at the Ukrainian nuclear power plant in Zaporizhia after certifying that it has suffered damage | International
is the headline of the news that the author of WTM News has collected this article. Stay tuned to WTM News to stay up to date with the latest news on this topic. We ask you to follow us on social networks. 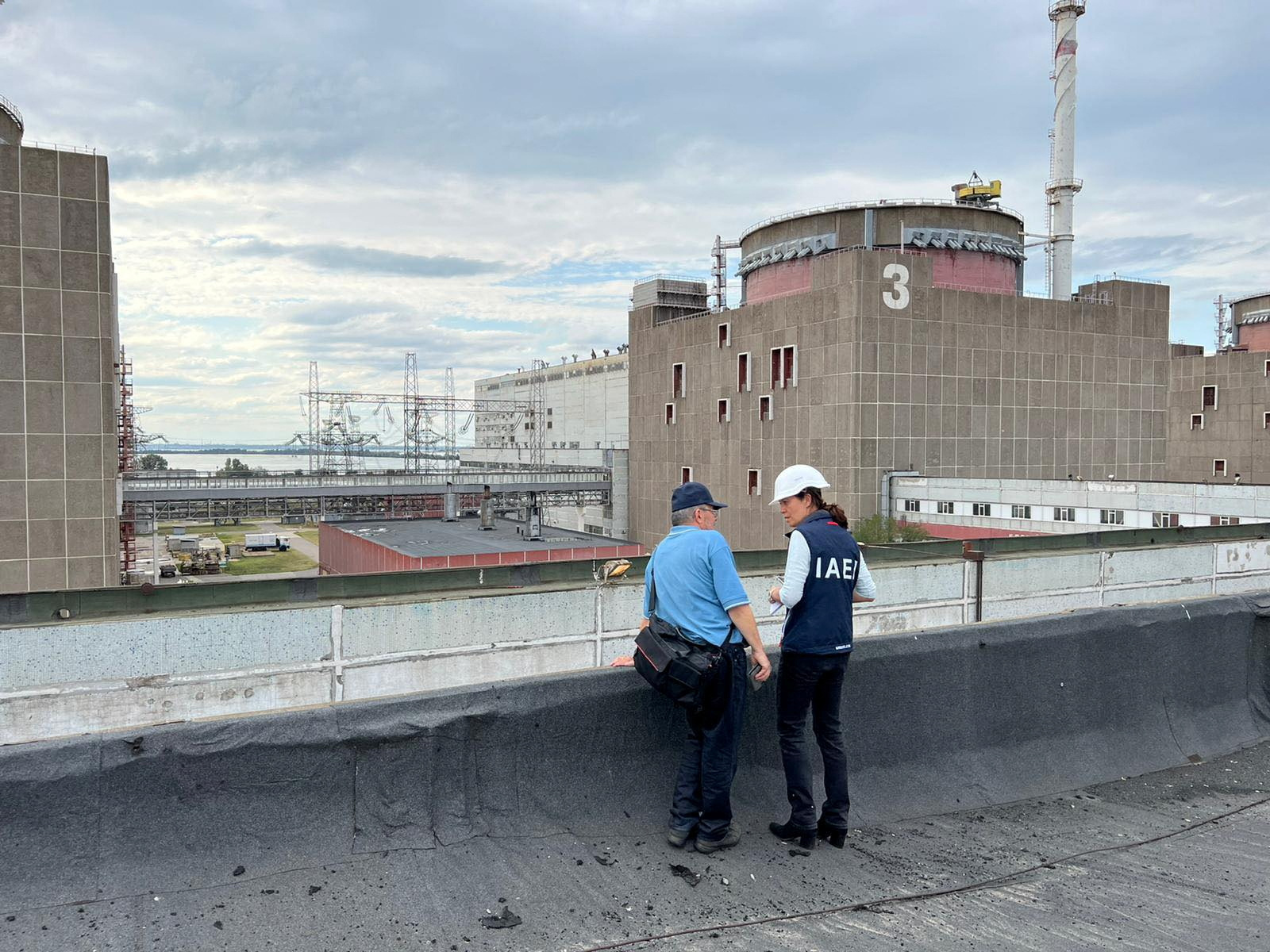 Two inspectors from the International Atomic Energy Agency (IAEA), the United Nations nuclear agency, will stay permanently at the Zaporizhia nuclear power plant, the Russian ambassador to international institutions based in Vienna reported Friday, quoted by the Russian news agency RIA Novosti. These two experts are part of the mission that the UN monitoring body began the day before in this atomic plant, the largest in Europe, which has suffered damage from the war, as confirmed by the head of the mission, the Argentine Rafael Grossi . For weeks, Russia and Ukraine have accused each other of bombing the plant, which Russian forces seized on March 4, and its surroundings. In addition to the two experts who are expected to be installed at the plant, at least another five inspectors will remain at the plant until at least this Saturday.

Grossi, who leads the team of experts, confirmed on Thursday what was almost taken for granted and which he himself called “obvious”. The Zaporizhia plant and its “physical integrity” have been “violated on several occasions, by chance or deliberately,” he said at the last minute after his delegation entered the atomic plant with a delay of several hours due to the bombing that They didn’t stop all morning.

The head of the UN atomic watchdog indicated that his team “has no elements” to assess whether the damage – which he did not detail – has been premeditated, but that “it cannot continue to happen.” He then announced the intention to establish the permanent mission of some experts at the plant, which Russia has finally confirmed less than 24 hours later. According to Grossi, the two inspectors will stay at the plant “in the hope that it can continue to provide an unbiased, neutral and technically sound assessment of what may be going on” there. At the end of their mission, the United Nations experts plan to prepare an assessment of the state and security risks of the facilities that will be presented to the general meeting of the UN agency.

The head of the mission specified that on Thursday he had visited “three or four key areas that he wanted to inspect personally”, and cited some nuclear power units, diesel generators and control rooms, and announced that he had spoken with employees and citizens of Energodar, the town where the plant is located, on the eastern bank of the Dnieper River. The stress of these Ukrainian workers who operate the plant, under the orders of Russian officials, is one of the aspects for which the United Nations agency has shown most concern due to the increased risk of human error that their situation entails. Weeks ago, the IAEA described the living and working conditions of these Ukrainian personnel as a “semi-liberty regime.”

Ukraine has claimed this Friday that it has bombed Russian military positions in the city of Energodar. “Our troops have carried out precision strikes on the cities of Kherson and Energodar, destroying three enemy artillery systems, as well as an ammunition stockpile,” the Ukrainian Army said in its evening report.

The Ukrainian state nuclear company that exploited Zaporizhia until Moscow seized it, Energoatom, has questioned this Friday that the IAEA can carry out the impartial evaluation to which the director of the agency alluded. He has also accused Russia of “manipulating” the UN mission and organizing “a planned show” aimed at misleading experts, by placing residents of Energodar “who complained about the bombings” at the entrance to the nuclear power plant. of the Armed Forces of Ukraine.

The state company criticized that the Russian managers of the plant did not allow the inspectors to enter the crisis room of the plant where, according to Ukraine, Russia maintains troops and weapons: “The Russians did not allow the mission to enter the crisis center of the plant, where there are currently Russian military personnel that the IAEA representatives should not see. According to Energoatom, the presence of Russian military vehicles, also in the turbine hall of the reactors, “was presented to IAEA experts as equipment for chemical defense forces.”

“The Russian Army lies, manipulates and distorts the reality at the Zaporizhia nuclear plant by communicating to the IAEA mission only the information that benefits it,” Ukraine’s nuclear power company wrote on its Telegram account. Energoatom later claimed that only part of the staff was allowed to work and that most of the “international media” present were “Russian propagandists”, while Ukrainian and foreign journalists were prevented from reaching the facility through the Russian checkpoint. , accused the company.

Russian Defense Minister Sergei Shoigu has rejected claims from kyiv and the West that Russia has deployed heavy weapons at the Zaporizhia power plant, before describing Ukraine’s actions regarding the plant as “nuclear terrorism” and again accusing Russia. Ukraine to bomb facilities.

The Ukrainian president, Volodímir Zelenski, also alluded this Friday to the difficulties faced by the United Nations inspectors and which he attributed to the “presence of Russian troops.” Although Zelenski had made ugly on Thursday the IAEA mission that had not made “an appeal to Russia to demilitarize the plant”, the Ukrainian president was more conciliatory in assuring that this mission “may have a role to play” in an intervention via videoconference at the Foro Ambrosetti meeting in northern Italy. For his part, the Kremlin spokesman, Dmitri Peskov, valued “very positively” that the IAEA is evaluating the safety of the Ukrainian nuclear power plant, during his daily telephone press conference in Moscow.

On Thursday, one of the two reactors that still worked at the Zaporizhia plant had to be shut down due to a Russian bombardment, according to Energoatom, while Moscow accused Ukraine of having sent “a sabotage group” that same day to try to regain control of the plant. According to the Ukrainian state-owned company, a used power supply line from the plant was also damaged. This Friday, the shutdown reactor was reconnected around 1:00 p.m. local time (12:00 p.m. in mainland Spain). Just a week earlier, a fire caused by the bombings that kyiv and Moscow mutually attribute, left the plant “totally offline” due to damage to the electrical connections with the country’s network “for the first time in its history,” according to Energoatom. The plant partially returned to operation last Friday.

The Zaporizhia plant concentrates six of the 15 nuclear reactors that Ukraine has. Its installed power is six gigawatts —the installed nuclear power in all of Spain is seven gigawatts—. It is considered that an accident at these facilities could far exceed the Chernobyl (1986) and Fukushima (2011) disasters.

This is the new radio 6646, sustainability by flag