The House of the Dragon George RR Martin wanted more

‘The House of the Dragon’: George RR Martin wanted more time jumps and start the story earlier
is the headline of the news that the author of WTM News has collected this article. Stay tuned to WTM News to stay up to date with the latest news on this topic. We ask you to follow us on social networks.

‘The House of the Dragon’ has managed to recover the spirit of ‘Game of Thrones’ with a first season that has triumphed in audiences and that has regained the fervor for Poniente. Critics and audiences have applauded the first episodes of the prequel, which is based on George RR Martin’s novel ‘Fire and Blood’. But precisely the author has recently commented that he had in mind some bases that were a little different from the path chosen by Miguel Sapochnik and Ryan Condal for the beginning of the story. 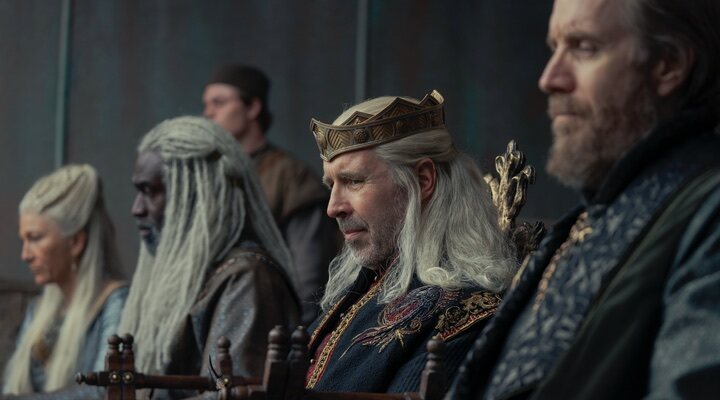 “One of the biggest problems for the writers was where to start. We start with the Great Council where the lords vote that the heir to Jaehaerys, who had just lost his son Baelon, died of appendicitis. Who will be his heir now? The lords voted Viserys over Rhaenys. That beginning was not granted by a muse of ancient Greece. We – other writers and I – had many heated discussions about the starting point of the story.“ explains Martin in a talk on his editorial channel.

It turns out that the writer not only does not see a problem in the multiple time jumps and changes of actors that ‘The House of the Dragon’ has had, but he wanted more. This was the version of the beginning of it: “It would have started about 40 years earlier, with an episode that would have been titled ‘The Heir and the Spare’, in which both of Jaehaerys’ sons, Aemon and Baelon, are alive. We would see the friendship, but also the rivalry, between the two sides of this great house. Aemon is accidentally killed when he is accidentally shot by a Myrish archer on Tarth, and Jaehaerys then has to decide who becomes the new heir. Will it be the daughter of the eldest son who just died, or will it be her second child, who has children of her own and is a man, while she is a teenager? You would have had another 40 years and there would have been more time jumps and more recasts and yeah I was the only one excited about that.“.

Taking into account that the main complaints of the first season were, precisely, the time jumps and changing the actors suddenly every few chapters, it is quite likely that they made the right decision not to add more changes and postpone the start of the Dance. of Dragons, the true heart of the series. Ryan Condal, who remains at the helm of the series in its second season after Sapochnik’s departure, has ensured that the time jumps are over: “We will tell the story in real time from here on out. The actors are going to play their characters until the end. We are not going to change anyone, nor are we going to make big time jumps“. The second season, yes, will take time to arrive. From HBO they affirm that our return to Poniente will take place in 2024 because they are still in very early stages with the second season.

George RR Martin also commented on two other ideas that were scrapped for the start of the series. One was to start with the death of Aemma, Viserys’s wife, and another was to start directly with the death of the character who ended up being played by Paddy Considine.so we would not have seen the youths of Rhaenyra and Alicent, and therefore we would not have discovered the wonderful Milly Alcock and Emily Carey.

“Digital twin” or complex digital model in IT