The dead in the Netherlands rise to six in the

The dead in the Netherlands rise to six in the accident of a truck with Spanish license plates that ran over a picnic area | International
is the headline of the news that the author of WTM News has collected this article. Stay tuned to WTM News to stay up to date with the latest news on this topic. We ask you to follow us on social networks. 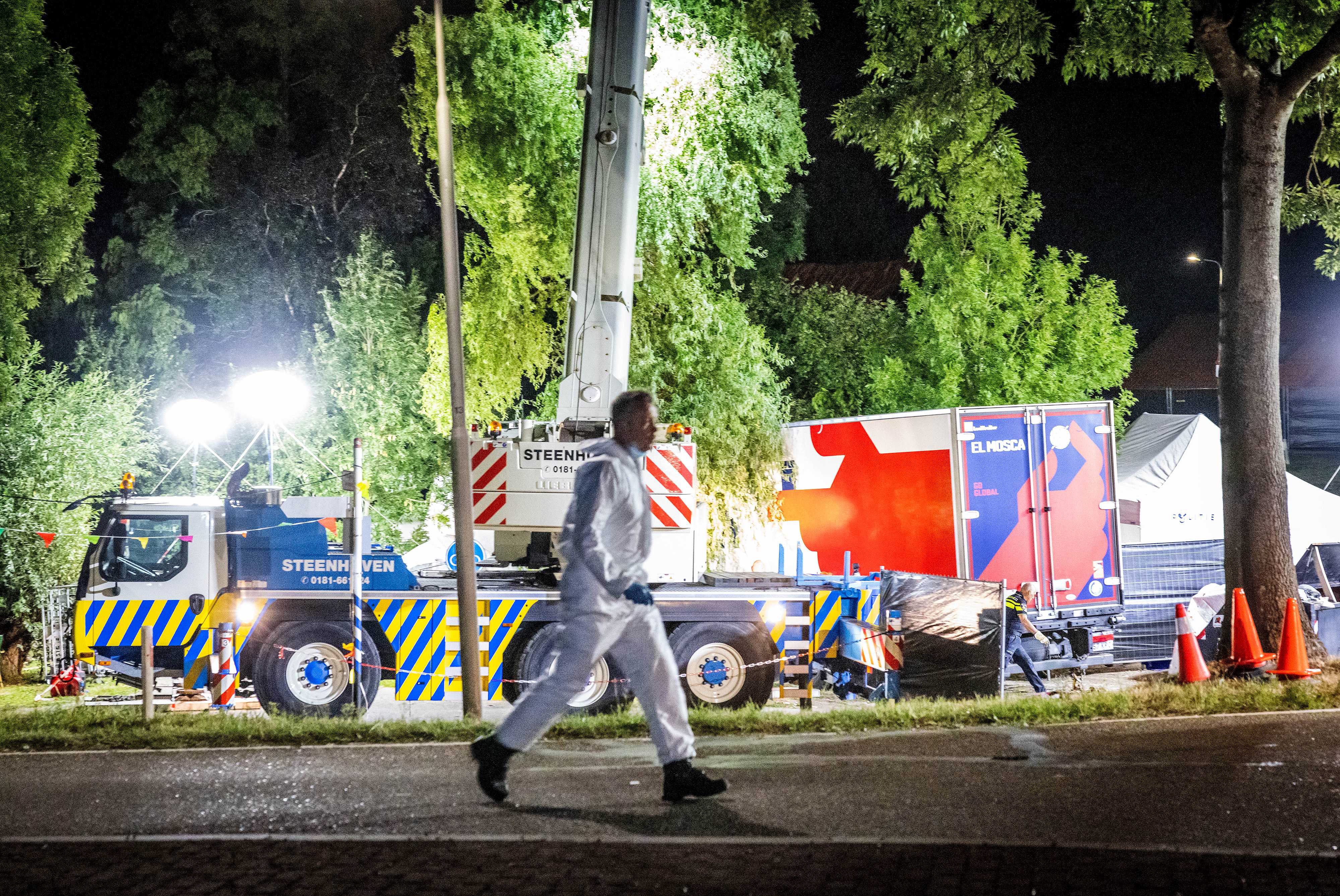 Six people died this Saturday in the Netherlands when a truck from a Spanish transport company crashed into a group of neighbors who were enjoying a barbecue a few kilometers from Nieuw-Beijerland, a town near Rotterdam. According to the Dutch police, there are also seven injured, one of whom is very serious. The driver, 46 years old and from Murcia, was not drunk and has been arrested. He left the road and slid down a slope for reasons still unknown, running over people who were sitting at long tables arranged in a field. Everything happened suddenly and there was no time for the group to separate. A team of 16 agents is investigating the events, and has taken a statement, as a witness, from the driver of a white van that was parked in the area at the time of the incident.

The truck bears the name of the firm El Mosca, based in Murcia, and it has been necessary to lift it with the help of a specialized crane. As he rushed over people, the police first pointed out that there could be at least three dead. Then he pointed out that there were more than two, emphasizing that they did not know if there was someone left under the wheels. This Sunday they have estimated the fatalities at six, and their spokesmen have specified that the vehicle was stopped before the accident. The regional radio and television network, Rijnmondpoints out that among the deceased there are three members of the same family: “A mother, her son, and the pregnant daughter-in-law.”

Some witnesses have made comments to the Dutch public television (NOS), and a couple present at the picnic describes what happened as follows: “The truck stopped, then started and then rushed down the embankment. We felt like we were in a movie and we saw people being swept away.” To the numerous messages of condolence for the victims and their relatives has been added that of the Minister of Justice, Dilan Yesilgöz. She has also wished strength “to the rescue teams”.

The barbecue had been organized in a residential neighborhood and is an annual event for the local ice skating club, De Kom. This time, it gathered more diners than usual because its president was saying goodbye. There were children and adults, and it has made a deep impression in an environment where everyone knows each other.

With the investigation underway, the first statements of the eyewitnesses indicate the same thing: they were calmly eating and, suddenly, the truck was on top of them. Charlie Aptroot, interim mayor of the municipality that includes the town of Nieuw-Beijerland, has said on his Twitter account that he feels “great sadness and disbelief at something incomprehensible.” A telephone line has been opened for neighbors who want information, while psychological help is provided to those affected.

The kings, Guillermo and Máxima, have published a message where they say they feel “shocked and affected by the accident”. In the same note they affirm that “the grieving families are in our thoughts and we wish the injured strength in their recovery.” Prime Minister Mark Rutte has also shared his condolences in a tweet. He says: “I think of the victims and relatives of this terrible tragedy. I wish you a lot of strength.”

Compliance, 4 ways to encourage it

The ‘Matrix’ fan theory that reimagines what machines do

The 'Matrix' fan theory that reimagines what machines do