The candidates to lead the British Conservative Party decide to

The candidates to lead the British Conservative Party decide to wash the dirty laundry at home | International
is the headline of the news that the author of WTM News has collected this article. Stay tuned to WTM News to stay up to date with the latest news on this topic. We ask you to follow us on social networks. 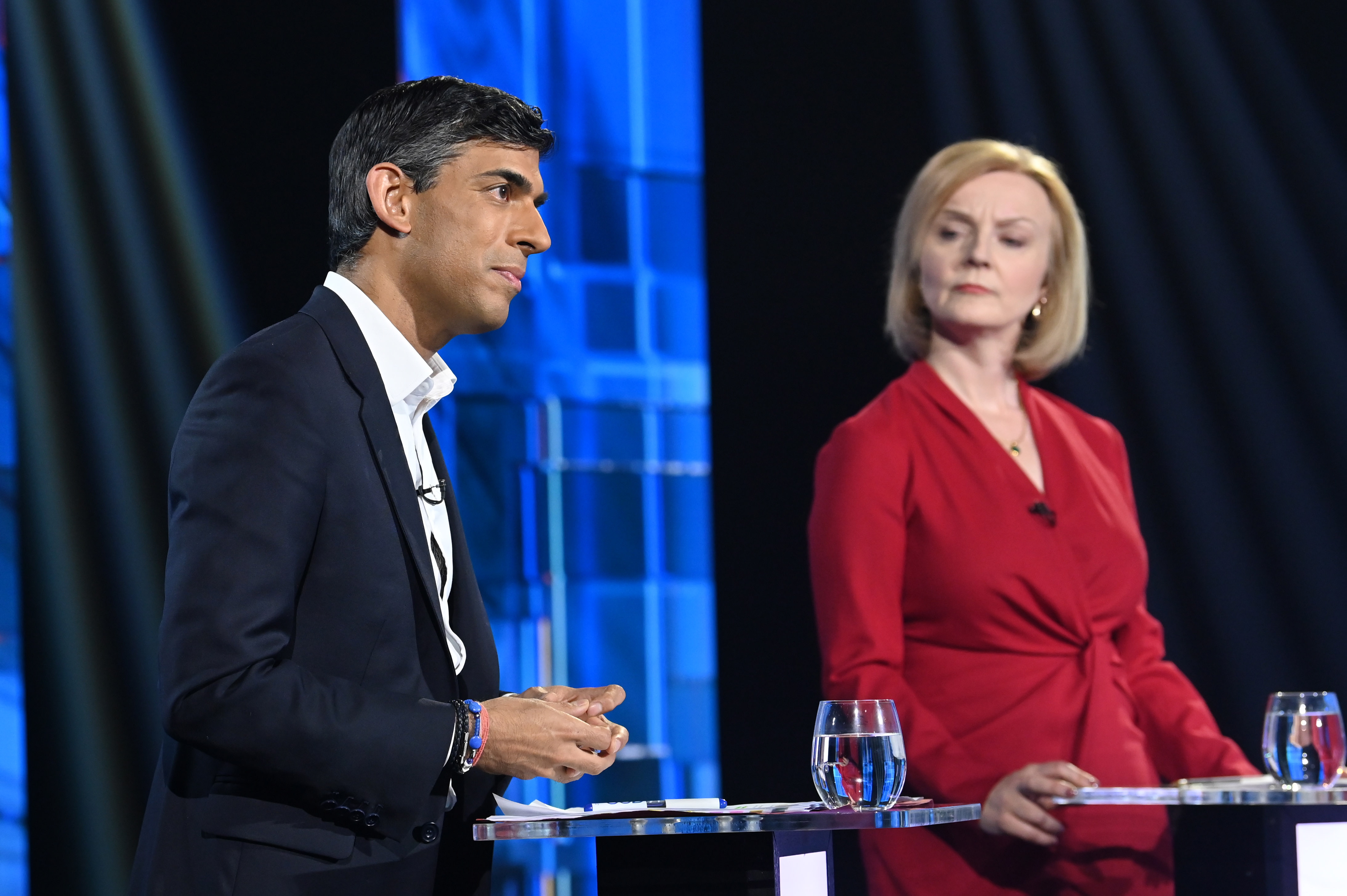 Dirty clothes are washed at home. The second televised debate between the candidates to lead the British Conservative Party, held this Sunday on the ITV network, ended with accusations of “thinking like the socialists” —Rishi Sunak to Liz Truss—; of “provoking a recession by stifling the economy with taxes” —Truss, to Sunak—; or lying about his ups and downs regarding women and transsexuals —Kemi Badenoch to Penny Mordaunt—. It was all too personal and visceral, at a time when Tories they need to convey an image of seriousness, after the debacle and resignation of Boris Johnson.

This Monday the deputies of the conservative parliamentary group voted again, and the candidate with the least support, the president of the parliamentary committee on Foreign Affairs, Tom Tugendhat, has been eliminated. Four left. All with many possibilities. None wanting to go back to having to skin themselves in public in front of the cameras. Former Economy Minister Sunak retains the status of favorite, with 115 votes. And the Secretary of State for Commerce, Mordaunt, still the most popular among the affiliates, is still in second place, with 82. The result is a certain alarm signal because she obtained one more support in the vote last Thursday. Meanwhile, the Foreign Minister, Truss, continues her advance, and with 71 votes she already casts a dangerous shadow over Mordaunt.

Everything suggests that the next to fall will be Kemi Badenoch, former Secretary of State for Municipal Government. She of Nigerian origin and with a direct and clear speech ―very much to the right of the match―, she has been the surprise of the competition. Backed above all by eurosceptics, she has won 58 ballots in the vote this Monday, twice as many as Tugendhat.

The first to make the decision to withdraw from the debate scheduled for this Tuesday on the chain SkyNews have been Sunak and Truss, which has led to its cancellation. The Conservatives have concluded that there is a long month of August ahead. It will be then when the last two candidates tour the country, speak with the members of the party with the right to vote -some 200,000-, debate among themselves and expose themselves publicly. For this first phase there has already been too much blood.

This Tuesday the deputies will vote again, and the competition will be reduced to three rivals. The vote will be repeated on Wednesday, to finally know the names of the two finalists. On September 5, once the votes that have been arriving by mail throughout August have been counted, the name of the new prime minister will be announced.

While the conservative deputies approached to vote in the primaries of their party in the room of the commission number 14, with windows oriented directly to the Thames, in the House of Commons an initiative more typical of magical realism than of supposed parliamentary pragmatism was debated which the United Kingdom has boasted for centuries. In a half-empty room, the two benches discussed a motion of censure presented by the Government itself. Johnson vetoed last week the one presented by the Labor opposition.

In Westminster, the agenda of the sessions is controlled by the Executive, but it has always been an uncontested tradition that, if the opposition requests time for debate to introduce a motion that questions Parliament’s confidence in the Government, the initiative receives the green light. Given the criticism received for his veto, Downing Street decided to present the same motion, but this time with the Executive’s signature. “I have no idea why Labor has insisted on having this no-confidence motion today,” protested Johnson – still the UK prime minister – at the start of the debate. “In fact, it has been the Government that has presented it”, he had to correct the speaker (Speaker) of the House, Lindsay Hoyle.

The leader of the Labor Party, Keir Starmer, aware that the chances of the motion going ahead – and thus activating an early election – were minimal, he has used the debate to launch his latest parliamentary attacks against Johnson. It was virtually impossible for Conservative MPs to vote against the Government, even if Johnson was thrown out of office a couple of weeks earlier. The session closes on Thursday. When the House of Commons reopens its doors, it will be with another prime minister. “They have thrown him out in the midst of shame, and he has been condemned by his party colleagues for considering him unworthy of the position and without the conditions to govern,” said Starmer.

Johnson, clinging to the end of the weapon that gave him his stunning election victory almost three years ago, has accused Labor of already maneuvering to end Brexit. “Some will say that as soon as he leaves office, it will be the end of Brexit, and both the leader of the opposition and the hidden forces will succeed in bringing us back into line with EU rules, as a prelude to our re-entry. But on this side of the House we will show them that they are not right, right?” said the Prime Minister, who thus drew some timid shouts of encouragement from the conservative bloc.

Telecommunications, this is what the European sector demands