Russia expands the plot on the murder of Daria Dugina

Russia expands the plot on the murder of Daria Dugina and blames another Ukrainian | International
is the headline of the news that the author of WTM News has collected this article. Stay tuned to WTM News to stay up to date with the latest news on this topic. We ask you to follow us on social networks. 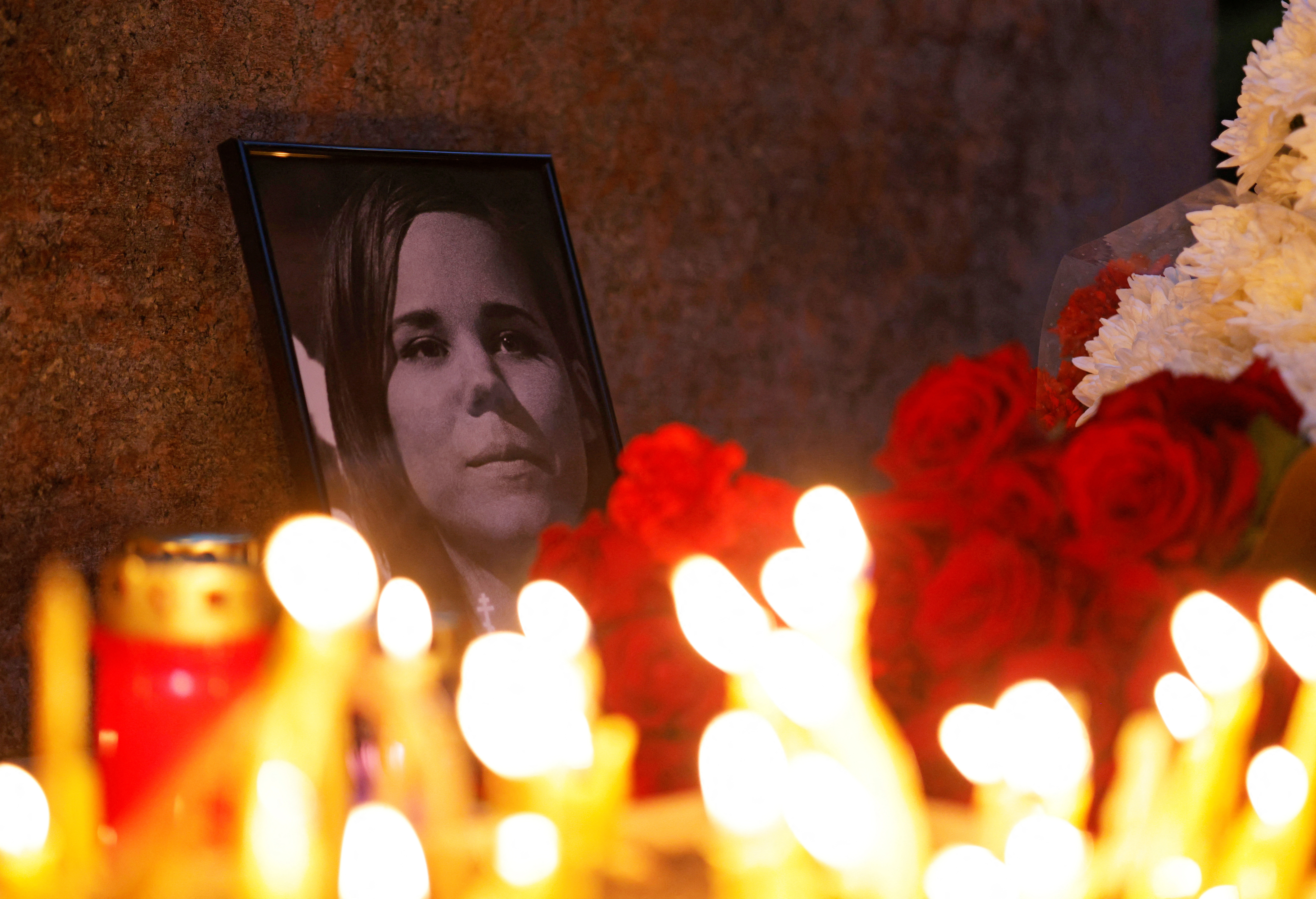 The Russian Federal Security Service (FSB, former KGB) has added one more Ukrainian name to the alleged plot with which it explains the murder of the daughter of the ultra-nationalist thinker Alexander Dugin. According to his version, another citizen, Bogdan Petrovich Tsiganenko, crossed from Estonia to Russia to provide false car license plates and an identity document to another alleged co-author of the attack, Natalia Vovk, who was identified in just 48 hours by the secret services. Meanwhile, the Russian media feed the figure of the victim in its campaign against Ukraine. Despite the fact that she was an unknown figure until now, Daria Dugina has been considered by Moscow the target of the attack.

The FSB has established that the attack was prepared in Moscow and Bogdan Tsiganenko was “another member of a Ukrainian subversive and terrorist group.” According to the investigation, he entered Russia on July 30, seven days after Vovk, to hand over the false license plates of the vehicle with which she followed Daria Dugina, as well as “a false passport in the name of a real Kazakh citizen, Yulia Zaiko”.

Russian espionage assures that this foreign citizen obtained the false plates at an express delivery point, although it does not explain how he did it without raising suspicions, and “together with Vovk he prepared an improvised explosive device in a rented garage in the southwest of Moscow”, according to the FSB statement, which previously confirmed that Dugina was the target of the attack. The 30-year-old woman died on August 20 due to the explosion of a bomb in the underside of her car after having witnessed a colloquium by her father at the Tradition festival.

The Russian security service has published an 11-minute video with several episodes of Tsiganenko in Russia. It not only shows his entry and exit from the country, but also the moment in which Vovk’s vehicle, a Mini Cooper, enters a garage with a license plate of the self-proclaimed Donetsk People’s Republic (E982 XN DNR) and leaves with another license plate from Kazakhstan (172 AJ 02) without arousing suspicion at the security checkpoint.

The recording also includes other key fragments, such as the appearance of Tsiganenko with sunglasses at the drop-off point to collect the false license plates on August 17, and a previously unpublished moment: Vovk allegedly recorded by the festival’s parking lot cameras shortly before the murder.

The organizers of the event themselves recognized that day that the surveillance system of the parking lot where the explosive device was placed was not working, something that was confirmed to the Ria Novosti news agency by the deputy director of the Center of Geopolitical Experts, Natalia Makéyeva. However, the FSB has now revealed this fragment, with which it claims to have documented that “the perpetrator of the attack personally watched Daria Dugina in the guest parking lot.”

This is the second recording published by the FSB about the suspects. In the previous one, it showed Vovk when he crossed the Russian border when entering the country from Ukraine and when leaving Estonia. Likewise, it also included images of the alleged spy in the foreground in the portal where Dugina lived. According to the FSB, Vovk stayed in the same building as her and carried out the attack accompanied by her 12-year-old daughter.

An anonymous website dedicated to leaking information about the Ukrainian military, Nemesis, was the first to leak an alleged Vovk military card. According to the platform, she would belong to the Azov battalion, something that her alleged parents clarified in interviews later granted to Russian state media by pointing out that she was a member of another department of the Ukrainian Armed Forces. Several members of this battalion who surrendered at the Mariupol steel mill are soon to be subjected by the Donbas puppet authorities to a trial that kyiv considers a sham, and the death penalty is planned for several of them.

The Ukrainian president, Volodímir Zelenski, has denied that his country was behind the attack and that he had any interest in it. For its part, the State Attorney General’s Office warned that Vovk’s identity could have been stolen in Mariupol after its conquest by the Russian army.

Dugina’s murder has served the Russian authorities to fuel hatred towards Ukraine. State television Perviy Kanal broadcast this Sunday a documentary about the victim entitled Close your eyes, be a warrior…where the figure of a political scientist who until her death was unknown to the general public is extolled.

“His only weapons were his word full of sincere love for Russia and his willingness to defend it to the end (…) Why did a talented young woman become an enemy of the Nazi regime and a target of Ukrainian terrorists?”, collected the summary of that program. This was preceded by another documentary, invincible donbaswhich was, according to Russian propaganda, “about the heroes of the special operation”.

“They saw that she was an attractive, charming girl; someone who could take off and they beat her at the beginning of it, ”said her mother, Natalia Melentieva, in the documentary about her. Asked for what reason she was killed, her father replied that she was “for the Russian idea, for the religious idea, for the Orthodox idea, for the sovereign idea. For the protection of our people, but above all for the idea of ​​Russia.”

His funeral also became an allegation against Ukraine. Alexander Dugin, much better known than his daughter for his links with the Russian ultra-nationalist sector, on which he has influenced with ideas such as turning the country into a Eurasian power in eternal struggle with the West, gave a speech during his funeral in which he highlighted that his death has been a price to pay for victory.

How to stay safe if you telecommute on vacation

Daniel Radcliffe Hooks Up With Madonna in ‘Weird: The Al Yankovic Story’ Trailer

Daniel Radcliffe Hooks Up With Madonna in 'Weird: The Al Yankovic Story' Trailer