Paris Winter Velodrome: Macron urges increased vigilance against “rampant” anti-Semitism | International
is the headline of the news that the author of WTM News has collected this article. Stay tuned to WTM News to stay up to date with the latest news on this topic. We ask you to follow us on social networks. 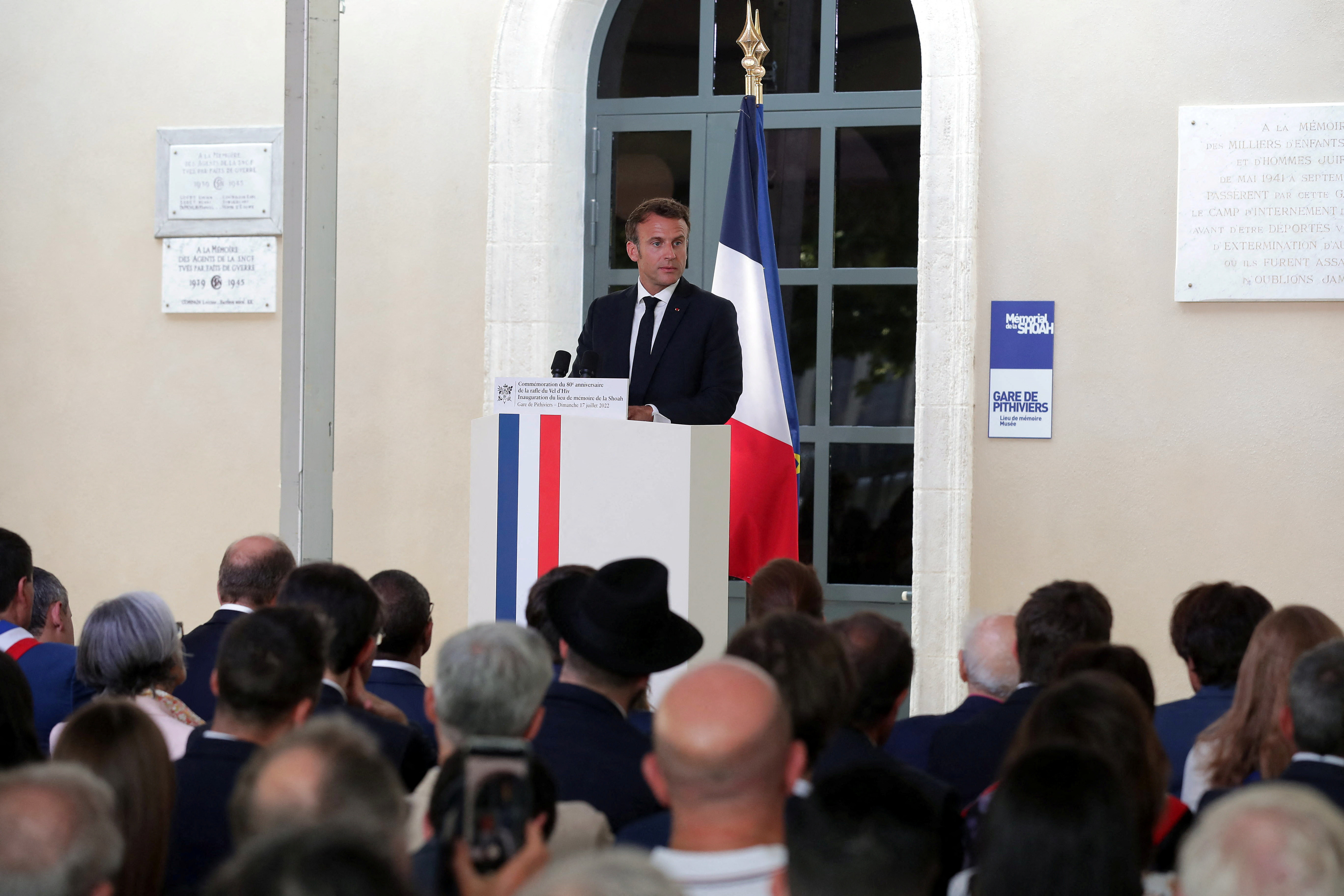 French President Emmanuel Macron called this Sunday to “redouble vigilance” in the face of “rampant” anti-Semitism and warned of attempts by some politicians to “falsify history.” To combat these scourges, he said on the 80th anniversary of the Paris Winter Velodrome raid, we must “look history in the face.” And this means recognizing, he stressed, as France has been doing only since 1995, the responsibility of the Gallic State in the largest raid against Jews in Western Europe during World War II, in which French police arrested more than 13,000 Jews, men, women and kids. Most of those arrested between July 16 and 17, 1942 ended up being deported to the Auschwitz-Birkenau death camp. Only a few dozen returned.

“Eighty years after that eclipse of humanity, it remains urgent, perhaps more than ever, to remember history in order to conjure it up,” Macron said from the newly opened Pithiviers Memorial, a former train station about 100 kilometers from Paris from where 8,100 Jews were deported to Auschwitz, including many of the women and children arrested during the Vel d’Hiv roundup, as the popular sports center next to the Eiffel Tower was known, where they were congregated before being transferred to various camps on the outskirts from Paris.

In a speech before survivors of the raid (less and less), relatives of deportees, political personalities and historical institutions, Macron repeated the words of his predecessor Jacques Chirac in 1995 with which France ended 50 years of denial of responsibility for the State in the deportation of Jews, foreigners and French as well. “Those black hours dirty our history forever. That day, France did the irreparable”, Chirac said then and Macron repeated this Sunday.

Because, to this day, “we have not finished with anti-Semitism. We have to make the lucid realization that anti-Semitism is even more ardent, more rampant than in 1995 in our country, in Europe and in many places in the world,” Macron said. An anti-Semitism that may “assume other faces, dress in other words, with other caricatures.” But that it continues to be a “hateful anti-Semitism”, continued the president, citing this time the French writer Émile Zola, who “wanders, persists, is obstinate, returns” and who “triggers the terrorist barbarism, the murders and anti-Semitic crimes of recent years , which desecrates graves (…) and leaks into social networks, applauded by those who confuse anti-Semitism with freedom of expression”.

An anti-Semitism, he concluded, that “also thrives through a new form of historical revisionism, or denial.” Macron did not mention his name, but the allusion was clear: the far-right former presidential candidate Éric Zemmour, who stated during the electoral campaign, as he had been doing in recent years on the sets where he was a talk show host, that Marshal Pétain’s regime “ saved French Jews” during World War II.

“Neither Pétain, nor Laval, nor Bousquet, nor Darquier de Pelleport, none of them wanted to save Jews,” Macron said, referring to political figures of the collaborationist Vichy regime. “It is a falsification of history,” he settled between applause, at the same time that he urged “to redouble vigilance, because the mechanics of 1940 came from afar and fed on hatred, on anti-Semitism turned into something ordinary”.

Shortly before, in another ceremony in Paris, his prime minister, Élisabeth Borne, also called to “look history in the face”, even if it is uncomfortable.

“Those July days, France lost its soul a little bit,” said Borne, daughter of Joseph Borne, a Jew who was in the Resistance and survived deportation to an extermination camp, but who ended up committing suicide when his daughter and now boss Government was 11 years old. “Being a patriot is not ripping out the pages of history that bother us, hiding or minimizing them,” he said before the place where the Winter Velodrome was erected, demolished in 1959, an era in which France was still silent about one of the episodes darkest in its history.

Active Directory, this is how it should be protected