kyiv denounces an attack on the port of Odessa one

kyiv denounces an attack on the port of Odessa one day after signing the pact to export Ukrainian grain | International
is the headline of the news that the author of WTM News has collected this article. Stay tuned to WTM News to stay up to date with the latest news on this topic. We ask you to follow us on social networks. 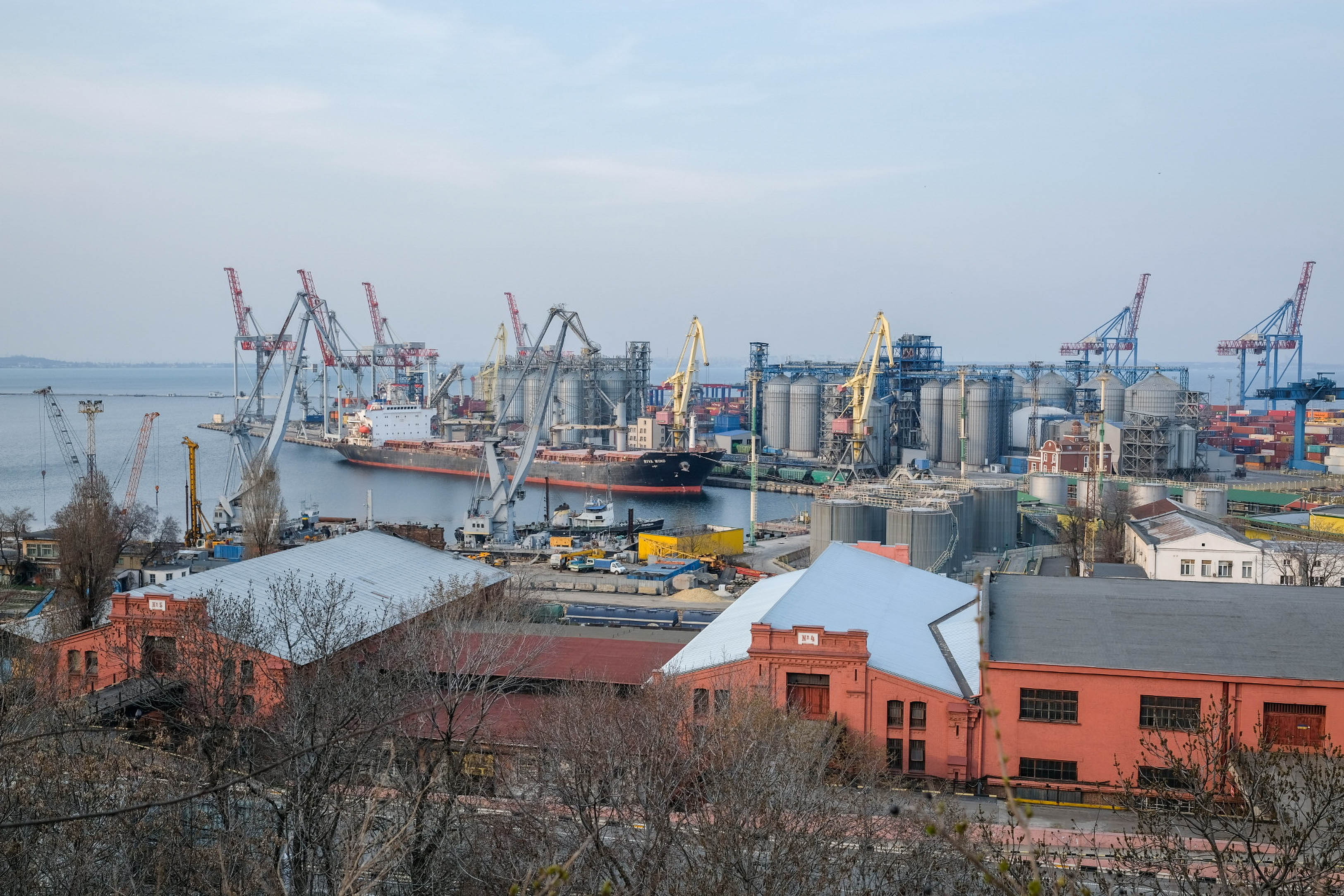 Russia has launched a missile attack on the port of Odessa on Saturday, according to Ukrainian military sources quoted by the Reuters agency. The denunciation of the Ukrainian armed forces takes place the day after, this Friday, kyiv and Moscow signed in Istanbul a pact sponsored by Turkey and the United Nations by which they commit to respect safe naval corridors for the export of up to 22 million tons of Ukrainian grain blocked in the Black Sea ports since the beginning of the war, on February 24. Odessa, on the shores of this sea, is the main outlet by sea for Ukrainian exports, especially grain, of which the country was the fourth largest exporter in the world before the Russian invasion.

“Russia has taken less than 24 hours to launch a missile attack on the port of Odessa, breaking its promises and undermining its commitments to the UN and Turkey under the Istanbul agreement. In case of non-compliance, Russia will bear full responsibility for the global food crisis,” said a spokesman for the Ukrainian Foreign Ministry.

On Friday, Russian and Ukrainian delegations signed two separate agreements with Turkey, one signed by Russia and the other by Ukraine, to unlock millions of tons of Ukrainian grain, trapped since the Russian invasion by the blockade of the country’s ports. The representatives of kyiv and Moscow thus avoided stamping their signature on the same document and, above all, crossing paths at any time. However, Ukraine and its Western partners have been skeptical of Russian intentions to abide by the agreement’s provisions, a mistrust that is heightened by this missile attack on Ukraine’s main Black Sea port.

After denouncing the attack, kyiv accused Russia of “spitting in the face” of the UN and Turkey. Russia must bear “full responsibility” if the pact is broken, the Ukrainian Foreign Ministry stressed. Ukrainian diplomacy also recalled the role of supervisors of the UN Secretary General, António Guterres, and the Turkish President, Recep Tayyip Erdogan, and urged the United Nations and Turkey to ensure that Russia complies with the commitments it assumed this Friday. and allows the free passage of Ukrainian grain. A UN spokesman, Farhan Haq, reported shortly after in a statement quoted by the Reuters agency that Guterres had “unequivocally” condemned the attack on the port of Odessa.

After weeks of diplomatic negotiations, the pact signed in Istanbul provides for the arrival of cargo ships at Ukrainian ports through safe maritime corridors, identified by the kyiv authorities to avoid the mines in its territorial waters, installed by its armed forces shortly after the Russian invasion with the intention of preventing an amphibious attack on the Kremlin, mainly against Odessa, a strategic city on the Black Sea. The treaty includes a complicated procedure to allow the export of grain from three key ports, the most important of which is Odessa. The other two are Chernomorsk and Yuzhni. The pact foresees that ships under the command of Ukrainian pilots guide the ships into the open sea, without military escort and after undergoing an inspection by Turkish and United Nations teams – together with inspectors from both sides, Russian and Ukrainian – a Russian demand aimed at ensure that the ships will not be used to transport weapons to the former Soviet republic.

If Ukraine’s attitude towards this pact —already in danger when not even 24 hours have passed since it was signed— has been one of distrust, Russia’s has consisted of downplaying the seriousness of the food crisis caused largely by the blockade of cereals Ukrainians and the Russian export policies themselves. According to data from the UN World Food Program, food shortages and shortages have pushed 47 million people around the world into “acute hunger”.

Countries like Egypt, the world’s largest importer of wheat, obtain most of the grain they consume from Russia and Ukraine—in the Egyptian case, 70%—as does Lebanon. Turkey, more than 80%. According to data from the Red Cross, food prices have increased in the last six months by 187% in Sudan, 86% in Syria, 60% in Yemen and 54% in Ethiopia. Meanwhile, the Kremlin insists that the problem, which may worsen the severe famine already facing many countries, has been caused by Western sanctions against Russia for the invasion. The Ukrainian authorities have also accused Moscow of stealing grain in the territories it has occupied —as an investigation by EL PAÍS showed— and of deliberately bombing the Ukrainian fields to set them on fire and thus spur the global food crisis.

Before the war, Ukraine exported some five million tons of grain every month—wheat, but also corn, barley, and sunflower oil, among others. The agreement between the two countries should open the door for the Ukrainian authorities to be able to export a similar volume, which would greatly contribute to the resumption of the global food supply chain, the blockade of which has already had serious consequences in these strongly developing countries. dependent on the import of Ukrainian and Russian grain.

The hope that this first firm agreement between Russia and Ukraine would give way to a hope for peace is also receding after this Saturday’s attack, as are the prospects of averting the threat of famine. On Friday, UN Secretary-General António Guterres expressed his confidence that the resumption of Ukrainian exports would benefit those developing countries, which he defined as “on the verge of bankruptcy” and whose population “is the most vulnerable” in the food crisis. The Turkish president seconded him by stating that the treaty will prevent starvation for billions of people. Erdogan was also convinced that the negotiating table will be the place where the war will end and expressed the wish that this first treaty signed on Friday in Istanbul would be a first step to achieve a global peace agreement under Turkish mediation.

The lord of the rings, the series introduces his Sauron

The lord of the rings, the series introduces his Sauron