Iran’s drones deepen Putin’s isolation | International
is the headline of the news that the author of WTM News has collected this article. Stay tuned to WTM News to stay up to date with the latest news on this topic. We ask you to follow us on social networks. 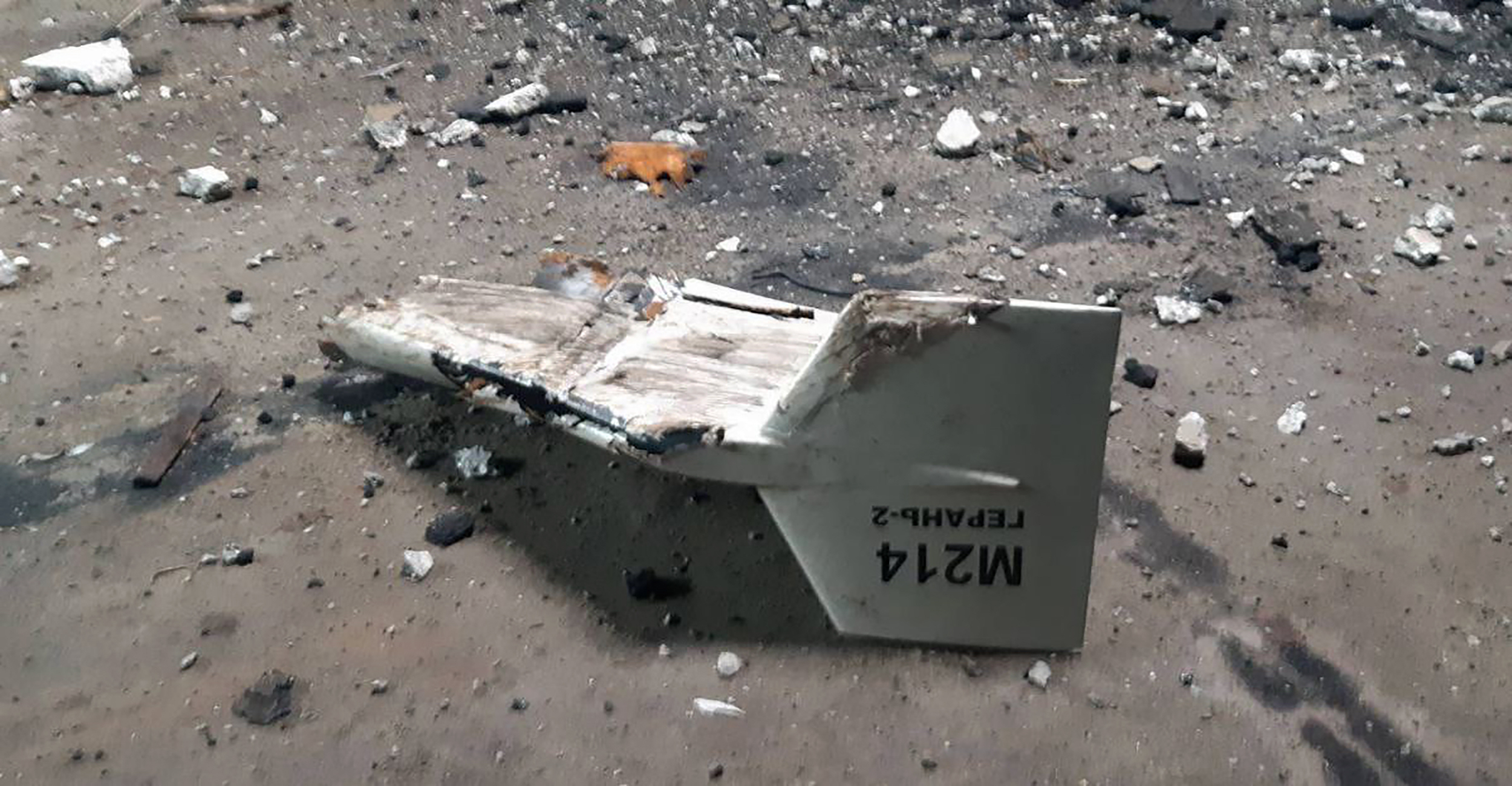 The new weapon that Russia has been using since last August in its offensive against Ukraine, the Iranian bomb drones Shahed-136, is helping to further deepen the fracture that has existed between the Kremlin and the UN since Russian President Vladimir Putin ordered the invasion of Ukraine. On October 27, the same day that Putin assured that the world needs “general rules that are applied equally to all participants in the international community”, the Kremlin received a new international setback. The head of legal affairs of the United Nations flatly rejected Moscow’s protests over the agency’s investigation into a new and serious violation of the resolutions that Russia signed as a permanent member of the Security Council: the import of Iranian drones for its offensive on Ukraine .

The conflict starts with Resolution 2231, signed by Iran, the five permanent members of the Security Council —including Russia and China— and Germany, to enable the 2015 pact that prevents Tehran from developing its own nuclear weapons. Under this agreement, the import and export of conventional weapons with Iran was prohibited until 2020, although the West maintains that a clause that prevents the transfer of rockets and other advanced ballistic missile technology until October 18, 2023, has now been breached.

The violation of this resolution could lead to a new wave of sanctions against both countries, and to this is added the war itself, which has compromised Russia’s position in the UN, where its activity in the Human Rights Council has already been suspended. “By abandoning the agreement for the transport of Ukrainian grain through the Black Sea, Moscow wants to put pressure on the United Nations so that it does not launch an investigation of Iranian drones and Russia is not expelled from the Security Council. The Kremlin is exploiting the fact that global food security is a priority,” Dionis Cenusa, an expert at the Center for Eastern European Studies, stressed in his personal Twitter profile, upon learning of the breach of the pact.

Russia tries to stop this investigation by all means. On October 27, the Russian ambassador to the United Nations, Vasili Nebenzia, sent a letter to the secretary general of the organization, António Guterres, in which he assured that the investigation was born of pressure from the United States, and this would violate the article 100º of the UN Charter, according to which the UN leadership “will not request or receive instructions from any government or any other authority outside the organization.”

Guterres reports twice a year on the fulfillment of the 2015 Iranian pact. His experts have already investigated in the past whether Tehran supplied the Huthi with the ballistic missiles launched against Saudi Arabia in their war, so Nebenzia’s argument was shot down by the head of the international organization’s lawyers, Miguel de Serpa Soares, who also stressed that, “since there has been no guidance from the Security Council, the secretary general will continue to prepare his reports in the way he has done to date” .

Among the weapons purchased by the Kremlin would be the Iranian bomb drones Shahed-136. The US and Ukrainian intelligence services claim to have numerous evidence of its use in the war, and its characteristic profile was recognized by numerous experts on Monday, October 10, when Moscow responded with a massive bombing of several Ukrainian cities to the explosion of the Crimean bridge. On the other hand, Russian military analysts decline to comment on their use by their armed forces: the official version, both from Moscow and Tehran, is that they have not received any, and new Russian laws prohibit “discrediting the army” and “disseminating information”. false”.

Ukrainian President Volodymyr Zelensky warned on Friday that Russia had stepped up its attacks by launching more than 30 Iranian drones in the past two days. According to his estimates, Russia has used about 400 of the 2,000 sold by Tehran, and a large majority of them would have been shot down.

As the war progresses, Russia demands more ammunition. “The advantage of the Shahed is not in its technology, but in its simplicity: its parts are disposable and, since it is not subject to extreme conditions of heat and acceleration like other missiles, it can use common civilian parts, such as Chinese engines,” Mohsen explains. Reyhani, head of Exciton, an Iranian channel specializing in its weapons. According to this and other experts, Russia would have modernized the weapon with its own GPS, Glonass. For the well-known Russian military channel TopWar, another advantage of this drone is that radars have more difficulty detecting it thanks to its propeller motor and the absence of some metal parts. Of course, at the cost of a lower explosive charge.

The need to get more bombs has led Russia to risk its position on various regional boards. Israel has reconsidered its neutrality in the war in Ukraine and is now contemplating supporting kyiv in the face of Moscow’s rapprochement with Iran, which caused the Russian Security Council’s vice president, Dmitry Medvedev, to threaten that their relations “will break” in that case. For its part, a similar phenomenon is happening on the Korean peninsula with the pariah regime of Kim Jong-un and the mistrust between its neighbors due to their growing “friendship”.

The rapprochement between Tehran and Moscow was visible this week with the entry into force of a protocol signed in 1996 for the extradition of accused between the two countries. Russia ratified it in 2017, but Iran had delayed its approval until now. The agreement, which will allow these decisions to be made out of court, includes the sending of detainees who could face the death penalty as long as it is “guaranteed” that it will not be applied. In fact, after Russia left the Council of Europe, the mechanism that automatically blocked extraditions under capital punishment stopped working. Iran, for its part, recommended its citizens not to travel to Ukraine and leave there from October 21 “in view of the escalation of the military conflict and the increase in instability in the country.”

Another piece of this unpredictable domino is found in Southeast Asia. “How would the (South) Republic of Korea react if we resumed our cooperation with North Korea in the nuclear sphere?” Putin asked on air this Thursday during his lengthy speech at the Valdai Club debate. “Now we know that South Korea has decided to supply weapons to Ukraine, and this will damage our relations,” the president added in a warning almost identical, word for word, to the one Medvedev issued against Israel. In addition, he showed his support for the Pyongyang regime by justifying that his nuclear threats are explained “by the absolutely rude attitude [de otros países] towards their interests in their safety”. Among them, South Korea, the US and Japan, which has also supported kyiv.

A month before it denied buying Iranian drones, Moscow also denied buying ammunition from Pyongyang. A US intelligence report released by the newspaper New York Times In early September, he pointed out that Russia had imported “millions of artillery shells” from North Korea, especially bombs of calibers compatible with theirs, such as 152 millimeters. “This is another falsehood that is circulating,” Russia’s special envoy to the UN, Vasili Nebenzia, also assured at the time.

SMEs, the easiest target for cybercriminals