Iranian Regime Targets Teenagers for Repression | International
is the headline of the news that the author of WTM News has collected this article. Stay tuned to WTM News to stay up to date with the latest news on this topic. We ask you to follow us on social networks. 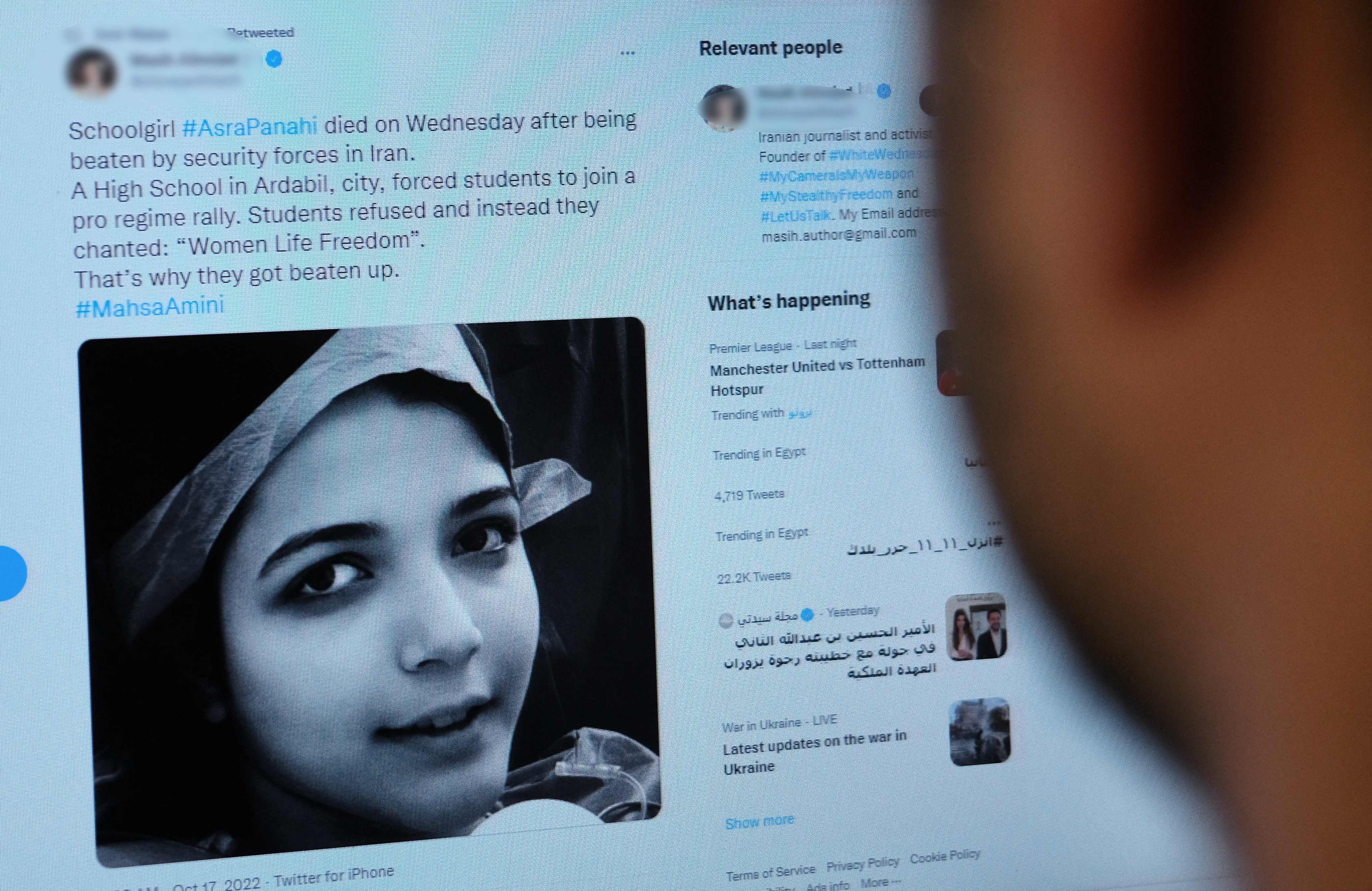 Javad Pousheh was 11 years old when, on 30 September, a bullet entered the back of his head and exited through his right cheek. The videos of his body in a sea of ​​blood, whose veracity Amnesty International vouches for, indicate that he died from that shot to the head and point to an executioner: the Iranian security forces. This child, who perished during the repression of a demonstration in Zahedan, in the southeastern province of Sistan and Baluchistan, is only the youngest of the at least 23 minors whose future was taken away by Iranian security forces, according to figures from United Nations. They died from gunshots to the heart or head; wounds from pellet impacts at point-blank range or beatings like the ones that killed 16-year-old Sarina Esmailzadeh and Nika Shahkarami.

The fate that awaited these young people – 16% of the 144 dead in the repression verified by Amnesty had not yet reached the age of 18 – confirms an unprecedented phenomenon in the successive protests of recent years in Iran: the protagonism of adolescents. In addition, the figure of 23 dead minors has fallen short, since it only includes the deaths of September. It leaves out, for example, a seven-year-old boy who expired in his mother’s arms on October 8 in Iranian Kurdistan due to police shooting, according to the NGO Hengaw; or the death that same day of Abolfazl Adinezadeh, 17, by pellet discharges in Mashad, near the border with Afghanistan, the BBC Persian service reported on Thursday.

That list also does not include Asra Panahi, 15, who died on October 13 at her high school in Ardabil (northwest) due to police beatings when she refused to sing a hymn praising the Iranian supreme leader, Ayatollah Ali Khamenei, and he chanted one of the slogans of the protests: “Woman, life and freedom”, according to a teachers’ union. The Tehran-based Association for the Protection of Children’s Rights, for its part, brings to 28 the minors who have perished since the beginning of the demonstrations triggered by the death of the 22-year-old Mahsa Amini on 16 September. Three days earlier, Amini had been arrested, accused of wearing her veil incorrectly.

“Woman, life, freedom”, “Death to the dictator”, “mullahsGet lost” are the slogans that have spread among a part of Iranian adolescents since that day. Hundreds of videos on social networks attest to this in which many girls appear raising their fists and burning the veils that they are forced to wear and that have become the icon of oppression. Iranian exile media have reported high school students being searched and some of them kidnapped in at least three cities: Karaj, Bandar Abbas and Sanandaj, according to the US-based Iran Center for Human Rights. Joined. On October 5, Ali Fadavi, number two of the Republican Guard, the parallel army under the responsibility of Ayatollah Ali Khamenei, acknowledged to the official IRNA agency that the average age of those detained in the demonstrations was 15 years.

The regime’s response to the longing for freedom expressed by Iranian teenagers has not only come in the form of bullets. In an interview with the reformist newspaper Shark Daily In the past week, The Minister of Education, Yousef Nouri, assured that the detained minors are not being sent to jail, but to “mental health centers” to “reform them and free them from their antisocial behavior.” In these institutions “psychologists do not work” but religious who instruct young people about “the hijab [velo] and Islamic ideology” and try to “brainwash them,” Iranian human rights lawyer Hossein Raeesi explains by email from Canada. These centers “are just one more method of threatening and intimidating protesters and their families,” he adds.

Iran is a young country. 25% of its 84 million inhabitants are under 14 years old, according to the World Bank. For political scientist Ali Alfoneh, an expert on Iran from the Institute of the Arab States of the Gulf in Washington (AGSIW), who also responded by email to EL PAÍS, the protests in Iran are taking the form of “a adolescent rebellion. “Young people are overrepresented in protests because of their fitness, because they have time and no jobs or property to risk if they are arrested. Equally important is that Iranian teenagers are also statistically overrepresented on Instagram, TikTok and other social networks where protesters debate,” Alfoneh says.

“The willingness to demonstrate decreases with age, especially in democracies, where political demands are expressed by voting. In Iran, the street has been transformed into a political school, and the lesson these young people learn is to protest in order to be heard”, he continues. This expert predicts that these adolescents “could be a time bomb for the regime in the future.” The issue of the veil and clothing also falls “in the category of personal freedoms”, a factor that the political scientist frames in “adolescent rebellion” and in the context of a country in which 60% of university students are women.

An “important segment of Iranian youth does not feel identified with the Islamic Republic,” confirms another scholar of Iran, the professor at the Gulf Studies Center of Qatar University Luciano Zaccara. In addition to other factors —among which he cites the impact of the economic sanctions for the Iranian nuclear program—, the “strengthening of repressive measures, both in clothing, mobility or internet access” have made part of the young Iranians do not accept that their future depends on a government that does not guarantee them “job, educational, professional and economic opportunities within the country”.

ICR for the automation of invoice processes