Iran passes the first death sentence against a protester since

Iran passes the first death sentence against a protester since the start of the protests | International
is the headline of the news that the author of WTM News has collected this article. Stay tuned to WTM News to stay up to date with the latest news on this topic. We ask you to follow us on social networks. 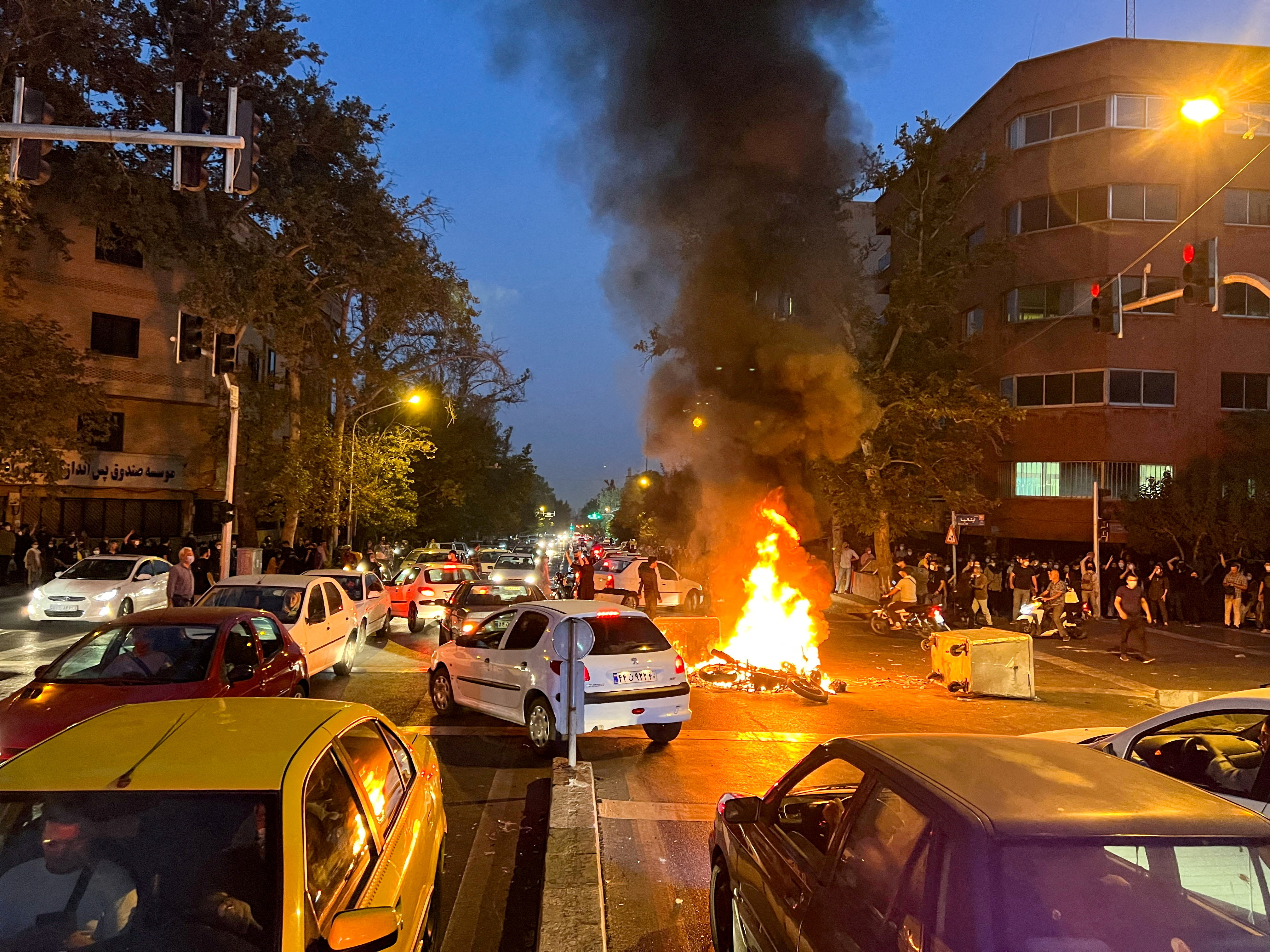 The Iranian Justice sentenced this Sunday a protester to die by hanging for the first time since the beginning of the protests for the death in police custody, on September 16, of the 22-year-old Mahsa Amini, three days after being arrested for wearing the veil wrong. The Mizan agency, spokesman for the Iranian judiciary, reported on Monday that capital punishment and the sentences to five other protesters of between 5 and 10 years in prison. The death row inmate was charged with setting fire to a government building and conspiring against national security, as well as the two most serious charges in the Iranian penal code: “enmity with God” and “spreading corruption on Earth.” . Being found guilty of these two crimes that Amnesty International defines as “imprecise” always carries serious penalties, such as amputation, but the sentence to death by hanging is the most serious of the punishments that it collects.

This death sentence could be only the first in a long series. In Iran, between 14,000 —according to the most conservative calculation, endorsed by the United Nations— and 18,000 people, according to human rights NGOs, have been arrested in protests in which at least 326 people have died due to repression, according to data from the exiled human rights organization Iran Human Rights.

At least twenty demonstrators are accused of these two crimes that can lead to the gallows. On November 12, Mizan reported that the Revolutionary and Public Court of Karaj, a town on the outskirts of Tehran, had indicted 11 other people for “spreading corruption on Earth”, including a woman. State television then broadcast confessions from those 11 defendants that were allegedly obtained under duress, Iran Human Rights reported. Nine other protesters had previously been tried for the same serious charges.

The Iranian penal code provides that the confession of the accused is enough to justify a death sentence, or the testimony of two men – the testimony of a woman is worth half. In July of this year, before the start of the demonstrations, Amnesty International had criticized that death sentences in that country are handed down “regularly” on the basis of confessions obtained under torture. The UN special rapporteur on Iran recently stated that “given entrenched legal deficiencies [del sistema judicial] Iranian, almost all — if not all — executions are arbitrary deprivations of life.”

On October 30, branch 15 of Tehran’s Revolutionary Court held the first hearing of the trial against six of the protesters detained in the protests, according to the US-based Center for Human Rights in Iran. One of them, Mohammad Boroughani, was accused precisely of setting fire to the Pakdasht governor’s office, some 60 kilometers south of Tehran, among other serious charges, although it has not been confirmed whether this protester is the person sentenced to death. just met. The judge who presided over the court was Abolqasem Salavati, considered to be close to the hardest line of the regime and whose reputation is that of being chosen to convict political prisoners.

After the first hearing of the trial, Masomeh Ahmadi, the mother of another of the six defendants – Mohammad Ghobadlou, 22 – released a video on the Internet in which she stated that her son had been sentenced to death without the presence of his lawyer during the trial. “Is this Islamic justice?” the woman wondered.

The mother of this young man, also accused of “spreading corruption on Earth”, later denounced on Instagram that her son had been transferred from prison without the authorities notifying the family or his lawyer. According to sources cited by Iran Human Rights, this protester may allegedly be isolated and without access to legal assistance.

The organization has warned of the risk that those sentenced to death will be executed immediately and without prior notice. In Iran, more than 85% of executions are carried out in secret, according to another organization, the Human Rights Activists News Agency (HRANA).

A human rights lawyer in Iran told the Center for Human Rights in Iran anonymously that another protester who asked to be assisted by a lawyer of his choice was warned by interrogating officers that if he insisted on his request, his case “it would get complicated”. Another Iranian lawyer, Saeid Dehghan, told the same organization that “all confessions [de manifestantes] They have been obtained through torture.

“The security establishment wants to pass sentences quickly and does not care about the legal procedure,” said Dehghan, who accused the judiciary of acting as a “rubber stamp” to certify political decisions. Last week, the Iranian Parliament voted on a motion in favor of the death penalty for detained protesters. Of the 290 parliamentarians, 227 voted in favour. The conservative bloc, which supports the president, Ebrahim Raisi, the former head of the Iranian judiciary, has 227 deputies.