Invasion of Ukraine: 1,425 days. From Sarajevo to Kyiv | International

Invasion of Ukraine days From Sarajevo to Kyiv 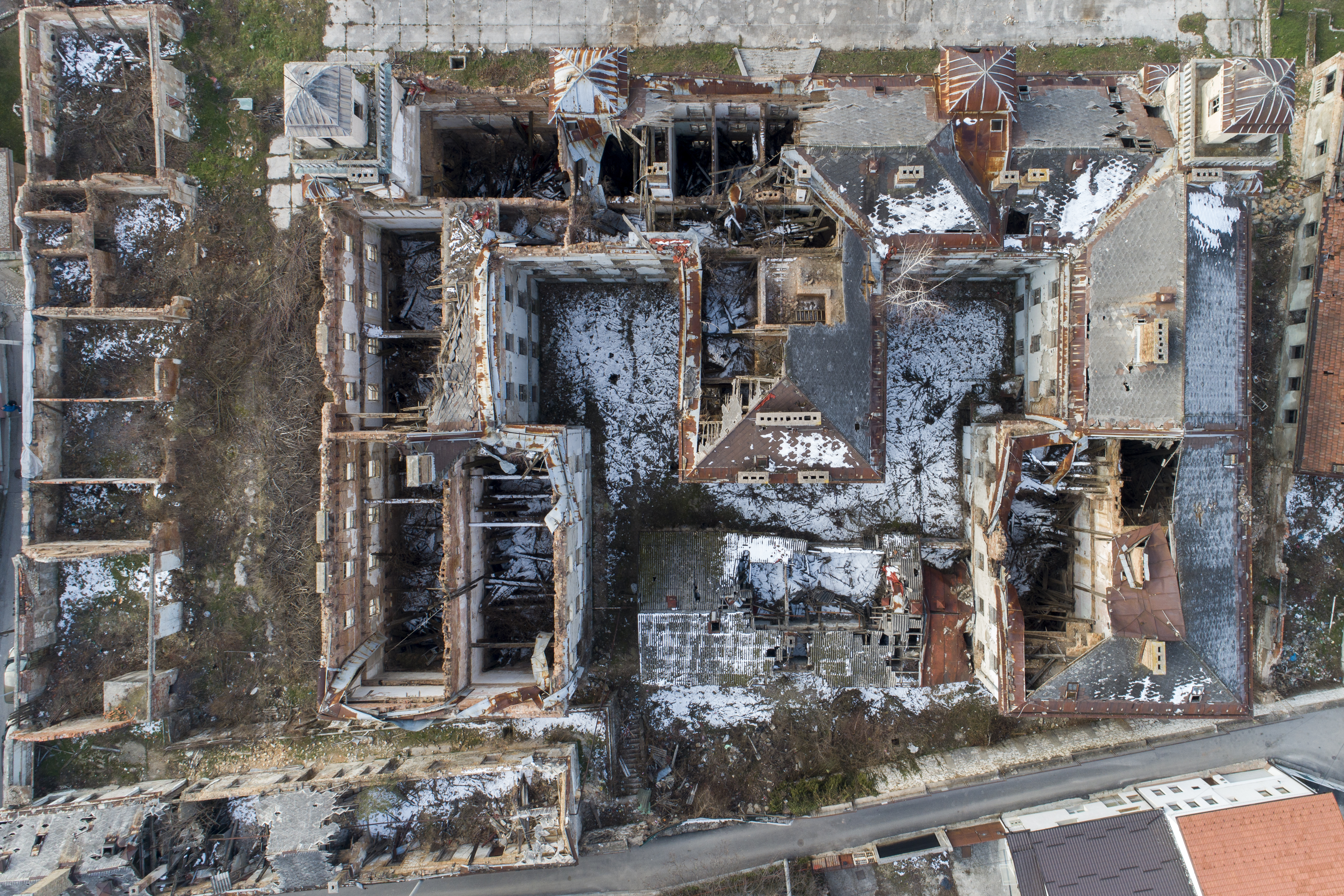 Aída Schekelz explained how she lived, 30 years ago, for 1,425 days in the basements of Sarajevo: “I was hungry, thirsty, cold, afraid… But the worst were the lies.” This brave woman, who now walks with her grandchildren through her city, she survived the longest siege of a city that is remembered in Europe, 1,425 days. Almost eight times longer than the siege of Stalingrad and about a year longer than that of Leningrad.

With an emotional but firm voice, this week he sent a letter to the citizens of Kiev, through the BBC. With Russian troops less than 20 kilometers from the center of the Ukrainian capital, with humanitarian corridors that are broken before they open, and with military tactics from 1941, such as those used in Grozny and Aleppo, Aída wanted to send a message of encouragement to the hundreds of thousands of civilians trapped there, in Mariupol, in Kharkov… And she changed the slogan on the t-shirt that accompanied her all that time from “Sarajevo will prevail. Everything else will pass”, for “Ukraine will prevail. Everything else will pass.”

“It was planned that he would not be here. But you see… ”, he read to them over the airwaves.

Putin prepared a relentless invasion, but has been met with a vigorous response on all fronts: the organization of the Ukrainian Government and Armed Forces, the mobilization of the civilian population, the solidarity of Europeans with the refugees, the firmness of the EU with sanctions, despite the fact that many of them are a boomerang… All this must continue and with the same determination and energy. Each of these courses of action will have a high or very high price. We notice it in the bills, the supply, in the macroeconomic figures and in everyday life.

But this exemplary and brave speed of which we are proud must be accompanied by something that will be essential to us to help put an end to what was unthinkable until a few weeks ago: cold blood and temperance. We need them more than ever. Because history has brutally returned.

We come face to face with various realities. First, when in 2014, after the invasion of eastern Ukraine, Merkel called Putin a leader of the 19th century, we thought that, with globalization, international institutions and norms, we could break his warlike ardor and nationalism. Fake. Second, that the end of the Soviet Union gave way to the era of democratic values, the dignity of people and the rule of law. Fake. With his tanks, Putin has seriously jeopardized the liberal order that protects us and allows us to freely develop our societies, fighting for equality and inclusion. Third, that it was impossible for Putin to try to restore “the Russian house”, annihilating the Ukrainian identity and consolidating the absorption of Belarus. From the state agency Ria Novosti, in the infamous article written at the dictation of the Kremlin two days after launching the invasion, and later deleted, the propagandist Pyotr Akopov boasted of the “restoration of historical fullness” in Russia and anticipated that Ukraine it had returned to its proper dimension.

The challenge is so profound that it requires the aforementioned cold blood and temperance to do at least three things at the same time. First, keep as much help as possible to Ukraine to defend itself. This will take advantage of the strategic mistakes that Russia is making, such as lining up tanks on the roads putting them within range of the drones, something incomprehensible to the allied military, or despising the power of the Ukrainian Army and the morale of the volunteers.

Second, cunningly put together a negotiating strategy in the short and medium term, with different scenarios, all painful with respect to Ukraine and its future. The terms of the negotiation will depend on the theater of the war and the internal situation in Moscow. Until that time comes, you must continue to talk to your representatives at all levels. Cutting the contacts does not lead to anything.

And finally, three times resilience, to face the global economic impact, energy difficulties and the need to rearm Europe. Aída, precisely, she gave us a lesson in resilience. She won. Her message to the citizens of Kiev is addressed to the whole world.

The actresses of ‘Euphoria’ and the free nude

Hybrid working fuels cyber attacks: how to prevent them? | Technology

Hybrid working fuels cyber attacks: how to prevent them? | Technology