Europe recalibrates its relationship with China after the lesson of

Europe recalibrates its relationship with China after the lesson of the Russian invasion of Ukraine | International
is the headline of the news that the author of WTM News has collected this article. Stay tuned to WTM News to stay up to date with the latest news on this topic. We ask you to follow us on social networks. 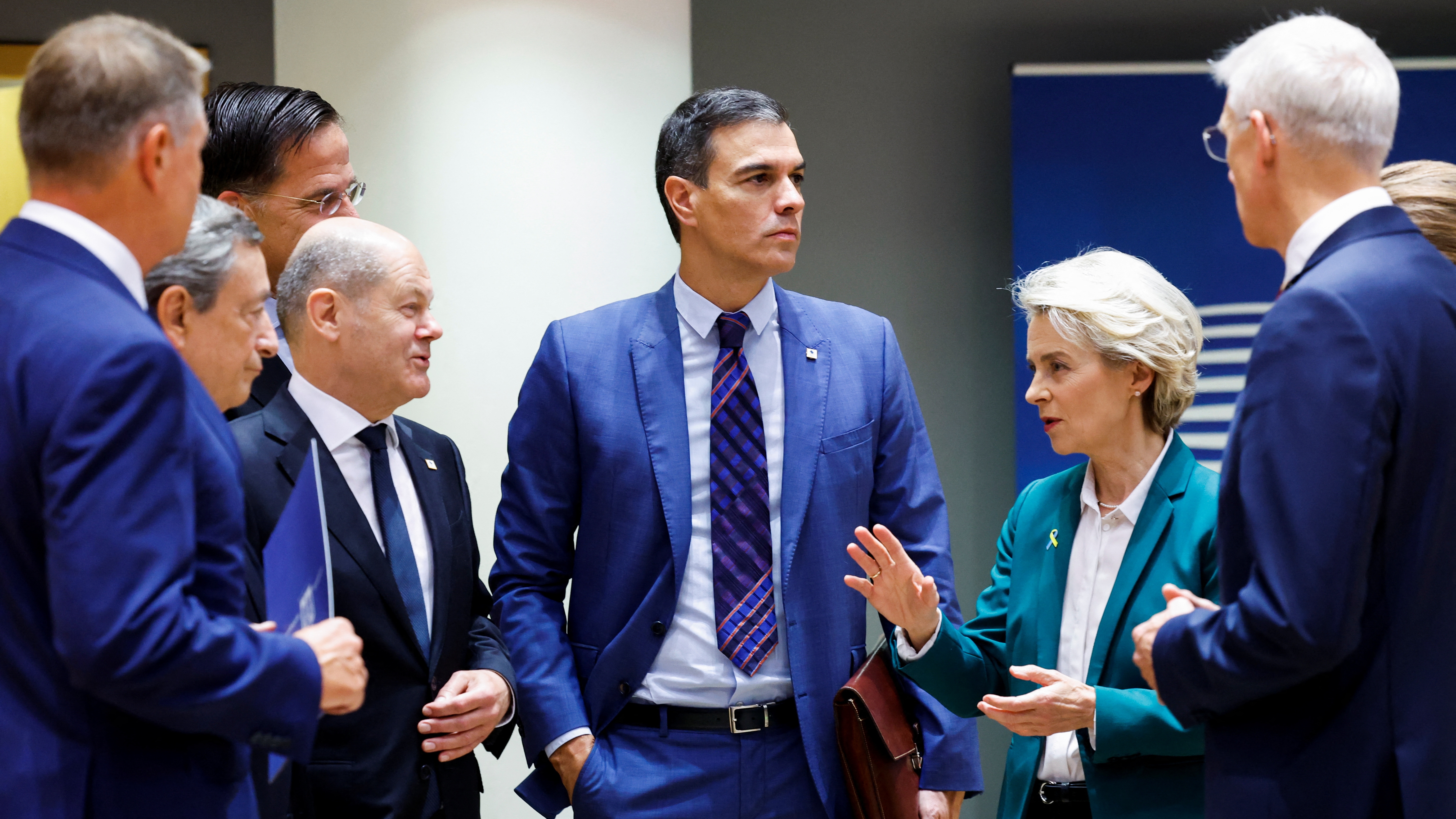 The European Union is considering how to face its two great external challenges: on the one hand, Russia and its war in Ukraine; on the other, an increasingly assertive China. With the escalation of the conflict unleashed by Vladimir Putin eight months ago at its most dangerous point and a wave of attacks on Ukrainian civilian infrastructure, the Twenty-seven seek the formula to advance in rejecting Moscow. With less and less room for maneuver in the field of sanctions, the heads of state and government of the EU have threatened Belarus this Friday with a new restrictive package if it continues to allow Putin’s forces to attack from its territory. This is a warning to the regime of the autocrat Aleksandr Lukashenko, but also a sign that the EU fears that a new flank will open in the invasion.

The hard way, the EU has learned its lesson from Russia and is now recalibrating its relationship with China and, above all, is putting on the table the risks of not adopting a unified position with Beijing. Since 2019, China has been for the Union, first, a “strategic partner”; then, competitor and, finally, systemic rival. Now, there are more and more voices calling for redesigning that formula to emphasize the role of Beijing’s competitor and move towards the goal of getting rid of economic dependence on the Asian giant.

In this joint effort of redefinition, however, a possible stumbling block appears. Germany is evaluating giving the go-ahead to the entry of Chinese capital in one of the key European ports, that of Hamburg. The Government of the Social Democrat Olaf Scholz defends the agreement for the Chinese state company Cosco to acquire 35% of one of the three port terminals, the third by volume of goods in Europe, which has unleashed a political storm in Berlin. Politicians of all formations warn the chancellor that the same mistakes as with Russia should not be made, and less so with an infrastructure of such strategic importance. But Berlin, judging by the explanations that Scholz gave this Friday at the end of the European Council in Brussels, continues to prioritize the economy above other considerations.

“Not a breeze” against Berlin

The chancellor plans to visit China —in the first trip by a European leader since the Frenchman Emmanuel Macron in November 2019— in early November with a large representation of German businessmen. Scholz dismissed the criticism that Germany is acting on its own again, as it happened when he unilaterally announced a package of 200,000 million euros to help homes and companies in the face of the energy crisis. “Not a breeze,” the foreign minister replied to a question about whether he noticed winds against Germany at the European event.

“There is no relevant voice in Europe that defends deglobalization and decoupling,” Scholz said. “No one is saying that we have to leave China, that we cannot export, invest or import more from China. But everyone says, and so do I, that we live in an increasingly multipolar world and that strong countries should not concentrate on just a few countries,” he added. The German chancellor evoked the need to “not put all your eggs in one basket” and pointed to the “growing consensus” among European countries to look for other possible “good partners” in Asia, Africa and South America.

“Now we are seeing how problematic it is that we are so dependent on Russian energy. Russia is using energy as a weapon against Europe,” said Finnish Prime Minister Sanna Marin. “We should discuss more about European dependencies, especially when it comes to new technologies or knowledge,” she commented in Brussels.

In the case of China, it implies a dependency on components and raw materials. Hence the importance of diversifying, stressed the President of the European Commission, Ursula von der Leyen, at a press conference together with the President of the European Council, Charles Michel. On the list of possible partners are Africa, Asia and Latin America, a region that is “very important”, Michel stressed. In fact, the EU will try to deepen its relations with Latin America during the second half of next year, coinciding with the Spanish presidency of the EU, which will act as a beacon. The President of the Spanish Government, Pedro Sánchez, commented that the first EU-Celac (Community of Latin American and Caribbean States) summit since 2015 will be convened. China “is a competitor, but it is also a necessary collaborator in challenges such as climate change” , Sánchez pointed out.

The heads of state and government, meeting for two days in Brussels, have not reached any conclusion on the Asian giant in a debate that this Friday has lasted for more than three hours and in which the leaders were asked to leave their mobile phones outside the discussion room. However, the strategic debate, on the eve of the Chinese Communist Party confirming a third term for Xi Jinping — with a tight grip on power in Beijing — symbolizes the growing concern in the EU about this variable of China as a systemic rival. . Concern is also growing about his controlling appetite in what he considers his sphere of influence and the violations of human rights.

“President Xi continues to reinforce the assertive and self-reliant course that China has taken,” Von der Leyen said at a press conference after the summit. “The European Union has made it clear that it wants to be an influential international actor to defend the principles in which we believe,” Michel pointed out.

The moment to rethink the link with Beijing may not sound too ideal to some, with the EU engaged in other wars; fundamentally, in that of Russia, the energy one against Europe and the armed one against Ukraine. But for the Twenty-seven both challenges run along parallel paths. And at some point you had to bring up the subject. On the Russian track, the dilemma is how to continue helping Ukraine, when an important part of the money promised to be sent to kyiv remains frozen in the debate among the Member States as to whether it should be counted as loans (even if it is so many years away that it is unimaginable that to be returned) or grants.