Data theft, hacking and energy pressure: Russia intensifies the hybrid war on Moldova | International
is the headline of the news that the author of WTM News has collected this article. Stay tuned to WTM News to stay up to date with the latest news on this topic. We ask you to follow us on social networks. 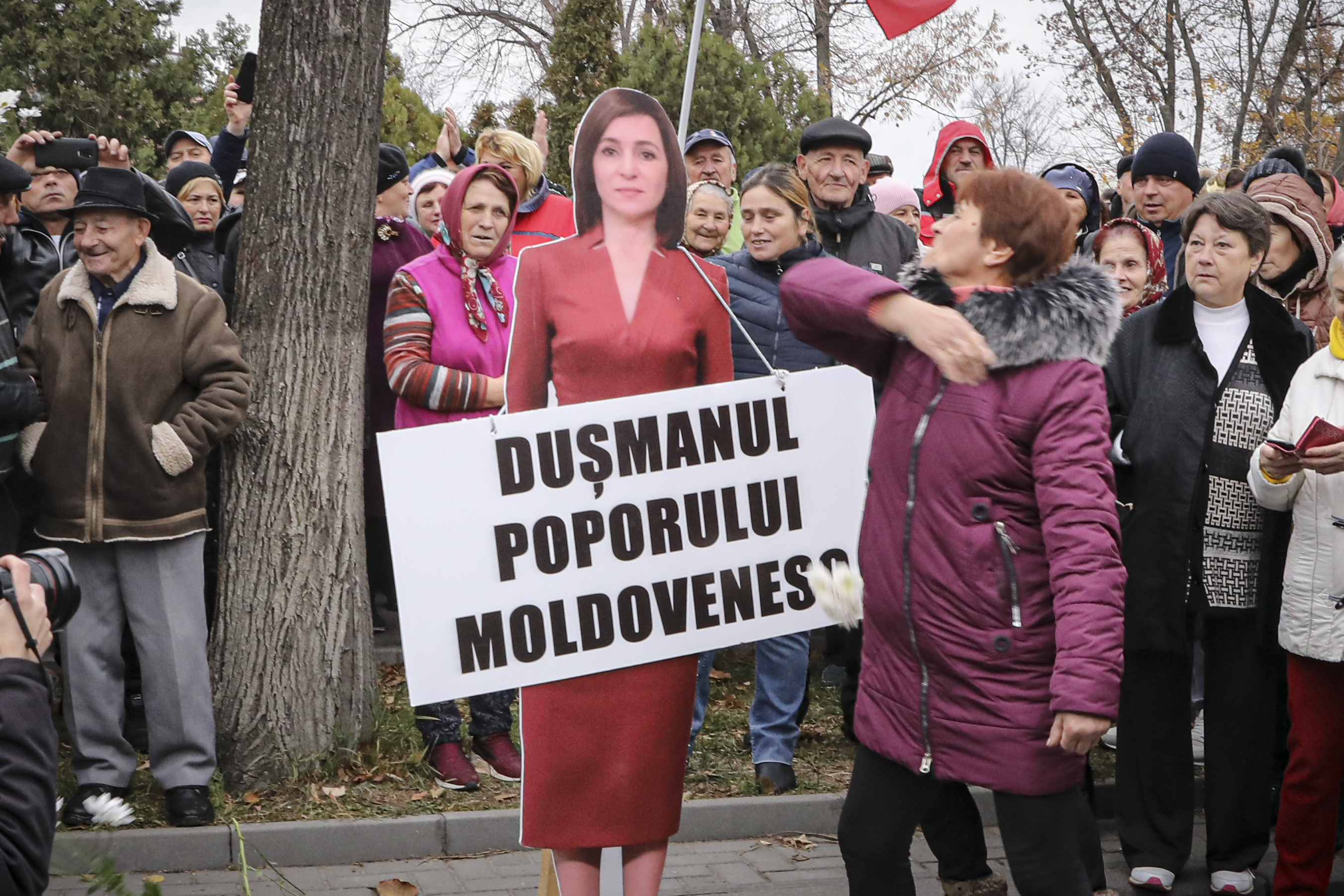 Since the pro-European politician Maia Sandu assumed the presidency of Moldova at the end of 2020, the country has seen mounting pressure from Russia on the government. With the tension surrounding the conflict in Ukraine in the background, the small former Soviet republic, with just 2.6 million inhabitants, considers itself the victim of a hybrid war that translates into the threat of Russian missiles flying over its airspace, the hacking of private information of its leaders and an energy crisis fueled by Russia.

On October 31, the remains of a missile fell on the northern village of Naslavcea after a Russian projectile was intercepted by Ukrainian air defenses, with which it borders. Only material damage was caused, but three more rockets flew over the Moldovan sky last month, which has prompted the authorities to study the acquisition of an anti-aircraft defense system. In this context, the Moldovan ambassador in Bucharest, Victor Chirila, highlighted on Friday in a statement to the Pro TV television channel: “Neutrality cannot defend us from missiles. There is a danger that Russia will bomb the high-voltage lines that connect Ukraine with Moldova.”

The three cruise missiles allegedly fired by Russia from the Black Sea flew over the town of Cobasna in Transnistria, a strip of separatist territory with a pro-Russian majority attached to the Ukrainian border, where a warehouse is located that allegedly contains 20,000 tons of Soviet-era weapons , which implies a high risk of explosion. The danger of bombs from the war hitting Moldovan soil is added to the energy crisis and inflation, disinformation campaigns and internal protests spurred on by a political party, the Sor, whose top leader is on the run from Moldovan justice and sanctioned by States United by their ties to Moscow.

The Telegram accounts of the Head of State, Maia Sandu; Deputy Prime Minister Andrei Spinu and Justice Minister Sergiu Litvinenco were allegedly hacked by computer scientists linked to the Kremlin. Data, including private conversations on anonymous channels, was copied and leaked to pro-Russian media outlets. In addition, from the Telegram accounts of the affected leaders, messages were launched on their behalf.

One of those false messages that appeared on Sandu’s account read: “Corruption has taken deep roots in State institutions and those whose mission is to combat this scourge and promote justice compete in criminal abuses.” Litvinenco has denounced that they seek to “destabilize the country.” “Some, to escape from prison; others, under the orders of their foreign owners, but all together they want to divert the pro-European course of Moldova ”, he has affected.

The Government considers that these hacks are part of a special operation to denigrate the institutions and that the Russian secret services are behind it. Thus, the director of the Information and Security Service of Moldova, Alexandra Musteata, has warned that it is “a coordinated action aimed at creating tensions in society, which tries to erode the confidence of citizens in state institutions and which, At the same time, it fills the information space with messages that seek to destabilize and impose panic on the population”.

According to his analysis, Moscow is using the instruments of a hybrid, unconventional war, in which it creates disinformation, presses with gas and encourages subversive actions “with actors of different ranks, who represent Russia’s interests and who come with various appeals.” and actions, with the aim of distorting the current activity of government institutions”. Musteata speaks of “a phenomenon of unusual intensity” in Moldova – which declared independence from the USSR in August 1991 – and ensures that the Russian Federal Security Service (FSB) is acting in Moldovan territory to undermine the Government and create chaos before the winter

Information hacked of the accounts of the country’s leaders was published the same day that the Government urged the Constitutional Court to analyze whether the activity of the Sor party is compatible with the fundamental law. Sandu assures that he is part of a group that supports corruption and war and that he is Moscow’s new electoral bet in Moldova. This formation owes its name to Ilan Sor, who has become the Kremlin’s man in this country embedded between Ukraine and Romania.

In June, while the EU granted Moldova candidate status for membership, small anti-government protests began, which escalated in October due to rising food and energy prices – inflation last month stood at 34.6%―. Now, 35-year-old Ilan Sor, who has fled from justice in Israel after being convicted of money laundering and embezzlement, is trying to make a profit out of the country’s dire economic situation, allegedly with the backing of the Russian FSB. The United States has sanctioned him for working with “corrupt oligarchs and Moscow-based entities to create political unrest in Moldova.”

In addition to the persistent cyber attacks that the government links to Russia and the attempted domestic revolt, the pressure due to the energy crisis is added. The cost of gas has risen 600% in the last year and supplying the country with energy on a daily basis is a major challenge. Families are paying 70% of their income on gas and electricity bills, as the president pointed out in a speech to the Romanian Parliament.

Moldova, which depends entirely on Russian gas, has seen that supply reduced by 50% in November and is trying to alleviate the shortage by buying the hydrocarbon from Romania. In addition, electricity barely covers peak hours in the country. Imports from Ukraine, which used to cover 30% of consumption, have been cut by Russian bombing of energy infrastructure in its territory. The other 70% came from a thermal power station in Transnistria, a small divided region where there are Russian troops, but its authorities have reduced it to less than 30% due to the lack of gas to produce electricity. Despite the fact that Romania has started to sell electricity at a lower price, the Moldovan authorities have asked cities to turn off public lighting and households to limit consumption.

Brussels announced last week a new financial support package for Moldova of 250 million euros. However, Chisinau estimates that it will need 1.1 billion more to survive the winter. A 36-year-old bank employee, Anna, who deals with companies, highlights: “If we manage to survive these months, we will manage to escape the blackmail of the last three decades and stop depending on Russia once and for all.” “Our dependence on Russian gas constitutes our greatest vulnerability; Until we remove it, we will be a fragile country, with no possibility of joining the EU”, she opines.

“See you at Mastodon, Space Karen”: users joke about the end of Twitter | Technology

The Xiaomi Wishlist for this Christmas

The Xiaomi Wishlist for this Christmas