‘The Walking Dead’: The spin-off focused on Maggie and Negan changes its title

The Walking Dead The spin off focused on Maggie and Negan

‘The Walking Dead’: The spin-off focused on Maggie and Negan changes its title
is the headline of the news that the author of WTM News has collected this article. Stay tuned to WTM News to stay up to date with the latest news on this topic. We ask you to follow us on social networks.

Last March it was announced that the ‘The Walking Dead’ saga would have a new spin-off focused on Maggie and Negan, the popular characters played respectively by Lauren Cohan and Jeffrey Dean Morgan. The series has recently started filming and is still going ahead, but with a little change. 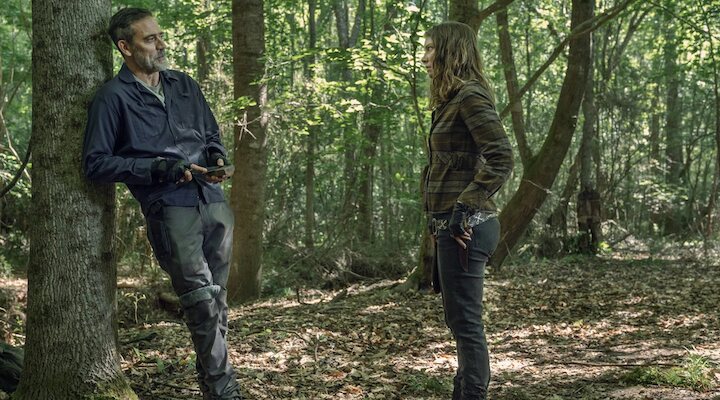 The spin-off was announced with the title ‘Isle of the Dead’, in reference to the island of Manhattan, where the action will take place. However, AMC has decided to change it and Now the series is officially called ‘The Walking Dead: Dead City’, as officially announced on their social networks. Eli Jorné, one of the writers and producers of the parent series, will be the showrunner of the spin-off, with Scott M. Gimple as supervisor.

As we said, ‘The Walking Dead: Dead City’ is set in New York, where We will follow Maggie and Negan traveling through a post-apocalyptic version of the Big Apple, long isolated from the rest of the country.. According to AMC’s description, “The city in ruins is full of Walkers, but also citizens who have made New York their own world full of anarchy, danger, beauty and terror”. The series will have six episodes and it is expected that in the final season of ‘The Walking Dead’, which begins airing in October, it will be explained how Maggie and Negan will arrive in New York.

‘The Walking Dead: Dead City’ is one of several spin-offs with which AMC plans to continue expanding its popular franchise. Also underway is a series centered on Daryl, the character played by Norman Reedus (it was originally a Daryl and Carol spin-off, but Melissa McBride dropped out), and another starring Andrew Lincoln and Danai Gurira again as Rick Grimes and Michonneafter the cancellation of the films about Rick.

Although the filming of ‘The Walking Dead: Dead City’ and the fourth season of ‘The Boys’ are coinciding in time, it seems that this will not be an impediment for Jeffrey Dean Morgan to participate in both. The actor will reunite with Eric Kripke, his former “Supernatural” showrunner, taking part in the irreverent Amazon Prime Video series with a recurring role. The two had been looking for a way to introduce Morgan in the series for some time and they have finally succeeded.