‘The last’: Trailer for the series starring Aitana Ocaña and Miguel Bernardeu for Disney+

The last Trailer for the series starring Aitana Ocana and

‘The last’: Trailer for the series starring Aitana Ocaña and Miguel Bernardeu for Disney+
is the headline of the news that the author of WTM News has collected this article. Stay tuned to WTM News to stay up to date with the latest news on this topic. We ask you to follow us on social networks.

Next December 2, ‘La Última’ premieres on Disney+, a series starring the famous singer Aitana Ocaña and actor Miguel Bernardeau (‘Elite’). The project, which is the first original Disney+ production in Spain, already has its first trailer:

Ocaña and Bernardeau, a couple in real life, bring Candela and Diego to life in a love story that explores themes such as friendship, love, the constant struggle to move forward in a relationship, disappointment and illusion. The cast, in addition to the singer and the actor, is made up of Aitor Luna (‘Los hombres de Paco’, ‘Velvet’), the winner of the Goya for Best Newcomer Jorge Motos (‘Lucas’), Sandra Cervera ( ‘The Secret of Puente Viejo’), Jorge Perugorría (‘Strawberry and Chocolate’), Jelen García (‘Lies Passages’), David Castillo (‘Aída’) and Esther Ortega (‘Disappeared’). 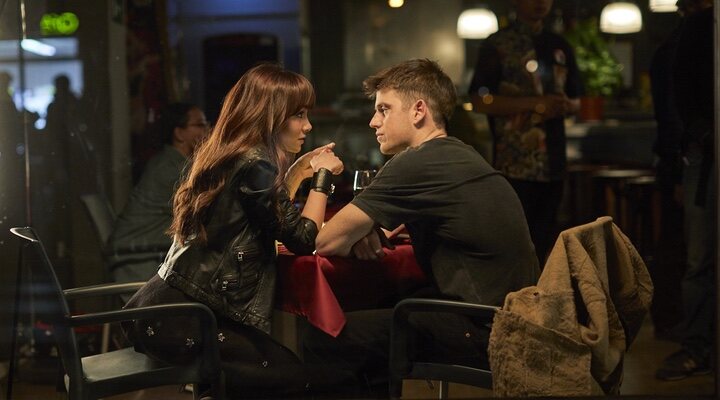 ‘La Última’ has five episodes and they will all premiere on the same day, December 2, something different from what Disney + usually does with most of its series, of which normally releases a weekly chapter. At the controls of the project are Eduard Cortés (‘Merlí’) and Abigail Schaaff (‘El Ministerio del Tiempo’, ‘Amor y vida’) in the direction and Jordi Calafí (‘Malaka’), Anais Schaaff (‘Isabel’) and Joaquín Oristrell (‘Hit’) as creators.

What is ‘La Última’ about?

‘La Última’ is a generational one about maturity, the struggle to make one’s way, love, complicity and the power of friendship. It tells the story of Candela (Aitana Ocaña), a girl who works at a logistics company while pursuing her dream of becoming a singer. Her life changes when an executive from a multinational record company hears her sing in a bar. That same night, Candela meets up with Diego (Miguel Bernardeau), an old schoolmate of hers who is fighting to be a professional boxer. This is the beginning of ‘La Última’, a story of overcoming, disappointment, illusion, courage and empowerment.