The European Womens Informatics Olympiad recipe against the gender gap

The European Women’s Informatics Olympiad, recipe against the gender gap | Technology
is the headline of the news that the author of WTM News has collected this article. Stay tuned to WTM News to stay up to date with the latest news on this topic. We ask you to follow us on social networks. 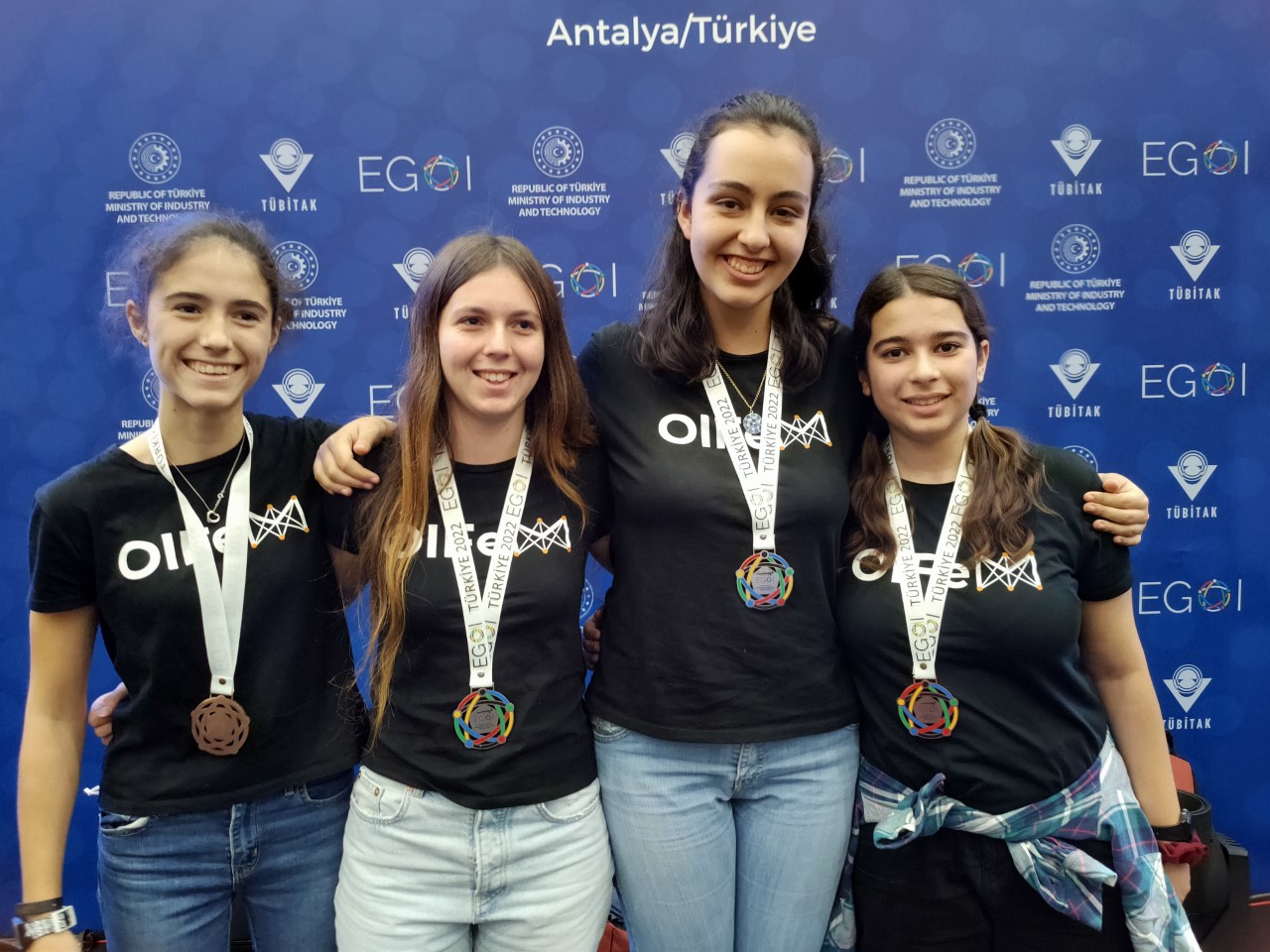 The European Women’s Computing Olympiad was created as recently as 2021 to encourage girls to code as teenagers. It was inaugurated in Zurich and this year it has been organized in Antalya, Turkey. Global statistics do not speak well of female representation in the world of programming. Almost 92% of people who work as software developers around the world are men, according to data published by the Statista portal. In Spain, before the pandemic, there were 9.3% female developers, according to a study by the consulting firm Pearson.

The European Women’s Informatics Olympiad was born as an instrument to alleviate this gender gap. The 2022 edition, which was held between October 16 and 23, has brought together more than 150 participants. They are all between 12 and 20 years old, a requirement imposed by the organization.

The Spanish team has done well. Each of its four representatives has obtained a medal: 2 silver and 2 bronze. In this type of competition, the leading countries are usually the United States, China and some from Eastern Europe. But then come Germany and other Europeans. For this reason, the team’s coach, Blanca Huergo, highlighted the importance of the result: “Beating Italy and Germany has made us excited because it shows that we are going in the right direction. They are countries that traditionally in the mixed international Olympics did better than Spain many times “.

The highest score went to a representative from Georgia (guest country even though it is not in Europe) and, at an official level, the first gold went to a representative from Turkey. The exercises that the contestants have to solve consist of a statement with an algorithmic programming problem. Languages ​​such as C++, Java or Python are used. Finding a correct solution is appreciated, but also that it develops quickly and that the process uses little memory. In all this, Lucía Aparicio and Laura Mandow, both silver medalists, and the other two Spanish who have achieved bronze, Adriana Aguiló and Amal Dokkar, have stood out. And it is that the podium is distributed by score ranges, with which there are usually several contestants for each medal.

Beyond metals, the important thing is to encourage girls to be interested in programming at an early age. The coach of the Spanish national team Blanca Huergo is well aware of the importance of this. She has an exceptional resume for her youth. She is studying the third year of Mathematics and Computer Science at the University of Oxford with a full scholarship. But she has already worked in a consultancy (she entered when she was 16 years old), she has done an internship as a researcher at DeepMind and has received several awards for her programming with Python.

Huergo, who began taking programming and mathematics courses at the age of 11, had also been the only girl to win a gold medal in a long time at the mixed Spanish Computer Olympiad. This led her to become interested in competition and found the OIFem (Female Computer Olympiad), aimed at educating girls in Spain and training them for competitions. She did it in October 2020, during one of the quarantines that the United Kingdom required when landing there. She spoke with other participants of the national mixed Olympiad and they created the organization.

Huergo was elected president and began to design a class plan with training. On a day-to-day basis, she talks to her students, analyzes the code they have programmed, corrects it and gives them guidelines. “The main objective of the OIFem is to create a community of programmers in Spain that is related to each other. Just as you have some friends from the soccer team with whom you share that hobby, it is positive to have some friends from programming with whom you have that in common”, explains the president of the OIFem.

Lucía Aparicio returns excited from the competition in Antalya. And not just because of her silver medal. “It has allowed me to meet other girls my age with the same tastes and I have spent a week with them. I have competed and I have worked hard while also having a good time,” says the 17-year-old. In her case, she signed up for a maths competition for the first time when she was in 2nd year of ESO encouraged by her teacher. She is not new to this, but she says that this experience has marked her. She emphasizes “how easy it was to talk and befriend the other contestants.”

One of the contestants with whom the Spanish representatives have made good friends is the Italian Noemi Gambirasio, who has won a bronze medal. She started training for programming competitions two years ago, at 16. “This week has been amazing for me. The people you can meet in this type of competition is a differentiating factor. I have never seen an opening ceremony that was so participatory and social.”

The enthusiasm for the competition and everything that surrounds it favors that new girls are interested in programming code. “In the end these things move a lot by word of mouth,” says Huergo. “And if there is a boy who has a friend who competes, it is easier for him to find out and for him to do so too. Until now, the boys knew about the programming competitions and this seed was lacking among the girls, that there was a programmer friend and that later the rest of the group would be encouraged”.

In Spain, the percentage of women who graduated in Computer Engineering in 2020 did not reach 10%, according to report data Facts and figures of the Spanish University System. This can give an idea of ​​the disproportion that exists later in the workplace. Something that women’s competitions want to correct. “In the end, it is about trying to translate this female representation into the world of work and the university world,” says Huergo.

“I didn’t know how to program before I applied to the OIFem,” says Lucía. “And in these last two years I can say that it has influenced me a lot.” She is now studying a double degree in Mathematics and Computer Engineering. She doesn’t know what she would like to work on, but she points to a clear direction: “It will surely be closely related to programming and math.”

For Noemi, initiatives such as the European Women’s Informatics Olympiad have a look that goes further: “I think these competitions are important. We are not here just to make a good classification. We are here to remind and insist that a woman can try to achieve her goals and that she has the right to succeed or fail in the same way as a man, without running the risk of losing credibility”.

In the OIFem they have already trained hundreds of students and have a team of 25 volunteers (including the second coach who has traveled to Antalya, Izan Beltrán). Huergo points out that the number of girls in regional and national competitions has grown a lot in two years. This exercise and the previous one were female silver medals in the national mixed Olympiad. “You can see the path and the goal is that in the future we will stop needing the OIFem”, comments the president of the organization. She is referring to the time when there is an offset gender balance in mixed competitions. But she acknowledges that there is still a long way to go for that.