Technology in the criminal field

Technology in the criminal field

Technology in the criminal field
is the headline of the news that the author of WTM News has collected this article. Stay tuned to WTM News to stay up to date with the latest news on this topic. We ask you to follow us on social networks. 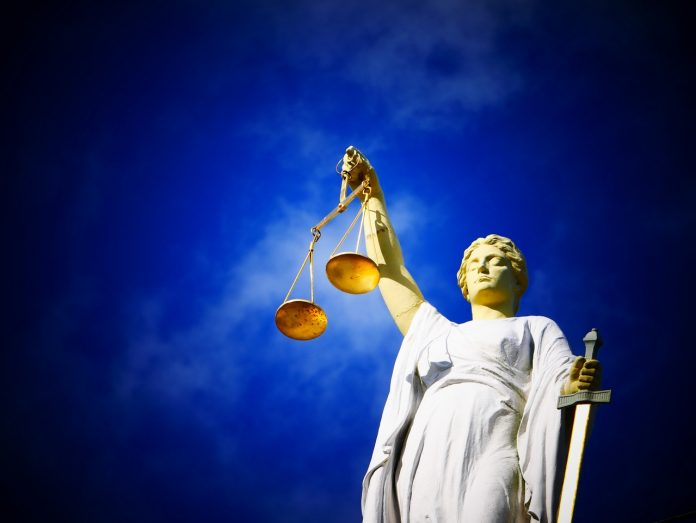 In order to fulfill the mandate of article 25-2 of the 1978 Constitution, the prison system must be oriented towards the reeducation and social reintegration of persons deprived of liberty, to achieve their integration into society once they leave prison. prison. To this end, articles 55 and following of Organic Law 1/1979, of September 26, General Penitentiary (LOGP) provide for measures for the instruction and education of inmates.

And, making an interpretation of said norm according to the current moment, to give the inmates the opportunity of a true adaptation to modern society, it is convenient that they do not remain behind in the knowledge of technologies, to reduce the technological gap that they suffer once the inmates access the normalized social environment, without prejudice to the fact that there are limitations motivated by security reasons, which force access to the internet and certain devices to not be free.

In this sense, Order 709/2020 of the Criminal Chamber of the National Court of October 21, 2020, confirming the report issued for this purpose by the General Secretariat of Penitentiary Institutions, prohibited the use of electronic books in prisons. o documents in digital format, due to the impossibility of controlling their content by officials, which could contain information on prison staff or for the preparation of criminal actions; as well as the risk of introducing viruses or malicious programs that could affect the prison’s computer system.

Said resolution argues that this provision does not violate the right of inmates provided for in article 58 of the LOGP, since this does not prevent them from having access to books, newspapers or magazines in paper format, considering that it is an alienated security measure with the prohibition of internet use by inmates. Although it is true that this doctrine would have to be reviewed in the light of the new regulations, more tolerant with the use of technologies, depending on the material and technical possibilities of each prison.

Indeed, Royal Decree 268/2022, of April 12, which entered into force on May 3, 2022, which reformed Royal Decree 190/1996, of February 9, which approves the Penitentiary Regulations, has introduced a new section 8 in its article 41, which establishes that communications may be carried out through the use of information and communication technologies and videoconference systems; and teleworking has also been enabled for the exercise of the right to paid work provided for in article 4-2-f) of the Penitentiary Regulations.

Likewise, technology facilitates communications with lawyers carried out under article 48 of the Penitentiary Regulation, since in April 2021 the General Council of Spanish Lawyers signed an Agreement with the General Secretariat of Penitentiary Institutions that enables the legal teleassistance system , so that inmates can communicate with their lawyers through video calls; without prejudice to the fact that it had already been carried out successfully since 2019 in the Madrid II (Alcalá-Meco), Madrid V (Soto del Real), Málaga I (Alhaurín de la Torre) and Málaga II (Archidona) prisons.

The appearance of the metaverse opens up new possibilities in this field, since virtual spaces could be enabled where, with an adequate balance between the necessary security control and adequate privacy and respect for data protection regulations, inmates could make requests and procedures , as well as holding virtual meetings, not only with their lawyers, but also with family and friends in this environment, without prejudice, logically, to keeping the legally provided face-to-face visits.

Regarding the capture and publication of images of officials of the Administration of Justice (Judges, Prosecutors, Lawyers of the Administration of Justice, etc.), police (Civil Guard, National, Autonomous or Local Police, etc.) or prisons ( personnel of the penitentiary centers), sentence 7/2021 of the Criminal Court no. 4 Pamplona of January 14, 2021 (Recourse 302/2020), establishing that an individual can record a police intervention with his mobile as a guarantee to avoid a possible abuse of authority, but he cannot publish it on social networks.

The reason for this is that in this case, the recording becomes a media exposure for no reason by the acting agents, committing a serious offense provided for in article 36-23 of Organic Law 4/2015, of March 30, of protection of citizen security, as it is an unauthorized use of images or personal or professional data of authorities or members of the Security Forces and Bodies that may endanger the personal or family safety of the agents, of the protected facilities or at risk the success of an operation, with respect to the fundamental right to information.

On the other side of the coin, the ruling of the Contentious-Administrative Chamber of the National Court of October 27, 2021 (Rec. 668/2020) absolved the Ministry of the Interior from paying the compensation of 150,000 euros claimed by a inmate of the Penitentiary Center of Valladolid, for the publication of several prison files, among which was the applicant’s, with the title “Dangerous prisoners who will be released” and that, in addition, contained erroneous information about their release, in a Facebook profile whose owner has not been identified nor has his link been proven with the prison officers authorized to access the data files.

In this way, although the resolution admits that there was irregular action by the General Secretariat of Penitentiary Institutions regarding the processing of personal data and, consequently, there was a malfunction of the Administration; however, it dismissed the claim for patrimonial responsibility made, considering that there was noeither It has been proven that real compensable damage has been caused to the prisoner, since in the publication of prison data there is no deduction of an intention to discover private data or a defamatory or pejorative spirit.

By Javier López, partner of Écija

A survivor of the bombings in Gaza: “The wounds of the war have healed, those of memory are still open” | International

A survivor of the bombings in Gaza: "The wounds of the war have healed, those of memory are still open" | International