She Hulk The new merchandising finally shows the transformation of Tatiana

A few months ago we saw a first preview of ‘She-Hulk’, the new Marvel series for Disney +. However, he did not give many clues about what the characterization of Tatiana Maslany would be like when she was transformed. Now, the images of the official merchandising that will be for sale have been leaked, and we finally see the result in more detail. 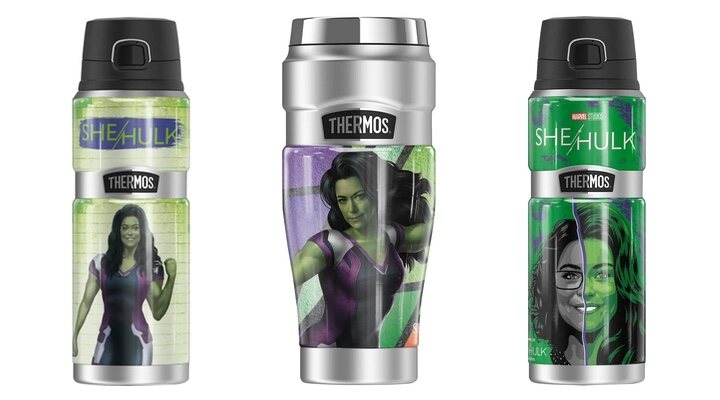 According to Comicbook, it is a thermos in which we see the protagonist just like her Bruce Banner (her cousin) when she woke up her other self. They have appeared on Amazon and this concept art also makes it clear what the suit will look like when it transforms, as well as its comparison with its human version.

In the series, we will meet the cousin of Mark Ruffalo’s character (who also returns), who is a lawyer specializing in cases focused on superheroes. She suddenly has an accident and receives a blood transfusion from her cousin. It is at that moment that he receives some of his powers. We will see Tim Roth again as Emil Blonsky, just like in ‘The Incredible Hulk’.

We will still have to wait to find out what will be the final result of Maslany as Jennifer Walters, since his arrival at Disney + still has no date. In addition, according to The Direct, after the company’s annual meeting of shareholders, Bob Chapnek confirmed the order in which the new Marvel series would be released: ‘Moon Knight’, which we can see from March 30, ‘Ms. Marvel’, which could arrive in the summer and, finally, ‘She-Hulk’, which may not see the light until autumn at least.

Apparently, the fact of leaving it for the end has nothing to do with the moment of the Marvel Cinematic Universe in which it will be located, but with the time necessary for its post-production. And it is that, as it happens with the Hulk of Mark Ruffalo, the transformation of the protagonist and of some other characters will be carried out with CGI in a total way.