How Ferrovial has made its legacy applications compatible

How Ferrovial has made its legacy applications compatible

How Ferrovial has made its legacy applications compatible
is the headline of the news that the author of WTM News has collected this article. Stay tuned to WTM News to stay up to date with the latest news on this topic. We ask you to follow us on social networks. 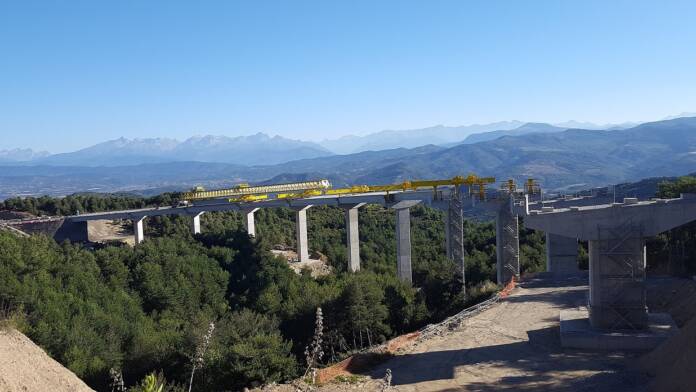 Since its foundation in 1952, Ferrovial has always looked to the future, introducing mechanization to the construction of railways in Spain before establishing a global presence in the motorway, toll motorway, airport, energy infrastructure and mobility sectors. However, over the years, the civil engineering company built a dependency on legacy applications that began to hinder the evolution of the IT department. Ferrovial wanted to roll out a modern web browser across its entire device base, but also needed compatibility with existing older Internet Explorer (IE)-based applications. Microsoft Edge, with its Chromium engine and IE mode, enabled that evolution.

“Edge is the only browser that offers true IE compatibility mode,” indicates Enrique Oviedo, head of Ferrovial’s Digital Workplace. This group is responsible for providing hardware, devices and applications -such as Microsoft 365-, to 12,000 Ferrovial users. Project lead Violeta Rivera says that at the start of the Edge rollout in October 2020, the company had 30-40 apps that weren’t running properly in modern browsers. Her goal was to ensure that those applications, essential to day-to-day business, continued to function after IE’s retirement in June.

A browser, an email, a successful implementation

Meticulous preparation by Ferrovial’s Digital Workplace area team, together with Microsoft FastTrack Technical Support, led to an effective implementation, an intuitive user experience -using the browser as a point of support-, and a smooth transition fluid towards the use of business applications.

Ferrovial sent an email to all its employees with the details about the withdrawal of IE and the transition to Edge. In the message, the organization included a guide on importing Favorites and then setting Microsoft Edge as the default browser. “Only one change management email was needed, and in the meantime, project managers could work with applications in the background without affecting the user experience,” indicates Enrique Oviedo.

Ferrovial wanted to roll out a modern web browser across its entire device base, but also needed compatibility with older, existing applications

The Digital Workplace area team conducted two pilots within the IT department to ensure legacy applications run on the Edge, and then Violeta Rivera worked with her colleagues from various departments to test all of the company’s applications in the browser. When issues arose, Manuel Castro collaborated with Microsoft’s FastTrack team for help with technical aspects and application integration with IE mode – a critical level of support when selecting Edge over Google Chrome.

“We have not received any complaints regarding applications not working properly due to the browser,” says Enrique Oviedo, who also estimates that 99% of websites now work properly in Microsoft Edge.

“Users have significantly improved their daily experience by being able to run modern and legacy applications in the same browser,” says Violeta Rivera, who is now an Experience and User Interface designer.

Another important factor for the success of the project, according to Manuel Castro, was that the workspace team was already using Enterprise Sites List Manager since the switch from IE7 to IE11. From that experience, they already had systems in place for adding apps to the IE mode list. While Ferrovial employees take advantage of IE compatibility mode to use legacy applications, project managers are already working to modernize each of them individually. It is a laborious process, but Ferrovial has more than enough time to complete it, since IE mode will be supported until at least 2029.

Meet the needs of all users

The adoption of Microsoft Edge has also been a benefit for the Digital Workplace, IT and Security teams. In particular, through policies that align with the organization’s Zero Trust security strategy. Manuel Castro indicates that although Chrome and Edge have a similar number of policies, the additional ones available in Edge helped them configure the browser to better respond to their specific security needs. An example of this is blocking password storage on the Edge, to prevent unauthorized users from accessing protected sites on employee computers. For his part, Enrique Oviedo uses some directives to implement regulatory compliance recommendations from internal IT audits.

The Digital Workplace team also appreciates the frequent updates to Edge, which provide added security and continuous improvements. In addition, the consolidation in a single browser has made administration easier, as Manuel Castro explains. “If you use multiple browsers, you have to offer technical support for all of them, so it is much more efficient to have one that meets the needs of all users.“.

With Edge, which provides all the features that users and applications need today, Ferrovial has defined the path to the future, taking advantage of the features of Microsoft’s browser to create a bridge between the past and the present.

Review of ‘The fourth passenger’, a trip to madness

Review of 'The fourth passenger', a trip to madness