‘Game of Thrones’: George RR Martin blames the showrunners for having “pulled him away” during the series finale

Game of Thrones George RR Martin blames the showrunners for

‘Game of Thrones’: George RR Martin blames the showrunners for having “pulled him away” during the series finale
is the headline of the news that the author of WTM News has collected this article. Stay tuned to WTM News to stay up to date with the latest news on this topic. We ask you to follow us on social networks.

‘Game of Thrones’ is experiencing one of the sweetest moments in its history. Although the eighth and final season ended three years ago, the universe created in the “A Song of Ice and Fire” novels will be adapted many times thanks to all the series that HBO is developing. However, the controversy that aroused that last season of the series is still remembered, where many fans ended up displeased with certain decisions made by the management team. Although we do not know what caused this situation, it could be explained if we consider that George RR Martin was not very involved in the last seasons of the series. 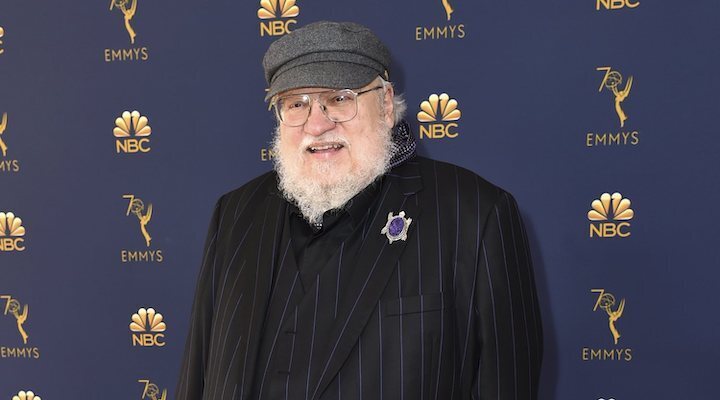 In an interview with the New York Times about the imminent premiere of ‘The House of the Dragon’, Martin revealed that he did not have much involvement in the end of the series: “In seasons 5 and 6, and of course in 7 and 8, I was very far from the series“. As for the reason why he ended up leaving the project, the author did not want to get wet: “I don’t know. You’d have to ask [los showrunners] DB Weiss and David Benioff”.

We do not know if due to differences with the directors of the series or because he had already thought about it from the beginning, Martin stated that his ending in the books will be different from the one we saw on television.. After publishing ‘Dance of Dragons’ in 2011, the writer has spent 11 years preparing what will be his sixth novel, ‘Winds of Winter’. The writer announced on his website that not all the characters who survived in “Game of Thrones” will also survive in the books.

We will be left with the doubt of knowing how the end of the series would have been if Martin had been much more involved in its development but, at least, we will be able to enjoy Westeros again with the premiere of ‘The House of the Dragon’ (spin-off, by the way, with which Martin is delighted) on HBO next August 21.

Something very similar to what happened to George RR Martin with the end of ‘Game of Thrones’ has happened to Peter Jackson, who was also ignored by the Amazon team when developing ‘The Lord of the Rings: The Rings of Power’ ‘. Speaking to the Hollywood Reporter, Jackson revealed that the platform promised to send him the scripts for the series, but he did not fulfill it.

For its part, Amazon, which will premiere ‘The Rings of Power’ on September 2, responded to the director of the ‘The Lord of the Rings’ trilogy with a statement: “Pursuing the rights to our series, we were forced to keep the series separate and different from the movies.. We have the utmost respect for Peter Jackson and the ‘Lord of the Rings’ movies and are thrilled that he is looking forward to ‘The Rings of Power’.”.

Aines Davis: The fourth member of the jihadist cell ‘The Beatles’ will be tried in the United Kingdom | International