CGI grows almost 8% and invoices more than 3,000 million
is the headline of the news that the author of WTM News has collected this article. Stay tuned to WTM News to stay up to date with the latest news on this topic. We ask you to follow us on social networks. 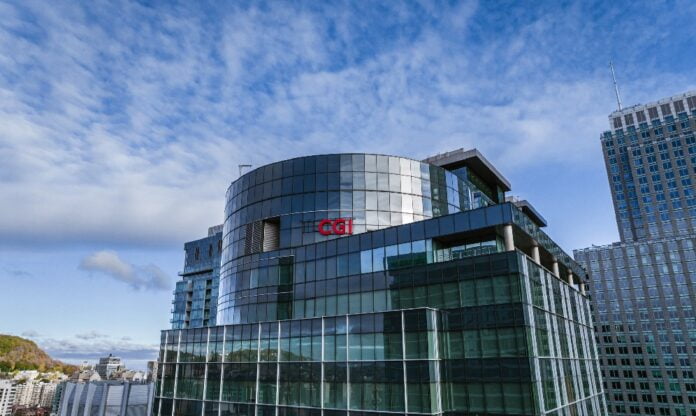 The CGI consultancy has published its quarterly results in which it has obtained revenues of 3,260 million Canadian dollars (2,490 million euros, approximately) during Q3. This figure represents a growth of 7.9% compared to the figure for the same period in 2021. This growth is 11.5% in constant currency, that is, if the unfavorable impact of 109.5 million Canadian dollars ( 83.5 million euros, approximately) from currency exchange. During this same period, the company has increased its workforce by more than 10,500 people, and ends this third quarter with a total of approximately 88,500 consultants and professionals worldwide.

During this same period, CGI obtained a net profit of 364.3 million Canadian dollars (278 million euros, approximately), 7.6% higher than in the third quarter of 2021, with diluted earnings per share of 1.51 Canadian dollars, compared to 1.36 in 2021, which represents a growth of 11.0%. Excluding acquisition and integration costs, net of taxes, net profit amounts to 371.2 million Canadian dollars (283.34 million euros, approximately) and diluted earnings per share is 1.54 dollars, that is, 13.2% more than the same period in 2021.

During the third quarter of 2022, cash generated from operating activities was C$419.2 million, remaining flat on a year-over-year basis. For the last twelve months ending June 30, 2022, cash from operating activities was CAD1,903.1 million or 15.1% of revenues. As of that same date, the company had an order book of 23.24 billion Canadian dollars, equivalent to 1.8 times annual revenue.

During this same quarter, the company invested CAD113.6 million (at a weighted average price of CAD101.31) to purchase and cancel 1,120,800 of its Class A shares under its current Issuer Offer. of Normal Course, and 414.4 million Canadian dollars for the recent acquisitions of Umanis SA and Harwell Management. Return on invested capital for the quarter was 15.8%, an improvement of 200 basis points compared to the prior year.

As of June 30, 2022, the company’s net debt stood at 3.07 billion Canadian dollars, compared to 2.96 billion Canadian dollars on the same date of the previous year. The ratio between net debt and capitalization stood at 30.6% at the end of June 2022, which represents a reduction of 30 basis points compared to the previous year.

With C$800 million of cash on hand at the end of June 2022 and a fully available revolving credit facility, the company has C$2.3 billion of available liquidity to continue its Build and Buy profitable growth strategy.

According to George D. Schindler, President and CEO of CGI, “In the third quarter of fiscal year 2022, we continue to develop our build & buy profitable growth strategy that has allowed us to obtain double-digit year-over-year growth, both in terms of revenue and earnings per share. We are well structured -adds Schindler-, thanks to our portfolio of services and our solid balance sheet to help our clients face the current economic environment while continuing to drive the growth and profitability of our business”.

Fulfilling our commitments in the climate crisis | International