Havana and Washington intensify their diplomatic pulse on the eve

Havana and Washington intensify their diplomatic pulse on the eve of the Summit of the Americas | International
is the headline of the news that the author of WTM News has collected this article. Stay tuned to WTM News to stay up to date with the latest news on this topic. We ask you to follow us on social networks. 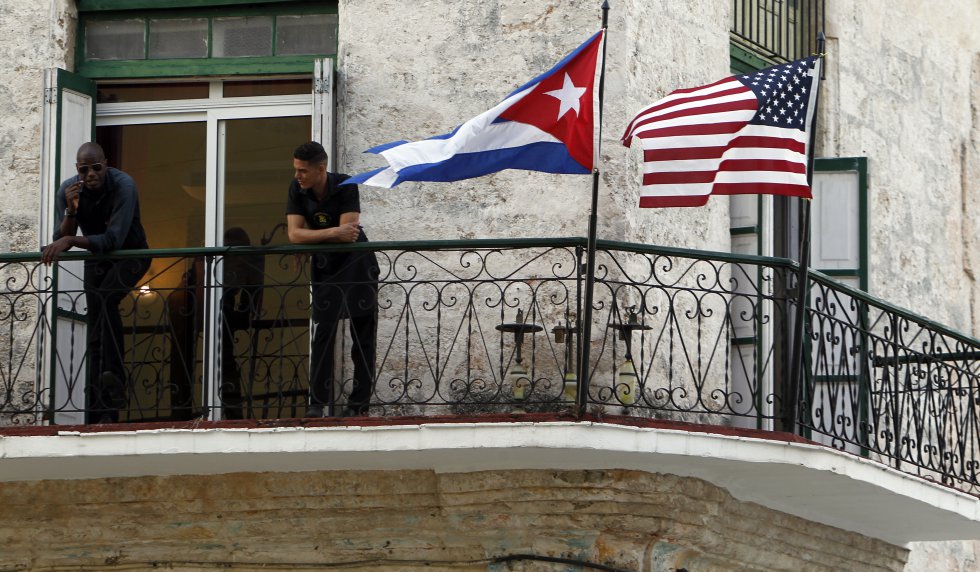 Three weeks before the Summit of the Americas convened by US President Joe Biden, Cuba has launched a diplomatic offensive against Washington for its possible exclusion from the meeting, as well as against Venezuela and Nicaragua, and warns the US that it should attend to the claims from presidents of countries such as Mexico, Honduras or Bolivia, who have asked him to reconsider his position and invite everyone or, otherwise, they will not attend. The Cuban Parliament considered this weekend the US veto as a “new aggressive act of the United States against Cuba” that has no “justification”, while President Miguel Díaz-Canel assured on his Twitter account that “the new era that he wants the continent does not admit exclusion”. “Rather than being guilty of hate politics, the United States should listen to the many who, in Latin America, call on it to host an inclusive summit,” he added.

Washington has not yet issued the official invitations to the governments of the nations that will attend the Summit of the Americas, which will take place in the city of Los Angeles between June 6 and 10. But various US officials have already indicated that only democratic countries will be called and that Cuba, Nicaragua and Venezuela do not meet these standards.

Cuban Foreign Minister Bruno Rodríguez has stated that the Biden Administration should not exclude certain countries, since it is a Summit of the Americas, not a Washington Summit. According to Rodríguez, the Government of the United States convenes a “limited and exclusive summit” because it is “subjected to pressure from extreme sectors,” and affirms that doing so goes against its own interests, since “it excludes Cuba from discussions on issues that , such as migration, occupy an important place in the bilateral and regional relationship”.

In the diplomatic pulse with Washington, Havana’s positions have been reinforced by the attitude of several leaders in the area, starting with the Mexican Andrés Manuel López Obrador, who has expressed his full support for Cuba and has even called for “unity.” among the countries of the Americas to avoid exclusions, insisting that Washington reverse its veto policy.

“I still hope there will be a favorable response for all of us to participate. Whoever does not want to go is within their rights, but I hope that no one excludes anyone,” López Obrador said last week, after reiterating that he will not attend the Summit of the Americas if countries are left out, although he would send his Foreign Minister, Marcelo Ebrard, representing Mexico.

A similar position was expressed by the Government of Chilean Gabriel Boric: “The last few years show that exclusion has not given results in terms of human rights in Venezuela, Nicaragua and Cuba,” Chilean Foreign Minister Antonia Urrejola said this weekend in a interview with the newspaper Third on Sunday. “Everyone knows what the position of the president is [Gabriel Boric] regarding the human rights situation in those countries and mine too,” added the minister, who has been especially critical of what she considers abuses by the government of Nicaraguan Daniel Ortega. “What we have been insisting on in the bilateral talks and what the president wants is that hopefully this will be as broad a summit as possible,” she added.

Another of those who has asked to include all the nations of the region in the meeting is Argentine President Alberto Fernández. “I plan to go, but I ask the organizers the same thing that López Obrador asked of them: to invite all the countries of Latin America,” he said in an interview in Berlin with the German DW. In addition, the Twitter account of the Community of Latin American and Caribbean States (Celac), which is under the pro tempore presidency of Argentina, asked to go beyond “ideological divisions” and “avoid exclusions that prevent all the voices of the hemisphere dialogue and be heard”.

For their part, the nations that make up the Caricom (Caribbean Community), which had initially declared themselves in favor of boycotting if there were vetoed countries, are now debating a common position after receiving pressure from Washington, as confirmed by the Prime Minister of Belize, John Briceño, current president of this organization. “We said we would only attend if everyone is invited, but as everyone knows, the Americans are under intense diplomatic pressure to get us to attend,” Briceño said.

The Cuban foreign minister has considered that it would be “surprising” if Joe Biden departed from the policy that he himself defended when he was vice president of Barack Obama, and finally did not invite Cuba to the ninth Summit of the Americas. The island has participated in the last two editions of the presidential meeting, the first in 2015, in Panama City, where the historic first meeting between Obama and the then Cuban president, Raúl Castro, took place; and in April 2018, in Lima, at the invitation of Donald Trump himself, his great enemy.

According to Rodríguez, “the host country of the Summit of the Americas has no right to impose arbitrary exclusions,” and if it does, “it is a politically motivated decision with no other basis than false accusations and double standards to hide its true nature, linked to US domestic and electoral politics”. For Havana, the exclusion of Cuba from the next Summit of the Americas would constitute a serious historical setback in relation to previous summits.